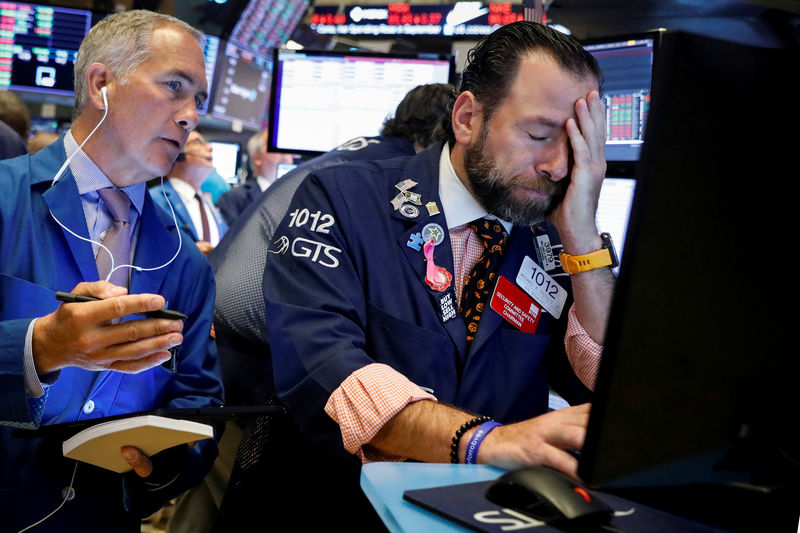 Lyft tumbled 5% after reporting better-than-expected quarterly results late on Wednesday, while Pinterest (NYSE:) dropped 2% ahead of its report after the bell.

Uber slumped 7%, bringing its decline since its May initial public offer to 30%. SmileDirectClub also fell 5%, extending the loss since its IPO last month to 49%, despite a wave of “buy” ratings this month from investment banks involved in listing the company, which sells plastic teeth aligners, a rival to traditional braces, directly to customers.

Crowdstrike Holdings (O:), Beyond Meat (O:) and Slack each fell 3% or more.

The day’s selling in those stocks reflects investors’ growing distaste for a wave of high-profile companies that went public this year, many of them cloaked in the trappings of technology companies worthy of the highest valuations, despite being unprofitable.

“There’s an utter lack of appetite for unprofitable tech companies,” said Joel Kulina, senior vice president of institutional cash equities at Wedbush Securities. “People just want the year to end, and protect any profits they have, and not try to catch any falling knives.”

Underscoring Wall Street’s increasing selectiveness, Lyft’s stock fell after it said higher-than-expected third-quarter revenues and an improved outlook showed it was well on its way to profitability by the end of 2021.

Online scrapbook company Pinterest is up 32% since its April IPO, making it among the more successful of this year’s series of IPOs from “unicorns” – rare startups valued at over $1 billion. It is trading at almost 10 times expected revenue, according to Refinitiv, a high valuation common among the group.

Due to report after Thursday’s stock market close, Pinterest was expected by analysts to post a quarterly non-GAAP net loss of $27.6 million.

Plant burger seller Beyond Meat last Monday reported its first-ever net profit and raised its full-year sales forecast, but its shares have fallen 19% since then. The stock has been hurt in part by the lifting of a restriction on insiders and employees selling their shares, which are still up 243% since Beyond Meat’s May IPO. Analysts on average expect Beyond Meat to lose more money over the next two quarters.

Unprofitable U.S. companies holding IPOs this year have had a median stock loss of 2%, compared to a median increase of 4% for profitable companies that held IPOs, according to a Reuters analysis. The has grown 21% in 2019.