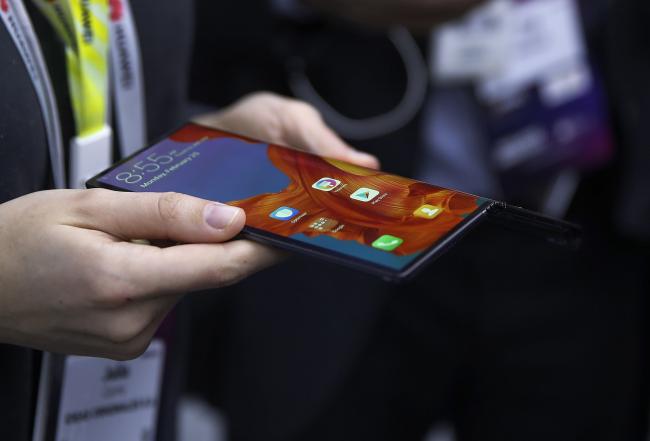 (Bloomberg) — Sign up for Next China, a weekly email on where the nation stands now and where it’s going next.

The country’s three wireless operators need to attract users to help pay for infrastructure they’ve spent more than $43 billion on in this year alone. While the technology is essential for developing industrial applications expected to drive a new digital economy, its faster speeds and lower lag times may be less compelling for consumers than previous upgrades.

On the launch day of fifth-generation services in Beijing’s financial district, stores were quiet as carriers said they expect more users to sign up online.

On the Twitter-like Weibo, “5G launching in 50 cities” and “5G package prices” were among the top-20 trending topics. But some Chinese consumers are balking at the high prices for handsets and service plans.

“I don’t have money to buy a 5G phone, or to pay for a plan,” said Weibo user Yuanyao. “Too expensive. I can’t afford it,” said another named XBACK-No fear.

While carriers look to lure more users to pay up for faster services, China’s handset makers also stand to benefit from fast uptake.

Huawei Technologies Co., which also supplies the biggest slice of 5G network equipment, saw its smartphone market share jump to 42% in the third quarter, up from around 25% a year ago, according to research firm Canalys. It has already introduced several 5G models, as have Chinese brands including ZTE (HK:), Xiaomi and Vivo.

Huawei has already debuted models that work on the super-fast network in the U.K. and other markets in addition to China. On Wednesday, the reported that Apple is telling suppliers that it expects to ship at least 80 million iPhones with 5G wireless modems next year.

As of Thursday, China Mobile Ltd. was offering discounts of as much as 30% for users that pre-registered for 5G. Consumers buying 5G handsets from the carrier will get as much as 600 yuan ($85) off and gifts worth 699 yuan, the biggest operator by users said in a statement.

China Unicom Hong Kong Ltd., the No. 3 carrier, and No. 2 China Telecom Corp. are also offering similar discounts to pre-registered users, along with other discounts and gifts via online lotteries and through their branches throughout the country.

South Korea’s wireless carriers were the first to offer commercial 5G services, with SK Telecom Co. launching its network in April and Samsung already offering a 5G-enabled smartphone. Total 5G subscribers have surpassed 3 million in the country, although consumer reaction has been mixed.

The faster network’s coverage was initially incomplete, leaving users to fall back on 4G more than some had expected, especially when using the service indoors.

South Korean carriers SK Telecom Co., KT Corp. and LG Uplus Corp., have also sought to entice new users to adopt the technology, offering trade-ins and incentives that slash the price of new 5G phones to less than $200 from sticker prices of as much as $1,000. The subsidies have declined as the rollout expanded, said Kim Hee Sup, vice president at SK Telecom.

T-Mobile US (NASDAQ:) Inc. earlier this week said it will flip on a nationwide 5G service by year end. Still, the carrier doesn’t offer yet offer a 5G compatible device yet and the service will be available only on one band of airwaves they are calling the “foundational layer,” with more layers of spectrum to come.

The largest U.S. wireless carrier Verizon Communications Inc (NYSE:). launched 5G in April and has promised to have it available in parts of 30 cities this year. Rival AT&T Inc. has 5G in areas of 21 cities and plans to offer 5G nationwide by mid 2020. Sprint Inc., which has limited 5G available in nine cities, has promised a superior 5G network if its $26.5 billion merger with T-Mobile is approved.