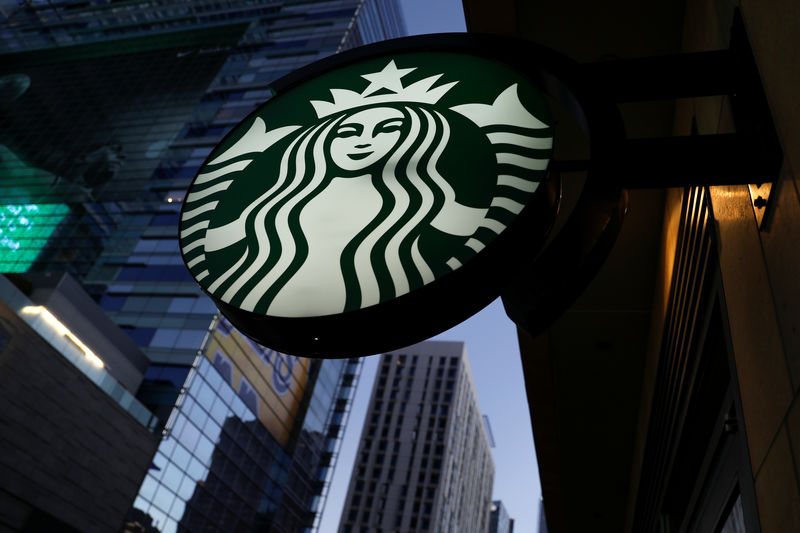 © Reuters. A Starbucks sign is show on one of the companies stores in Los Angeles, California

Shares rose 3% in extended trading after as of the Seattle-based company also forecast 2020 comparable restaurant sales largely above estimates.

Starbucks has beefed up its “Rewards” program with perks including access to Happy Hours events and the ability to skip lines with a mobile payment option as it battles rising competition from niche independent coffee shops in the United States, as well as local startups such as Luckin Coffee (N:) in China.

The program saw its active membership in the United States jump 15% to 17.6 million in the fourth quarter.

Sales at restaurants open for at least 13 months rose 5% in the fourth quarter ended Sept. 29. Analysts had forecast same-store sales growth of 3.95%, according to IBES data from Refinitiv.

Starbucks said it expects fiscal 2020 global comparable restaurant sales to rise 3% to 4%, while analysts had expected a 3.3% increase.