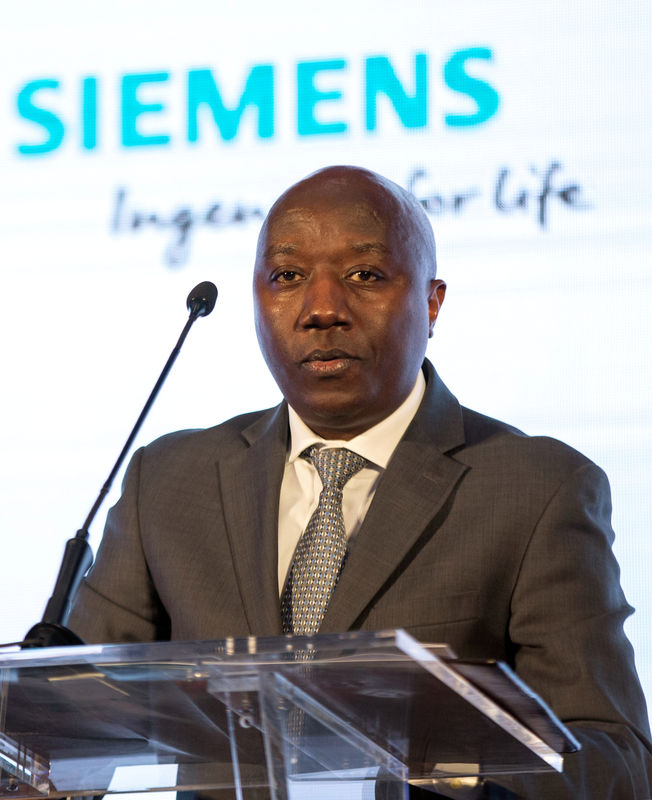 KIGALI (Reuters) – Volkswagen (DE:) is importing a batch of electric powered Golf models into Rwanda for a local ride-hailing service, establishing a bridgehead in the country that it hopes to expand to other nations as it seeks to increase market share globally.

Importing the vehicles into Rwanda, which sells itself to foreign investors on its reliable infrastructure, stability and relative ease of doing business, and where VW already assembles cars, is initially intended to test infrastructure and performance in the region’s climate.

“We’ve been investing more than $30 billion into new electric vehicles and platforms and the entire world is moving in that direction,” VW’s Africa boss Thomas Schaefer told Reuters. “The plan for Africa is that ultimately, we replace the whole fleet into electric.”

VW, which has a global target of producing 600,000 electric cars a year by 2022, is starting small in Kigali, importing 50 eGolf models in the first few months. The vehicles – combustion-engine cars modified to run on electricity – will be integrated into the company’s app-driven “Move” service, launched last December.

The stations can charge up to 80 percent of a car’s battery within an hour, although it takes around 11 hours to charge a car at home, said Andile Dlamini, the group’s communications officer. The eGolf’s range, fully charged, is up to 230 kilometers. VW’s new ID3 models to be launched next year will have a range of 600 km.

Rwanda has an installed power generation capacity of 286 MW the cars would mainly charge at night, when there is an excess of power. Unlike many African nations, Rwandan electricity is relatively reliable.

Schaefer acknowledged the high price of electric cars would not appeal to most African consumers, but said scaling up production and favorable government policy could help bring prices down.

“The Rwandan government is working on electric vehicle policy and if that policy favors electric cars over traditional, then that development can happen very fast,” Schaefer said.