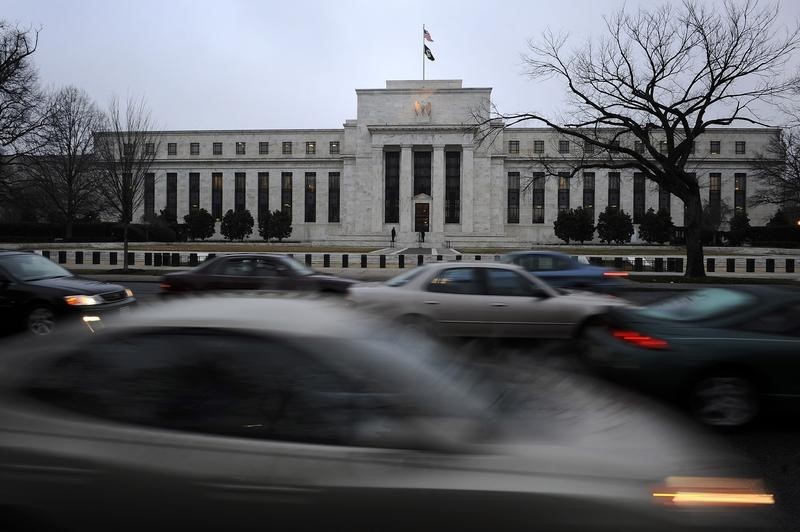 Investing.com – Here’s a preview of the top 3 things that could rock markets in tomorrow’s session.

The Federal Reserve delivers its interest-rate decision on Wednesday at 2:00 PM ET (18:00 GMT).

But with a rate cut all but priced in, the language in the accompanying monetary policy statement will be carefully parsed for clues on whether more cuts are in the pipeline for this year.

Many on Wall Street expect the Fed won’t commit to further cuts, but will signal a willingness to carry out further easing if economic conditions deteriorate.

After the rate decision, attention will turn to Fed Chairman Jerome Powell’s , expecged to start at 2:30 PM ET.

A first reading on third-quarter U.S. economic growth and an update on the private jobs market are also in focus for tomorrow.

Ahead of Friday’s nonfarm payrolls report, traders will look to ADP’s measure of private-sector employment for an update on the labor market.

A wider read on the economy comes just 15 minutes later, with the Bureau of Economic Analysis reporting its initial reading of third-quarter 2019 gross domestic product.

Economists, on average, expect that slowed to a seasonally adjusted annual rate of 1.6% from 2.0% in the second quarter, according to forecasts compiled by Investing.com.

Its user additions during in the quarter will likely be the key metric to watch. Monthly active users are expected to rise to 2.45 billion for the quarter, up about 8% from the year-ago period’s 2.27 billion.

Despite the uptick in regulatory scrutiny, investor sentiment on Facebook ahead of the earnings report is positive, even if the shares were off slightly on Tuesday. Wall Street seems confident that the company has continued to benefit from strong advertiser demand.

Beyond earnings, guidance will also come under scrutiny amid expectations that the company may predict a return to being cash flow positive following a two-year investment in measures to improve security on its platform.

“As we have been expecting for some time, our primary focus is a return to free-cash-flow growth (for Facebook) in 2020 after a two-year period of investment. Our checks with advertisers continue to suggest minimal deceleration for U.S. budgets,” Credit Suisse (SIX:) said in a note to clients.

Analyst estimates compiled by Investing.com project of $2.83 a share, down slightly from a year ago. Revenue is estimated at $62.9 billion, up 2.4%.

But the fiscal first quarter is the biggest revenue and profit generator.