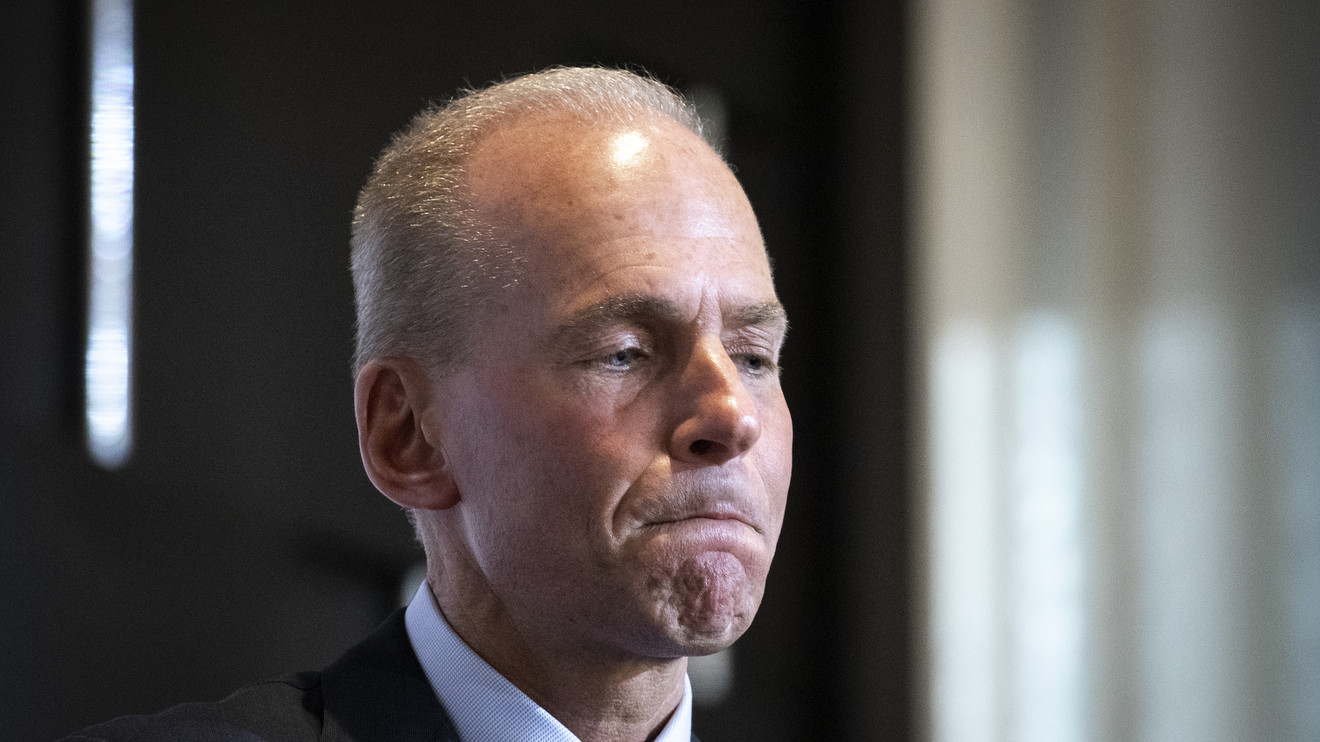 The tough talk came during Muilenburg’s appearance before the Senate Commerce Committee for a hearing on Boeing’s BA, +0.13% 737 Max debacle. He also is scheduled to testify on Wednesday to the House Transportation Committee.

Crashes that occurred a year ago and in March were “the result of a pattern of deliberate concealment,” Democratic Sen. Richard Blumenthal said.

“Boeing came to my office shortly after these crashes and said they were the result of pilot error,” the Connecticut lawmaker added, but in fact the pilots “never had a chance.” Blumenthal also described the 737 Max jets as “flying coffins.”

Tuesday is the anniversary of last year’s crash of a Max off the coast of Indonesia. A total of 346 passengers and crew were killed in that accident, with 157 fatalities in another crash in Ethiopia on March 10. Boeing is being sued by families of some of the victims and faces a criminal probe by the Justice Department.

Republican Sen. Roger Wicker of Mississippi, who chairs the Senate panel, grilled Muilenburg in part over how a former Boeing chief technical pilot, Mark Forkner, talked in an instant message about “Jedi mind tricking regulators.” Wicker asked the CEO if it was his decision to wait for months after the March crash before releasing that IM to American regulators.

“I relied on our counsel to provide that to the appropriate authorities,” Muilenburg told Wicker.

“I’m not sure what he meant by that. We haven’t been able to talk to him. He doesn’t work for Boeing anymore. We’ve been trying to contact him,” Muilenburg said.

Some analysts were playing down what Muilenburg’s two days on Capitol Hill actually would mean for Boeing.

“The main risk the company faces from these hearings is a few days of negative headlines. Congress does not have direct oversight authority over the company and cannot actually take action to punish Boeing for any perceived wrongdoing,” said analysts at Beacon Policy Advisors in a note Tuesday.

And see: Boeing to see $5.6 billion hit on groundings

Democratic Rep. Peter DeFazio of Oregon, who chairs the House Transportation Committee, plans to roll out legislation to boost the Federal Aviation Administration’s ability to oversee manufacturing and safety processes, but the timeline for any measure is unclear, Beacon’s team added.

Meanwhile, the 737 Max could be back in service in the U.S. by year’s end or in early 2020 as the FAA gets closer to lifting its ban on the plane, while other regulators around the world look set to move more slowly, as trade tensions with the U.S. potentially play a role.

Also during Tuesday’s hearing, GOP Sen. Ted Cruz of Texas showed an internal document in which Forkner said he “basically lied to the regulators.”

“Mr. Muilenberg, how in the hell did nobody bring this to your attention in February when you produced this to the Department of Justice? How did you just read this a couple of weeks ago?” Cruz asked.

The CEO then said he was “made aware” of that type of document early in the year and then counted on the company’s attorney to handle the issue, leading Cruz to criticize him for using “passive voice and disclaiming responsibility.”

The Max has been grounded globally since March, and regulators are working toward approving software fixes and pilot-training revisions affecting an MCAS automated system that misfired, put the two Max jets into nosedives and overpowered pilots’ attempts to recover.

In his prepared remarks at the start of the Senate panel’s hearing, Muilenburg expressed sympathy to the victims’ families and told lawmakers that Boeing made mistakes and has learned and is still learning from the Max accidents.