Home
Stocks
The Margin: Reviews for Apple’s $15 million per episode ‘The Morning Show’ are in, and they’re pretty bad
Prev Article Next Article 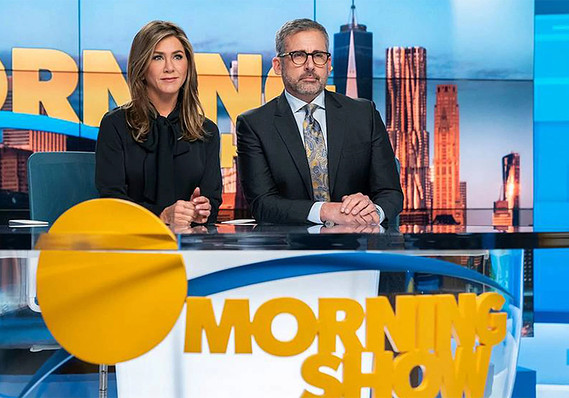 “The Morning Show” could be off to a rough start.

The drama starring Jennifer Aniston, Reese Witherspoon and Steve Carell as broadcast journalists working on a “Today” show–like set — with Carrell’s character getting canned over sexual-misconduct allegations à la Matt Lauer and Charlie Rose — is the highest-profile original series coming to Apple TV+ on Friday. Yet many early reviews of the first three episodes are pretty … bad.

And that’s troubling, especially considering each episode of “The Morning Show” costs Apple AAPL, +0.76% more than $15 million to make, according to a Financial Times report — that’s more expensive than an episode of “Game of Thrones.” HBO’s T, +4.13% bloody medieval drama ran between $6 million and $8 million per episode leading up to its final two seasons, when some installments began pushing the $15 million mark and beyond.

Variety dubbed “The Morning Show” a “politically muddled, underthought, and underwhelming streaming misfire.” The review mused that the show tries to take on too many provocative topics, including the #MeToo movement, the morning-show boys club, as well as what news coverage should and shouldn’t be.

“‘The Morning Show,’ in trying to sell all sides of its story without committing to telling a single one well, falls startlingly short,” summed up Variety’s Daniel D’Addario. “And, worst of all, there’s not a human worth caring about in sight.”

TV Line graded it a C+ and wrote it off as “preachy, jumbled Sorkin lite,” referring to Aaron Sorkin, the creator of the Emmy Award–winning NBC CMCSA, -0.46% series “The West Wing” and the HBO series “The Newsroom,” which scored star Jeff Daniels a best-lead-actor Emmy.

Rolling Stone said the series “rises but doesn’t shine” despite an all-star cast. While it noted the show “isn’t terrible,” and praised the performances of Billy Crudup, Witherspoon and Aniston, reviewer Alan Sepinwall complained that the show is a “well-polished snore.”

The Hollywood Reporter panned it as “broadcast snooze” but added that it has potential. While the first two episodes see the series “struggling and floundering to find its focus, tone and attitude toward its main characters,” Episode 3 hints at a “more satisfying and confident” show down the line.

“Did the behemoths at Apple really get into the crowded original TV marketplace to become the latest perpetrator of ‘It eventually gets better!’ patience-testing?” asked critic Daniel Feinberg.

But “The Morning Show” does have some fans already in its corner. AV Club gave it a glowing review, calling it a “winner,” “sly” and “timely,” while also raving that it’s “a lot of fun.” But writer Alex McLevy allowed that it “takes a while to get going,” and that the plot is “sprawling and overlong.”

Apple TV+, the latest player in a streaming war whose combatants include Netflix NFLX, +2.49% , Hulu, Amazon AMZN, +0.87% , Disney DIS, -0.31% and others, goes live on Friday for $4.99 a month. Customers who’ve recently bought an iPhone, iPad, Mac, Apple TV or iPod Touch get a free one-year subscription.

Read more: Now that ‘Seinfeld’ is coming to Netflix, how does it stack up against Amazon, Apple, HBO, Hulu and Disney?

Other original series coming to Apple’s service include “See,” starring “Aquaman’s” Jason Momoa living in a world where humans have lost their sense of sight; “Dickinson,” with Hailee Steinfeld playing a young Emily Dickinson; and the space-race miniseries “For All Mankind.” Some of their early reviews are also mixed.