Home
Stocks
Market Extra: It may be the perfect time to buy European stocks, say these strategists
Prev Article Next Article

European stocks have lagged behind their American peers for the past two years, as eurozone growth stalled amid the aftermath of the U.S.-China trade war that has hobbled export-dependent economies like Germany and the Netherlands. 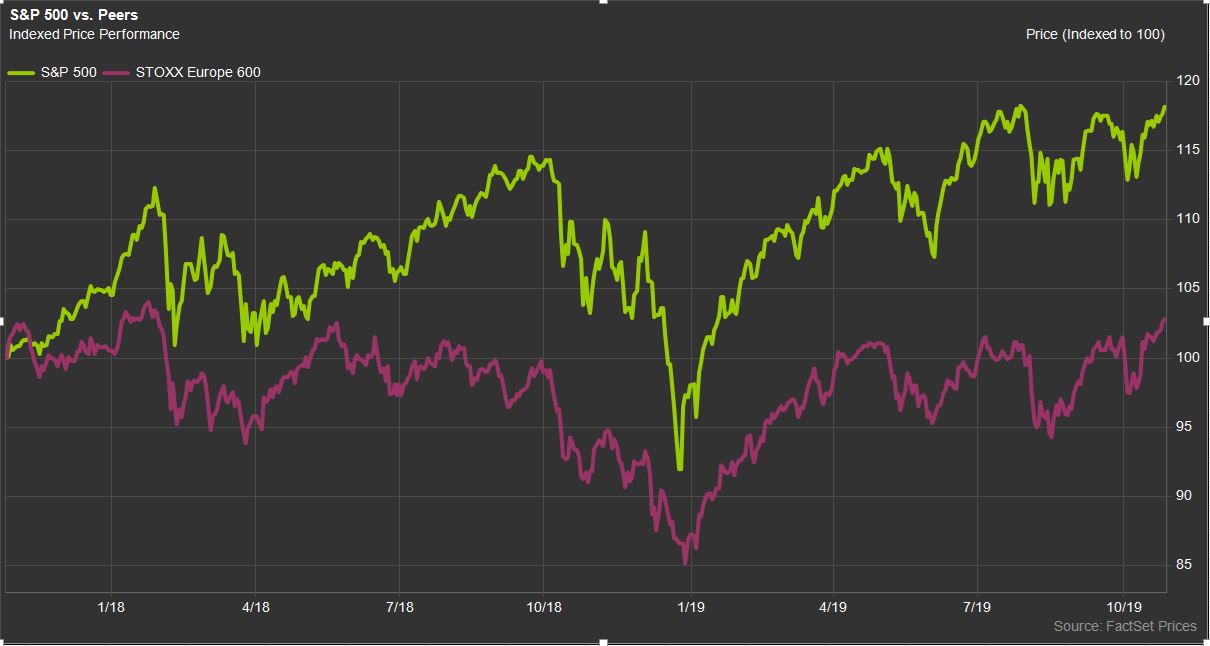 But this trend will reverse in the coming months, according to a research note published Monday by Mislav Matejka, head of global and European equity strategy at J.P. Morgan.

Matekja said that he cut his overweight rating on U.S. equities to neutral and he now believes “that international stocks will be an outperformer going forward,” given that U.S. stocks are now relatively expensive after outperforming European stocks by 25% during the past two years. 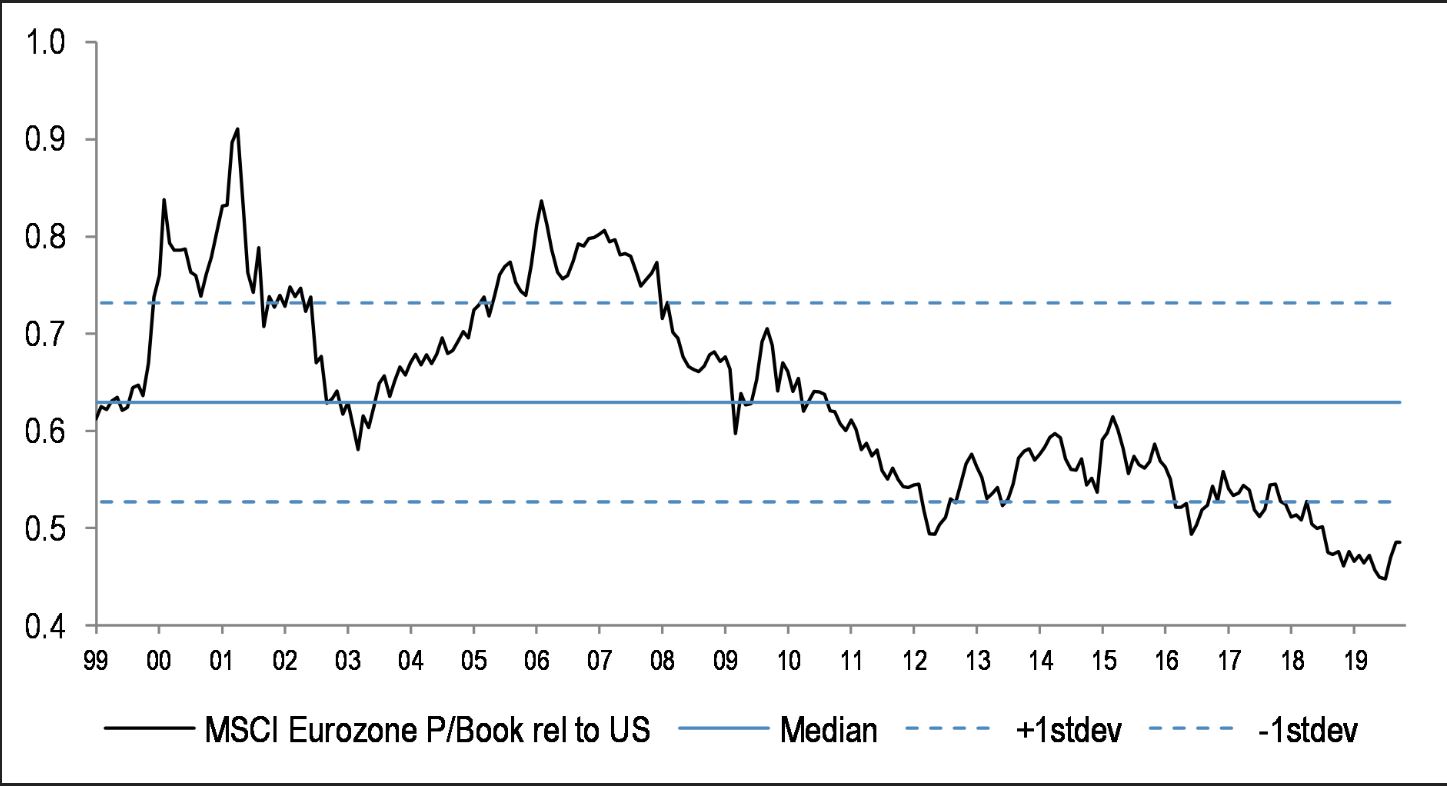 Furthermore, he predicted that recent weakness in the European economy, reflected by weak readings in purchasing manager index (PMI) surveys, are set to rebound as monetary stimulus and the likely resolution of Britain’s exit from the European Union drive business confidence and spending.

“Fundamentally, we believe the long downtrend in Eurozone PMIs should be coming to an end,” Matejka wrote. “The only time when Eurozone new orders were meaningfully weaker than current was during the great financial crisis crash, when credit markets stopped working and banks balance sheets were under pressure.”

That isn’t the case this time around, Matejka argued, as “the latest ECB bank lending survey, out just last week, showed and improvement in lending standards.”

Another important factor is the European Central Bank, which affirmed last week its plan to begin making net asset purchases of €20 billion a month as it resumes its quantitative easing strategy, aimed at keeping interest rates low and growing the money supply. “There is a positive, leading relationship between the [growth in eurozone money supply] and PMIs,” such that money growth is “pointing to an imminent rebound in PMIs,” Matejka wrote.

Another force that could help to drive European equities in the quarters ahead is fiscal stimulus, usually defined as increased government spending and tax cuts. While European leaders, especially those in Germany, have resisted calls for more deficit spending, there is a clear case for increasing investment, given that many of these countries can borrow at negative interest rates.

“The populist movements around the world are likely to drive more fiscal policy action in both regions, especially in Europe, which should allow the central banks to exit their extraordinary monetary policies and help valuations to rise,” wrote Lisa Shalett, chief investment officer at Morgan Stanley Wealth Management, in a Monday note to clients.

At his penultimate meeting last month, outgoing ECB President Mario Draghi declared that it was “high time for fiscal policy” to boost Europe’s flagging economy, as he cautioned about the limits of central bankers.

Others see reasons for optimism in the European labor market. “[I] believe that Eurozone data is simply not as weak as the narrative spun by the media consensus, with the main exception of German exports,” wrote Christopher Wood, head of global equity strategy at Jefferies, in a Sunday note. “The bulk of employment growth in France, Italy and Spain in recent quarters, for example, has been in permanent jobs as opposed to temporary ones, while wage growth in the Eurozone has also been accelerating.”