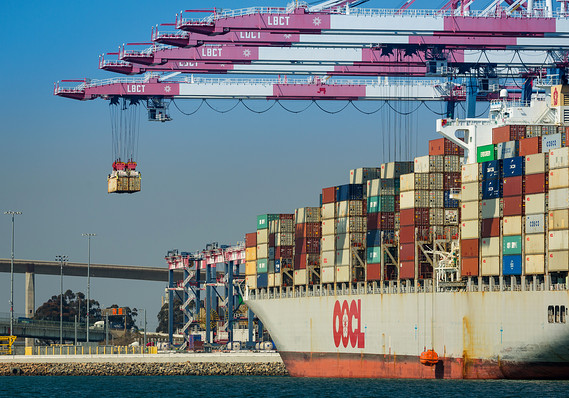 A gantry crane unloads containers from a cargo ship at the Long Beach Container Terminal at the Port of Long Beach in Long Beach, California.

The numbers: An early look at U.S. trade patterns in September points to

The advanced trade deficit in goods narrowed to $70.4 billion in September, down 3.6%, according to the Commerce Department’s advanced estimate released Monday. That was much smaller than the $73.7 billion estimate of economists polled by MarketWatch. The report is used by the government to better measure GDP.

What happened: Both imports and exports fell in August, but imports fell at a faster pace.

The declines were widespread. Imports of consumer goods fell by 5% and capital good imports were down by 2.3%.

Food products accounted for the bulk of the decline in exports.

Big picture: The trade war is slowing down global trade. Total exports are now down almost 4% over the past year, while imports are down 3%.

What are they saying: “We continue to expect net trade to be a drag on growth in the third quarter,” said Katherine Judge, economist at CIBC World Markets.