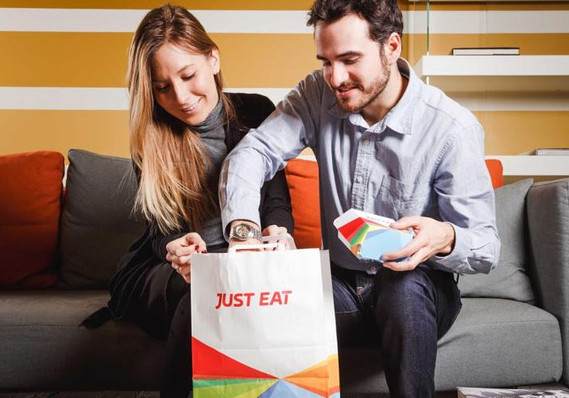 The bidding war for Just Eat has become increasingly acrimonious after activist investor Cat Rock Capital on Monday launched a scathing attack on Prosus, accusing it of “undermining” the sale of the U.K. online food-delivery company.

Cat Rock alleged that Delivery Hero DHER, +2.19%, the online food delivery company which is 22% owned by Prosus, was selling shares in Takeaway TKWY, +1.07% to artificially lower the price of Takeaway’s stock and make its bid for Just Eat less attractive to shareholders. Cat Rock owns 3% of Just Eat as well as 5.6% of Takeaway.

“Delivery Hero structured its share sales in a bizarre and uneconomic fashion that seems deliberately intended to depress Takeaway.com’s stock price in the run-up to the shareholder vote on a merger with Just Eat,” Cat Rock said in a statement to the London Stock Exchange.

In September, Delivery Hero hired bank Morgan Stanley to sell three million shares it owned in Takeaway at a minimum of €73 each.

“We categorically refute all allegations made by certain parties regarding [Takeaway shares sale],” Delivery Hero said in a statement.

On Monday Takeaway issued a statement asking Delivery Hero to abstain from voting on its acquisition of Just Eat, claiming a conflict of interest.

“Delivery Hero’s own market position as well as Prosus’ position as the largest shareholder in Delivery Hero in itself gives rise to a conflict of interest,” Takeaway said. Delivery Hero operates in 41 countries and owns a 55% stake in Brazilian startup iFood and a 39% stake in India’s Swiggy.

Just Eat and Takeaway announced plans to merge in July in an £8.2 billion deal which would create the world’s biggest online food-delivery outside of China and a competitor to Uber Eats.

Prosus had hoped that its all-cash offer of 710 pence a share would beat Takeaway’s all-stock offer, which valued Just Eat at 731 pence a share. However, the decline in Takeaway’s share price since then has reduced the value of the deal to around 594 pence a share.

Several investors in Just Eat also rejected the offer from Prosus. SM Trust, the biggest investor in Just Eat with a 13% stake, called for a higher offer, while Aberdeen Standard Investments, the fifth-biggest shareholder with a 5% stake, said Prosus would need to increase its offer by at least 20% to be considered attractive.

A spokesman for Prosus said: “We believe our offer is superior and provides certain value to shareholders and we look forward to discussing it with them in the coming days and weeks.”

Cat Rock said that it believed Takeaway’s offer for Just Eat valued the U.K. company at 1,200 pence per share by the end of 2020, based on the 2021 consensus revenue forecasts for each company and a multiple of 7.5 times forward revenue.