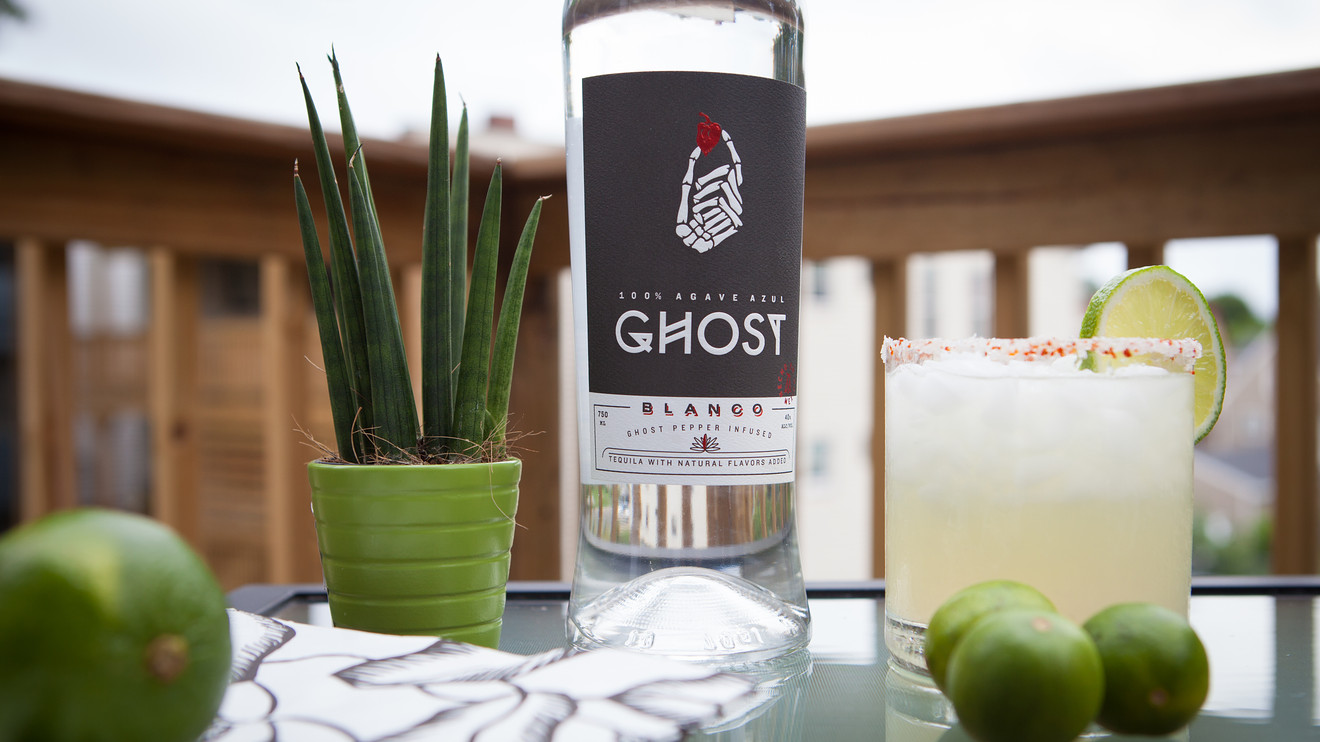 The back story: These days, it’s not unusual to see bars and restaurants offering a spicy version of the classic margarita — typically by adding a few slices of hot pepper for that extra kick. But what if a cocktail enthusiast wanted the heat built into the booze?

That is the thought behind Ghost Tequila, a brand that has surged in popularity since its introduction a few years ago. The “ghost” is referring to the ghost pepper, which is among the spiciest varieties available. And the brand is the brainchild of Chris Moran, a onetime Boston bartender who got the idea from his experience in the cocktail world. Moran sourced what he calls a “top quality” tequila from Mexico and then mixed it with a drop of ghost-pepper extract he developed on his own. He experimented with other peppers, but found the ghost worked best “because you can use such a little bit of the pepper to add heat.”

The tequila took off in the U.S. almost immediately, Moran adds, with volume growing at about 200% annually. He plans to soon introduce it in international markets. “People love spicy everywhere,” he says.

What we think about it: We’re fans of all things that tickle the tongue, but often find that flavored spirits have an artificial taste. Still, Ghost Tequila works for us: It’s a clean, almost sweet-tasting tequila that has a nice kick at the end. So in spite of the ghost pepper’s blistering reputation, the heat isn’t overwhelming, though it’s certainly there.

How to enjoy it: Yes, this makes a fine spicy margarita. But Moran suggests trying it in place of other spirits for a variety of cocktails — say, an Old Fashioned. It can also be sipped (more like downed) in shot form, though Moran offers the idea of mixing it with something even in a shot glass (he likes it with watermelon juice). No matter how it’s served, the tequila could be a fun addition to a grown-up Halloween party — it’s a “ghostly” drink, after all.