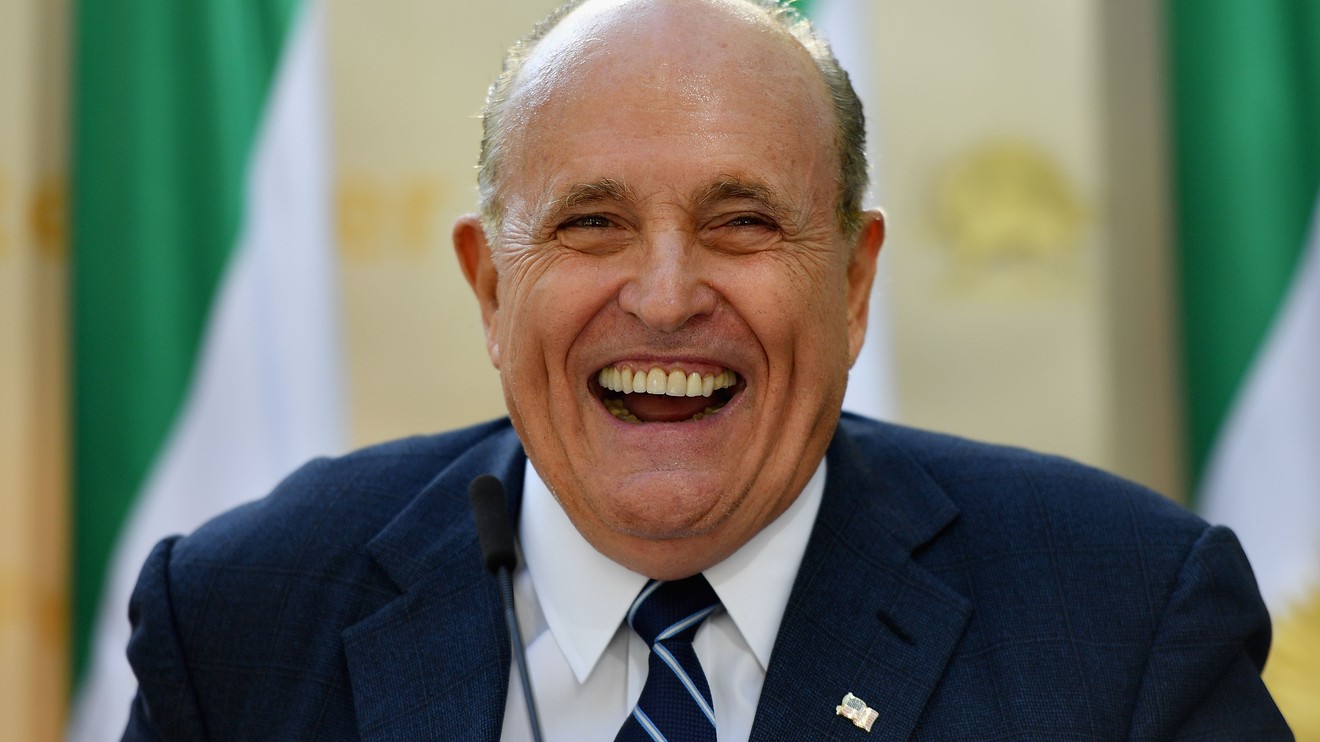 President Trump’s personal attorney, Rudy Giuliani, has been caught on tape talking about an apparent business arrangement with a super-wealthy Persian Gulf nation when he accidentally dialed an NBC News reporter in the middle of the night.

The former New York mayor at one point declared that “the problem is we need some money.” After nine seconds of silence, Giuliani specified: “We need a few hundred thousand.”

“Let’s get back to business,” Giuliani was recorded telling an unidentified third person in the voicemail message recorded at 11:07 p.m on Oct. 16. “I gotta get you to get on Bahrain.”

The reporter, NBC News’ Rich Schapiro, was asleep and discovered the message after the fact.

Giuliani runs a security consulting firm and has deep business ties to the Arab nation, and has even had a sit-down with Bahrain’s ruler, King Hamad Bin Isa al-Khalifa.

However, it’s unclear what business Giuliani was referring to or if he was discussing in the country in his capacity as a security consultant, Trump’s personal attorney or as Trump’s informal foreign policy adviser.

It was the second time in three weeks that the former New York City mayor butt dialed Schapiro.

The first call came Sept. 28 at 3:37 p.m. during the birthday party for Schapiro’s 3-year-old daughter in central New Jersey. Schapiro let it go to voicemail.

Giuliani did not respond to requests for comment from NBC on Thursday before the story was published.

It wasn’t the first time it happened. In September, Giuliani left a voice message where he can be heard blasting former Vice President Joe Biden’s family. That message didn’t come late at night but rather “when the NBC News reporter was at a fifth-birthday party for an extended family member in Central Jersey.” The three-minute voice message is almost entirely of the lawyer “railing against the Bidens, recycling many of the unfounded allegations he has been making on cable news and in interviews with print reporters.”

Giuliani also said that “there’s plenty more to come out” about Biden’s business dealings, specifically mentioning China, Kazakhstan, and Russia. “It’s a sad situation,” he said. “You know how they get? Biden has been trading in on his public office since he was a senator.” The president’s lawyer also specifically railed against Hunter Biden. “When he became vice president, the kid decided to go around the world and say, ‘Hire me because I’m Joe Biden’s son.’ And most people wouldn’t hire him because he had a drug problem,” he said.

It seems Giuliani really needs to learn how to lock his phone properly. After Schapiro published his story, lots of reporters came out to tell their own Giuliani butt-dial tales, Slate reported. “Everyone has a good Rudy butt dial story,” the Washington Post’s Josh Dawsey tweeted. “I’ve heard him on what sounded like a plane, at the airport, at what sounded like a bar.” Jonathan Swan of Axios tweeted that Giuliani once “texted me a voice memo recording of himself talking to a guy.”

Giuliani appears to know this is a problem—at least sometimes. The Daily Mail’s David Martosko tweeted that he once overheard Giuliani telling a Fox News producer: “And I butt-dialed him! Can you believe it?”

And there are even hints this may be sort of a trend for lawyers in Trump’s orbit. In March, Politico’s Darren Samuelsohn wrote that “both Rudy and Lanny Davis, Trump’s former lawyer’s lawyer, butt dialed me.”

— Slate contributed to this story