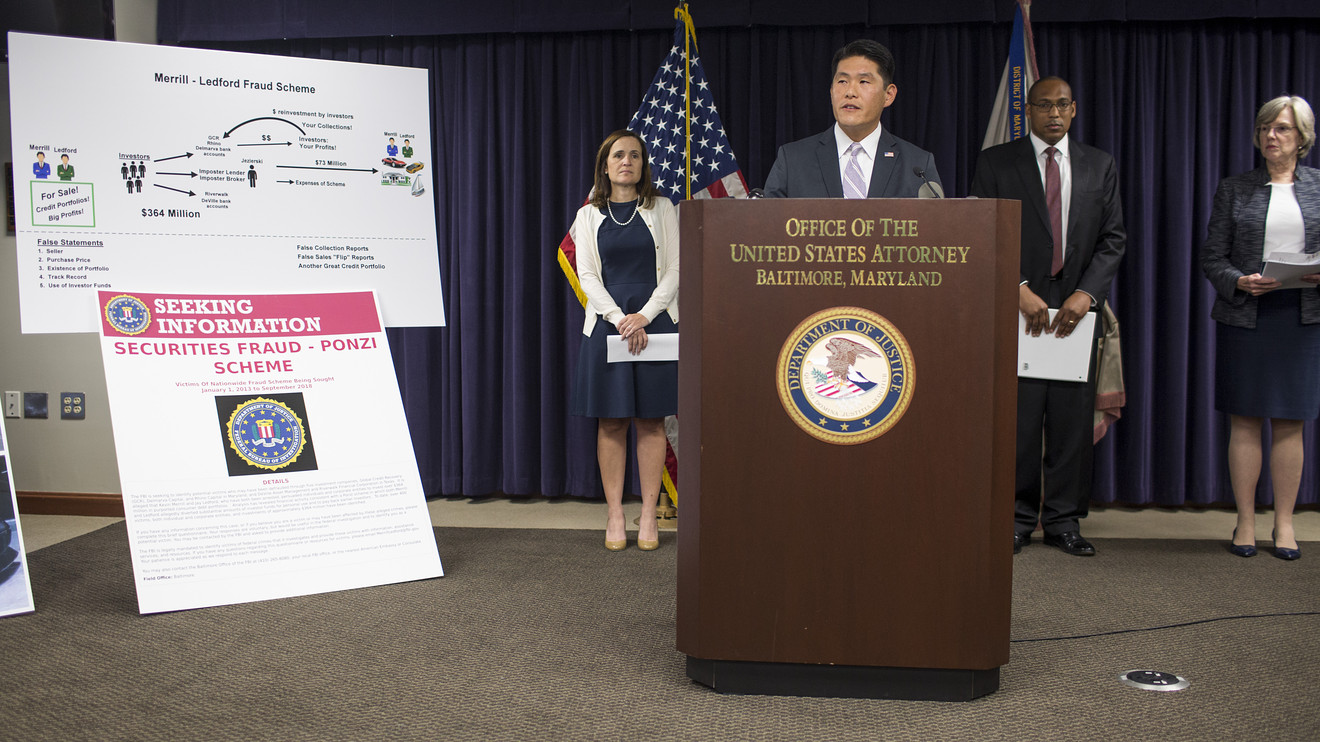 The wife of a convicted fraudster faces up to a year under house arrest with her two small children after pleading guilty to charges that she pocketed $26,000 worth of credit-card points that her husband racked up during a five-year crime spree.

She was also charged with allegedly sneaking an unknown amount of cash, up to $15,378, from the safe in the couple’s Naples, Fla. home, the U.S. Attorney’s office said.

“We will prosecute those, like Amanda Merrill, who hide assets which are subject to seizure, who obstruct justice, and who attempt to keep ill-gotten gains for their own benefit rather than restoring them to the victims of fraud,” U.S. Attorney Robert Hur said.

While the crime could carry a prison sentence, prosecutors are pushing instead for just 12 months house detention, with an electronic tag and work release. Merrill has two children, aged 1 and 2.

Her husband Kevin Merrill, 54, was sentenced Oct. 10 to up to 22 years in federal prison on counts of conspiracy and wire fraud for his role in a $394 million Ponzi scheme that the Federal Bureau of Investigation and the Securities and Exchange Commission busted last year. Merrill had already pleaded guilty, along with co-conspirators Jay Ledford, 55, and Cameron Jezierski, 28.

From 2013 through last year the three had run an elaborate scheme in which they allegedly raised money from outside investors purportedly to profit from investing in consumer debt portfolios, authorities said. In reality they were paying older investors with new investors’ money, while diverting $73 million into their own pockets, prosecutors said.

Federal investigators said Kevin Merrill amassed $39 million, six real-estate properties, 25 cars, a boat, a shared interest in a plane, jewelry and an insurance policy. When he was arrested in Maryland last year he allegedly had $520,000 in cash in his safe, authorities said.

Investigators froze all his assets, but his wife Amanda allegedly moved quickly to cash out the American Express points and to take cash and personal belongings from the couple’s home in Florida, including cash from the safe, investigators said. She was recorded getting instructions over the prison phone from her husband on how to open the safe, according to the U.S. Attorney’s Office.

“When the district court enters an order in a case, we expect the affected persons to abide by the order, not conspire to remove and hide assets,” Hur added.