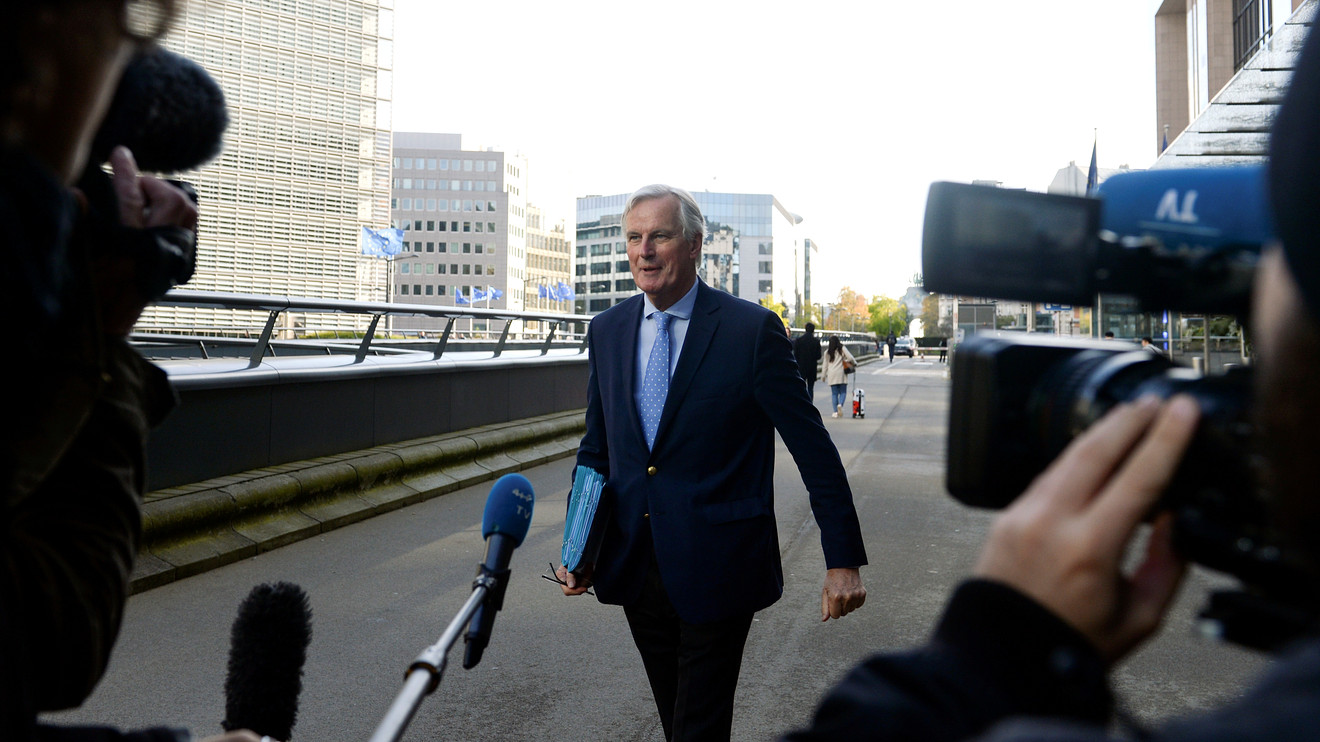 The British pound drifted lower Friday on uncertainty about whether, or how long, the European Union would extend the deadline for the U.K.’s departure from the bloc.

French President Emmanuel Macron blocked the European Union’s attempt to delay Brexit for three months, Bloomberg News reported. The European Commission said work would “continue in the coming days,” according to the BBC.

The question of whether the deadline will be extended beyond Oct. 31 is important because, if the deadline is not extended, the agreement reached between British Prime Minister Boris Johnson and the EU will not be implemented, and the U.K. will leave the union in a so-called hard exit.

But a short extension could essentially force the U.K.’s Parliament to reconsider the Johnson-negotiated deal.

One outlier was WPP WPP, +5.57%  , which surged nearly 7% as the advertising-agency group reported 0.7% comparable revenue less pass-through costs in the third quarter. “The group saw positive quarterly growth in revenue for the first time in over one year, which is a sign the company’s new strategy is paying off. Traditional advertisers like WPP have been losing ground to the likes of Google in recent years, so they have had to change their tactics,” said David Madden, market analyst at CMC Markets U.K., in a note to clients.