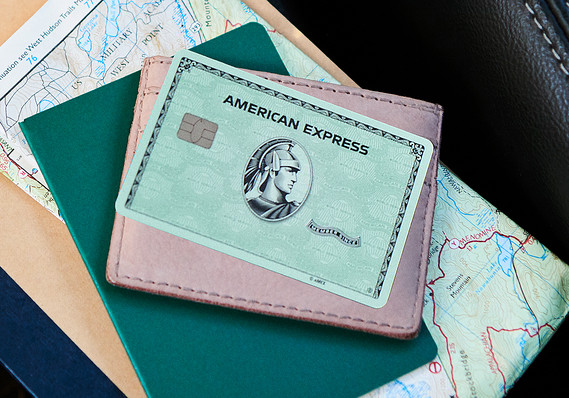 The credit-card issuer announced Thursday that it had overhauled the iconic credit card, which debuted 50 years ago. Among the most drastic changes was switching the card, now known as Green from Amex, from a charge card to a credit card. That means that for the first time, card holders won’t have to pay off their entire balance every month.

The company also revamped the rewards categories for the card and upped the annual fee.

Read more: This credit card will let you earn rewards to pay off your student loans — but is it a good deal?

“Amex themselves seemed to admit in their press release that the 50-year-old Green Card had gotten a little dated and needed a refresh for a new generation,” said Ted Rossman, industry analyst at CreditCards.com.

The reconfigured Green Card is emblematic of the changes occurring across the credit-card industry. Here are some of the ways Amex’s announcement are indicative of today’s payment landscape:

Consumers — and credit-card companies — want more flexibility in their wallets

Because the card was previously a charge card, Green Card holders used to have to pay their full balance off each month or incur a hefty penalty. Now, the card functions like a typical credit card — any remaining balance left at the end of each payment cycle will accrue interest.

The annual percentage rate on the card is now variable between 16.99% and 23.99%, depending on a person’s creditworthiness. Card holders who make one or more late payments or have a payment returned will be assessed a penalty APR of 29.99%.

“The knee-jerk reaction would be to say credit cards encourage consumers to carry expensive balances more than charge cards, but I think it goes deeper than that,” Rossman said. “Today’s consumers desire flexibility.”

The rise in personal loans, repayment plans and special financing exemplify this. Combining credit cards with personal loans is particularly attractive to young adults, Rossman said, because they’re wary of open-ended debt thanks largely to the pressures they face from student loans.

“Charge cards run against this trend because they’re more restrictive,” Rossman said. “They’re falling by the wayside as a result.”

One look at the rewards categories is all it takes to know that the new Green Card is not your parents’ Amex:

• Up to $100 in statement credits per calendar year for the purchase of CLEAR membership, which allows travelers to get through lines faster at airports, arenas, stadiums and Hertz rental car locations

• Up to $100 in statement credits per calendar year towards purchases with LoungeBuddy, which allows travelers to access airport lounges around the world

• Up to $100 in statement credits towards purchases with luggage retailer Away, through Jan. 15, 2020

The rewards categories aren’t the only ways that Amex is attempting to appeal to younger consumers with the revamped card. The card will also be the first from Amex to integrate with Venmo and PayPal PYPL, +1.70%  so that card holders can split the bill with friends and family when they use the Green Card for a group expense.

Additionally, the physical card itself will be made primarily from “reclaimed” plastic collected from beaches, islands and other coastal communities, as part of Amex’s broader sustainability initiatives.

“We hope Green from Amex will serve as a daily reminder to our Card Members to do their part to back our oceans and consider how they can reduce the use of plastic in their own lives,” Rachel Stocks, executive vice president of global premium products and benefits at American Express, said in the company’s announcement.

The Green Card will now come with an annual fee of $150, significantly higher than the previous fee of $95.

Fees like these are becoming increasingly common. During the company’s earnings call last week, Amex CEO and Chairman Steve Squeri noted that 70% of the cards the company issued over this year had an annual fee, which he said provided the company with “recurring subscription-like revenues.”

When you combine the annual fees with the interchange fees credit-card companies earn from merchants every time a customer swipes their card, “that’s a solid return even before factoring in the interest that many card holders pay,” Rossman said.

Don’t miss: Here’s everything Apple isn’t telling you about its new credit card

More and more consumers have learned how to “game” credit cards to earn the most in rewards without paying much or anything in interest. Implementing or raising annual fees is one way that credit-card companies can claw back some of the money they lose as a result.

Rising annual fees though mean that consumers must do more leg work to ensure they’re truly better off signing up for a given card. As Rathner noted on the Green Card, other credit cards reward customers at similar rates for dining out or travel with lower fees. “Whenever a consumer considers a new credit card, they should ignore the hype and really think about what they can get for the price they’ll pay,” she said.