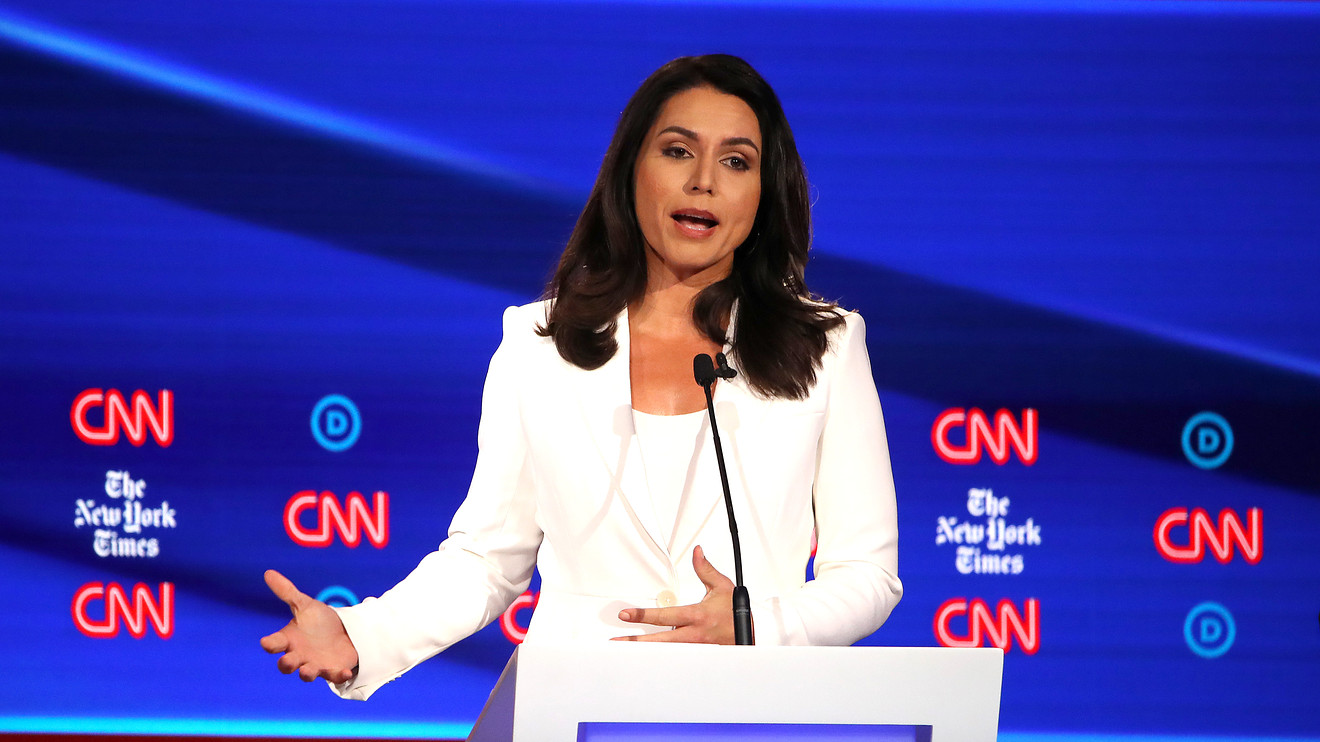 In a curious turn of events, a number of major news organizations ran corrections Wednesday night over week-old reports that sparked a testy war of words between Hillary Clinton and Democratic presidential candidate Rep. Tulsi Gabbard.

Last week, a number of media organizations, including the New York Times, CNN and Politico, ran reports saying Clinton told the podcast “Campaign HQ with David Plouffe” that Russians were “grooming” a female Democratic candidate — widely assumed to be Gabbard — for a third-party run to play a potential spoiler in the 2020 election.

But apparently Clinton meant Republicans — not Russians — were doing the grooming.

The New York Times ran this correction Wednesday night: “An earlier version of this article described incorrectly an element of Hillary Clinton’s recent comments about Representative Tulsi Gabbard. While Mrs. Clinton said that a Democratic presidential candidate was ‘the favorite of the Russians,’ and an aide later confirmed the reference was to Ms. Gabbard, Mrs. Clinton’s remark about the ‘grooming’ of a third-party candidate in the 2020 race was in response to a question about the Republicans’ strategy, not about Russian intervention.”

The Associated Press said: “In a story Oct. 18 about Tulsi Gabbard and Hillary Clinton, The Associated Press reported erroneously that Hillary Clinton said she believes the Russians have ‘got their eye on somebody who’s currently in the Democratic primary and grooming her to be the third-party candidate.’ She was referring to Republicans, not Russians, according to an aide.”

It was unclear Wednesday night how so many news reports misunderstood Clinton’s quote, or why it took so long to clarify the remarks.

Either way, Clinton’s comments were still a slam on Gabbard, who she referred to as “a favorite of the Russians.” Clinton also called former Green Party candidate Jill Stein “a Russian asset.”

The reports last week sparked a furious response from Gabbard, a Hawaii Democrat, who in a tweet called Clinton “the queen of warmongers, embodiment of corruption, and personification of the rot that has sickened the Democratic Party for so long.”

Here’s the full quote from the podcast:

Plouffe: “So [Trump’s] gonna try and drive the people not to vote for him but just to say, ‘you know, you can’t vote for them either.’ And that seems to be, I think, to the extent that I can devine a strategy, their key strategy right now.”

“They’re also gonna do third party again. And I’m not making any predictions but I think they’ve got their eye on somebody who is currently in the Democratic primary and are grooming her to be the third party candidate. She’s the favorite of the Russians. They have a bunch of sites and bots and other ways of supporting her so far, and that’s assuming Jill Stein will give it up. Which she might not, ‘cause she’s also a Russian asset.”