Home
Stocks
Run out of Coke? Meet Aito, the robotic vending machine that (slowly) comes to you
Prev Article Next Article 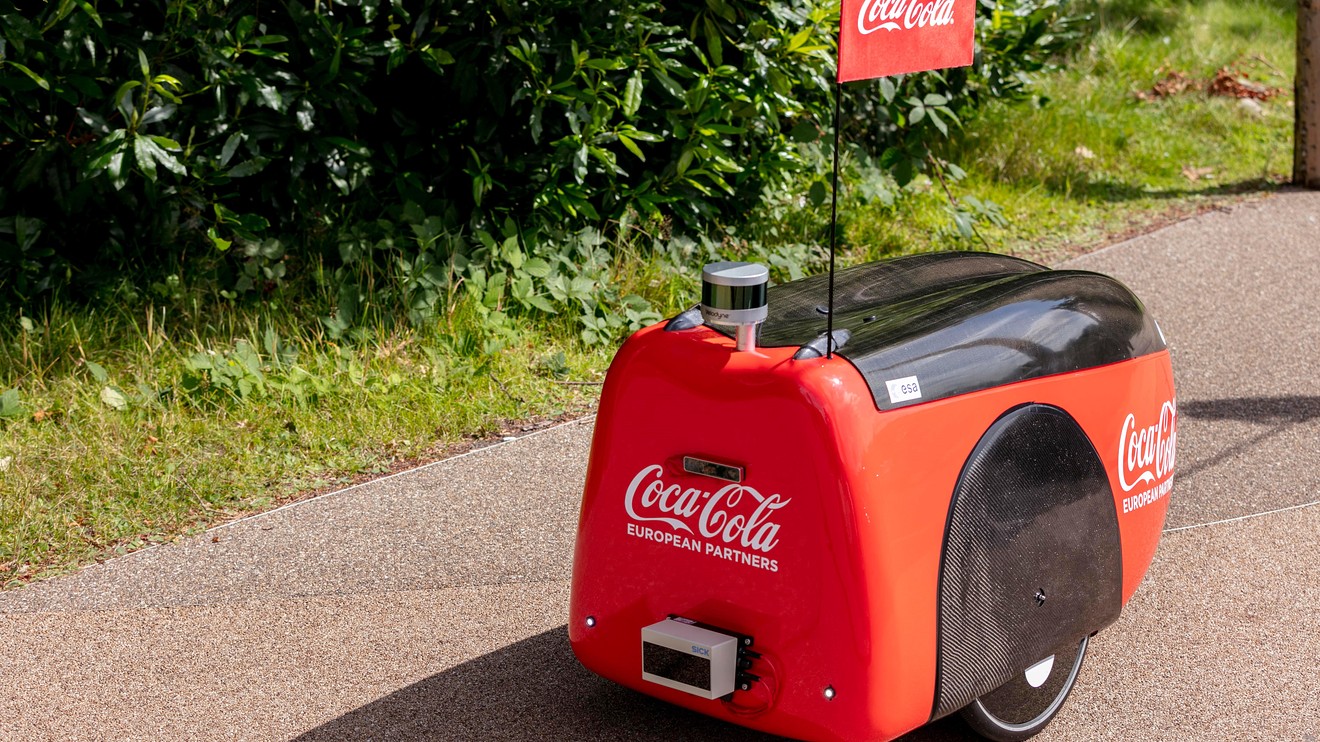 The world’s largest Coca-Cola bottler has taken a 15% stake in driverless tech company TeleRetail which uses an autonomous robot called ‘Aito’ to deliver products ‘quickly’ around industrial sites and in urban areas.

Aito can travel distances of up to 30 miles but it is probably not the best option for thirsty users. It has a top speed of 3 mph so at the limit of its range drinkers would have to wait as much as 10 hours for a can of Coke. The robot is intended to travel short distances.

Coca-Cola European Partners CCEP, -4.87% is investing in this and another technology startup through its CCEP Ventures investment arm, it announced on Thursday.

Over the summer it tested Aito at a U.K. theme park called Alton Towers in Staffordshire.

The robot collected items from a distribution center and delivered them to drinks outlets across the park.

The technology is different from traditional driverless vehicles in that the delivery robots use satellites and other sensors to “see” their environment and to safely navigate through it.

It uses artificial intelligence, developed with the support of the European Space Agency, to maneuver around the thousands of visitors at the theme park during the peak summer season.

CCEP Ventures will also take a seat on TeleRetail’s board, to help support the company with its future development ambitions.

It is also taking a 25% stake in Kol, a French logistics firms that delivers drinks on-demand to customers’ doors in just 30 minutes.

Read: The CEO of this robo-taxi company believes it has the inside track on rivals

Nik Jhangiani, finance director of Coca-Cola European Partners, said: “CCEP Ventures finds, funds, and fosters new ideas that help CCEP adapt to new trends, while supporting some of the best startups in the market through our extensive experience and network.”