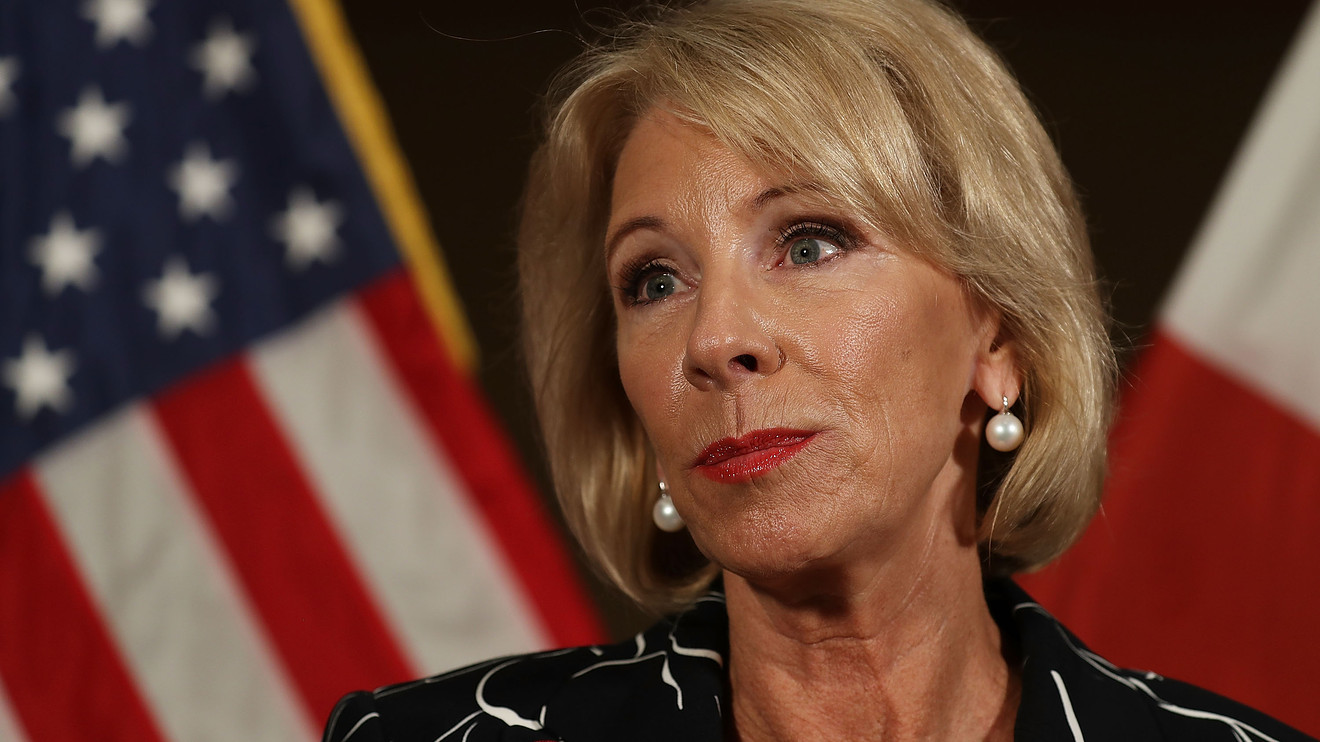 A top Education Department official is resigning from his post and calling for the cancellation of most of the country’s $1.5 trillion in student loan debt.

A. Wayne Johnson is stepping down from his role as chief strategy and transformation officer of the Office of Federal Student Aid and planning a campaign for a Georgia seat in the U.S. Senate, the Wall Street Journal reported.

To help fix a student loan system he calls “fundamentally broken,” Johnson is proposing debt forgiveness up to $50,000 per borrower — which works out to an approximate $925 billion debt cancellation.

Yet wiping away an even smaller amount could make a significant difference in people’s lives, research shows.

Cancelling $10,000 of every federal student-loan borrower’s debt would wipe out the federal student loans for about 40% of borrowers who aren’t in a grace period or aren’t in school, according to an analysis from the Center for Responsible Lending, a consumer advocacy group.

The $10,000 benefit would also totally cancel the federal student-loan debt of 61% of the more than 7 million borrowers who are in default on their loans, the analysis shows.

“I was really excited to see what even relatively limited debt cancellation could do for the most distressed borrowers,” Whitney Barkley-Denney, legislative policy counsel at CRL, told MarketWatch when the analysis was first released in July.

The debt-cancellation analysis came as part of a broader report and set of recommendations the organization released in partnership with the National Association for the Advancement of Colored People (NAACP) about how best to address the role that student debt plays in exacerbating racial inequality.

Don’t miss: How wiping out $1.5 trillion in student debt would boost the economy

The racial wealth gap means that black families have less money to rely on to pay for college and that black borrowers have less of a cushion to fall back on while repaying their debt. In addition, a combination of predatory recruiting practices by for-profit colleges and segregation in more traditional higher-education spaces means that black students are less likely than their white peers to wind up with a degree that pays a big premium in the labor market.

Senators Elizabeth Warren and Bernie Sanders, who have both proposed student-loan cancellation plans as part of their campaigns for president, have framed their pitches in part as a way to help narrow the racial wealth gap. While that’s a major goal of both of their plans, the two have different approaches to student-debt cancellation that mirror a broader philosophical debate about the idea.

Under Sanders’ proposal, all borrowers would have all of their debt wiped away.

The idea behind capping the debt relief by both balance and income helps to address concerns that student-debt cancellation would disproportionately benefit relatively well-off student loan borrowers. That’s because borrowers with the highest debt levels tend to have higher incomes because they attended more schooling, so they’re likely to benefit the most — at least as measured in dollar amounts — by mass student-debt cancellation.

But it’s borrowers with relatively small debt loads who tend to struggle the most with their loans, typically because the low balance is a sign they either dropped out of school or received a relatively short-term degree that didn’t provide much benefit in the labor market. That’s why, as the CRL analysis indicates, providing $10,000 in student-debt relief to all borrowers would wipe out the debt of about 60% of borrowers in default.

A 2018 study from the Levy Economics Institute of Bard College found that cancelling all outstanding student debt would boost gross domestic product by between $86 billion and $108 billion per year on average for the 10 years following the debt cancellation.

That study and other research on the impact of smaller, but still relatively large, debt cancellation proposals, is part of what inspired CRL to look at how cancelling $10,000 might affect borrowers, Barkley-Denney said.

“We just thought, what it would look like if we did something smaller?” she said. “Would you see impacts, particularly for the most distressed borrowers?”