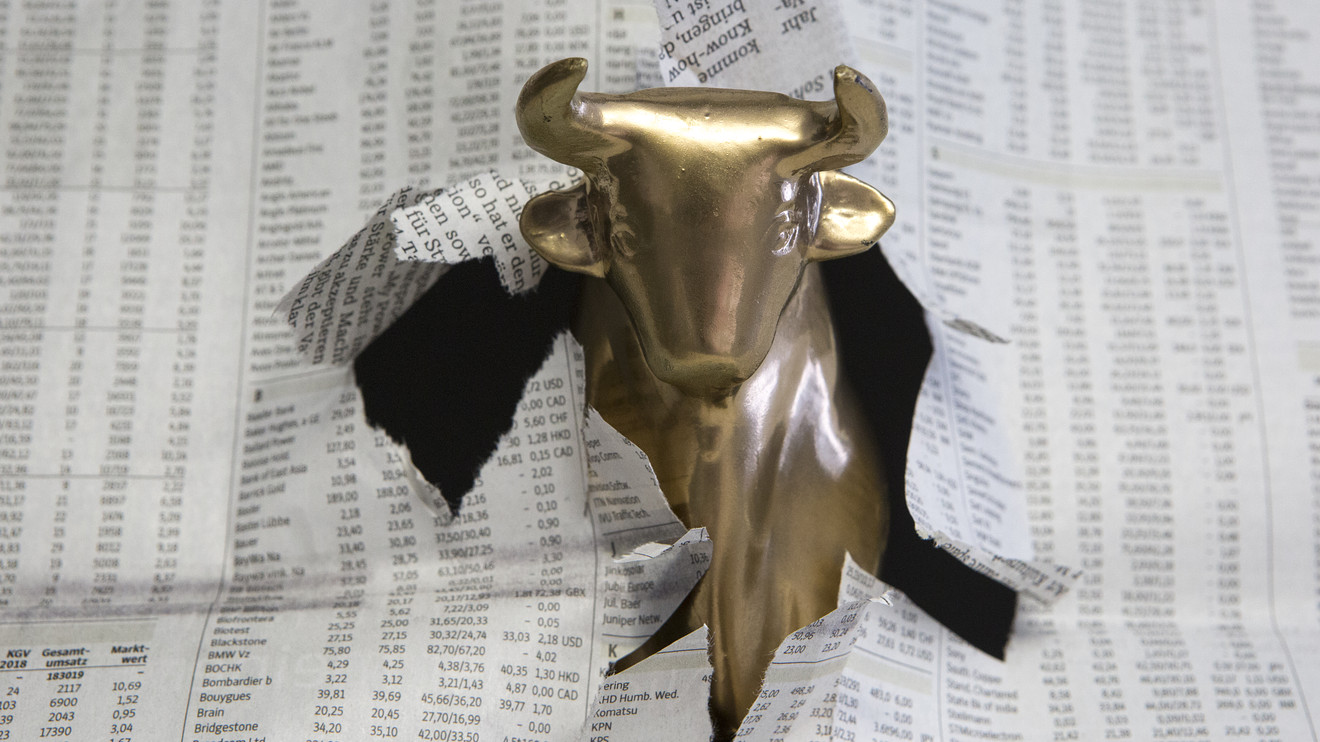 U.S. stock benchmarks on Thursday looked poised to rise toward all-time highs in a session that will mark the busiest day of the third-quarter earnings cycle and one that will see a key European central banker bid adieu in his final policy meeting of an eight-year tenure.

How are major indexes faring?

Markets inched higher as a quartet of Dow components and some 45 of the roughly 500 S&P 500 components deliver their latest quarterly update, with investors waxing somewhat sanguine after better-than-feared results from Tesla Inc. Microsoft MSFT, +0.64% and a number of other high-profile companies.

Investors, however, may pay some attention to the final statements from European Central Bank President Mario Draghi, who is set to deliver his final policy meeting his eight-year tenure. His successor Christine Lagarde, the former International Monetary Fund chief, will be in attendance at the meeting, according to reports.

Read: Draghi saved the euro, but leaves ECB at crossroads

Draghi leaves Lagarde a fractious ECB that saw divisions over easing measures embarked upon last month, including a recent spate of bond buying. The ECB meeting is expected to be mostly uneventful but comes ahead of the Federal Reserve’s two-day policy Oct. 29-30 policy meeting, where market participants are widely expecting a third consecutive rate cut of 25 basis points, as the central bank attempts to avert a slowdown that has gripped much of the developed world.

Indeed, the German economy, the largest in the European Union, is continuing to struggle, new data released Thursday show, with the difficulties of its export-oriented base extending to the service sector as global trade dries up.

The IHS Markit flash German manufacturing PMI inched up to 41.9 in October from September’s decade-worst 41.7, which is still a reading that shows the factory segment of the country’s economy in dire straits. Readings below 50 indicate contraction.

Looking ahead to U.S. data, investors will be watching for a report from the Commerce Department on September durable-goods orders at 8:30 a.m. Eastern Time, which may provide a sign of health in manufacturing. Economists expect orders to have fallen 0.8% in September from a month earlier.

At the same time, a report on weekly jobless claims for the period of Oct. 19, with consensus estimates for 214,000 claims, according to Econoday.

At 9:45 a.m. a flash reading of manufacturing and services activity is estimated to come in at 50.9 in the composite purchasing managers index, which provides an early estimate of current private sector output for October.

Tesla shares TSLA, -0.35% were rising in premarket action after the electric-car maker surprised investors by reporting a profit for the third quarter, allaying investors’ fears that it was prioritizing growth and production over profit.

Opinion: Tesla is profitable again. How long will it last this time?

PayPal Holdings Inc. PYPL, -0.74%  rose before the bell after the payments company posted better-than-expected results in its latest quarter with a 19% rise in revenues

On the oil front, December West Texas Intermediate crude CLZ19, -0.46%  was modestly lower at $55.64 a barrel on the New York Mercantile Exchange, down 0.6%, after rising on Wednesday.