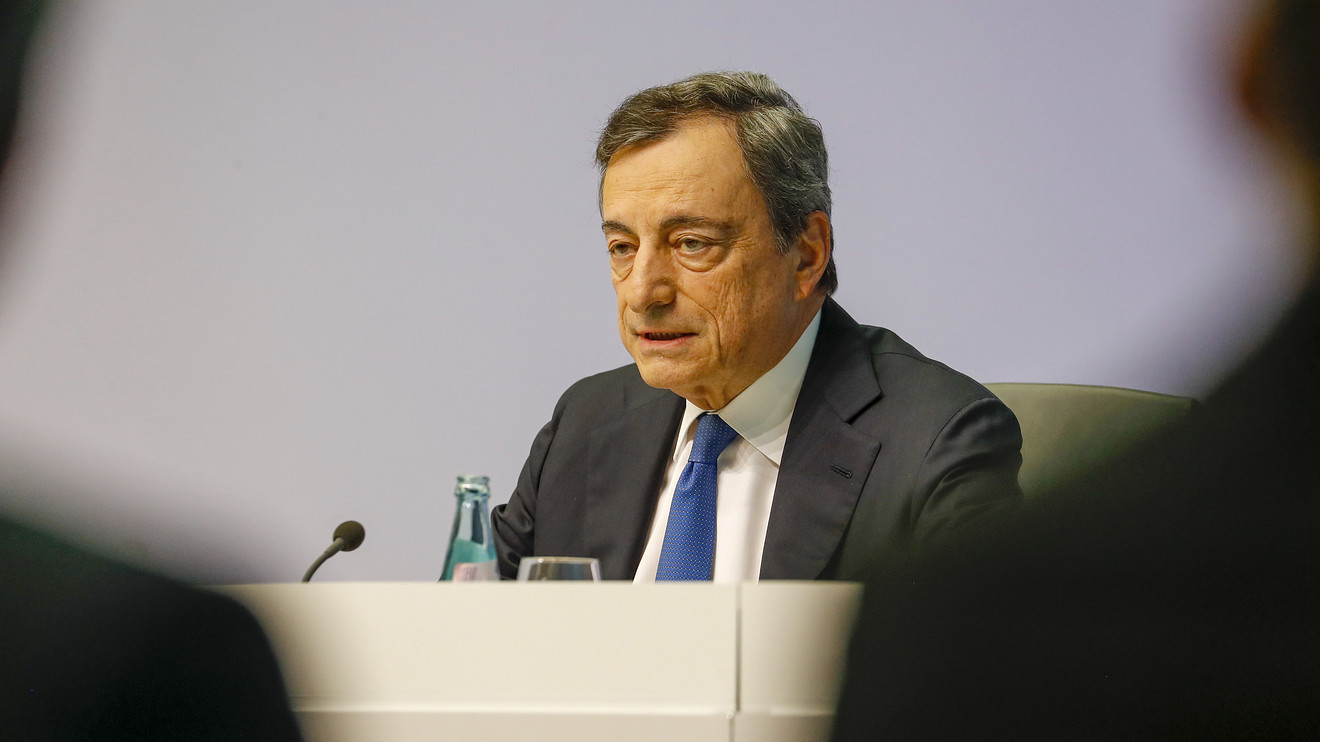 Outgoing European Central Bank President Mario Draghi on Thursday reiterated a gloomy outlook for the eurozone economy, minimized dissent over his successful push last month to restart a controversial bond-buying program, and generally refused to delve into how he expected to be viewed by history as he completed a nonrenewable eight-year term.

“This experience has been very intense, profound and fascinating,” Draghi said at a news conference after presiding over his final policy meeting. Draghi will step down at the end of the month, completing a non-renewable eight-year term that saw him win credit for preserving the euro and modernizing the ECB while also creating division over his aggressive policies.

Read: Mario Draghi saved the euro, but leaves ECB at a crossroads

Earlier Thursday, the ECB, as expected, made no changes to its monetary policy settings. It left interest rates unchanged and affirmed its plan to begin making net asset purchases of €20 billion a month as it resumes its quantitative easing strategy.

It wasn’t all gloom, however, with Draghi arguing that “ongoing employment growth and increasing wages continue to underpin the resilience” of the eurozone economy. All in all, the monetary policy measures implemented by the ECB at its last meeting were set to provide “substantial monetary stimulus,” which will support the eurozone expansion, a buildup in domestic price pressures and, ultimately, push stubbornly low inflation back up toward the bank’s target of near but just below 2%.

The ECB’s decision in September to cut interest rates, pushing the deposit rate further into negative territory at minus 0.5%, and to relaunch its asset buying program was controversial.

Draghi played down the divisions, saying one of the dissenters at the previous meeting had called for unity in implementing the decision, while another said “bygones are bygones.”

Draghi said he had no advice for Christine Lagarde, a former French finance minister and ex-head of the International Monetary Fund, who will take the helm of the ECB on Nov. 1, calling her well-equipped to forge her own path. Economists, however, have argued that the ECB’s policy actions have effectively exhausted its toolbox as Lagarde takes the helm.

And Draghi is keeping his helmet. The ECB chief, who was given a spiked Prussian helmet by German tabloid Bild in 2012, cited the German saying, “Geschenkt ist geschenkt,” or a gift is a gift, to laugh off the suggestion that the newspaper apparently wants it back. Bild has been particularly critical of Draghi and the ECB’s recent policy actions, last month creating a photo illustration of a fanged Draghi who they likened to Count Dracula for “sucking” money from German savers with low and negative interest rates.