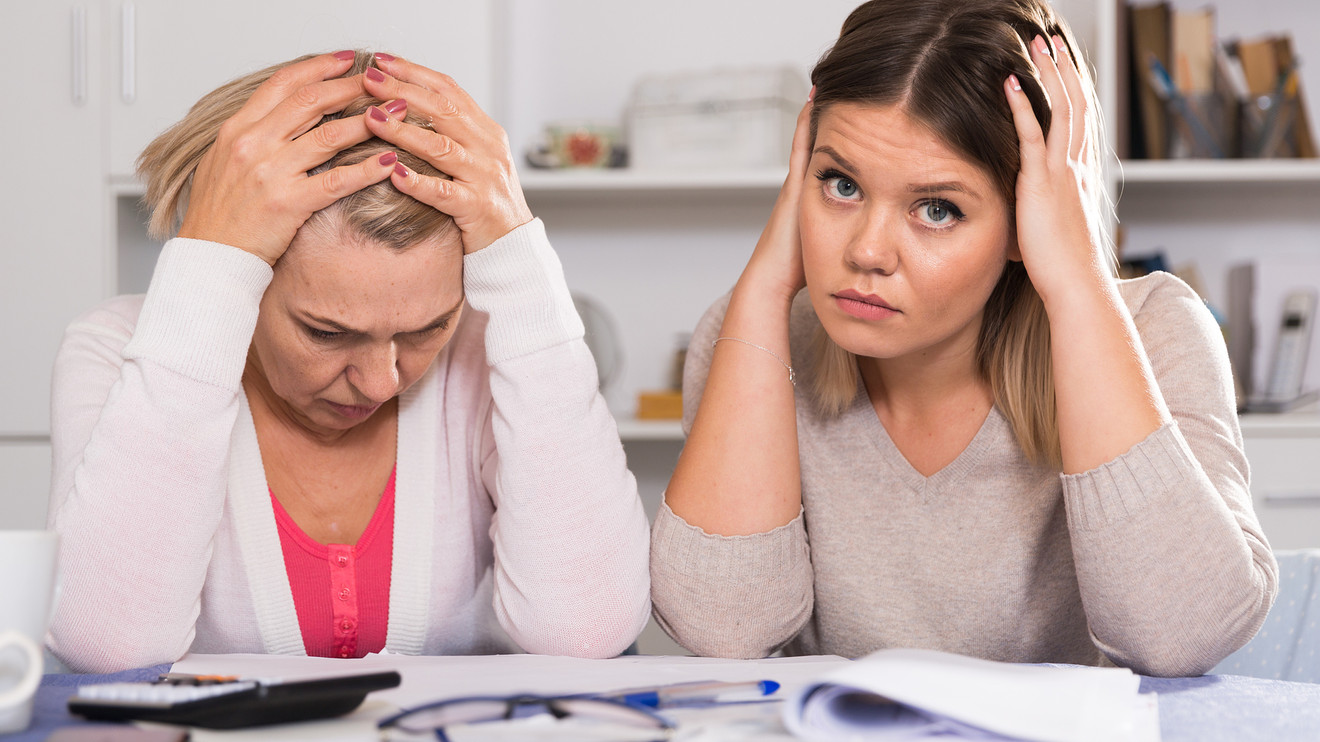 You’re acting like an ATM for your adult children — and that may bankrupt your future.

No doubt, there are many reasons to help adults kids. Pew found that household expenses like groceries and bills were the most common things parents paid for, followed by education expenses and medical expenses.

But whatever the reasons, one thing is clear: Parents are putting their financial future in jeopardy to support their adult children, according to the Merrill Lynch study. Indeed, nearly three in four parents (72%) say that they have put their children’s interests ahead of their own need to save for retirement; and about two in three (63%) say they have sacrificed their financial security for the sake of their children.

And when an adult child is unemployed, parents really love to step in — and it hurts their financial futures, according to a study from think tank Rand Corp.ation. “When it comes to financial assistance, parents are more likely to give cash to a child once they lose their job,” the study found. Others decrease savings for retirement.

“One may assume that since parents willingly help their children, they are not worse off because of that decision,” said Kathryn Edwards, an associate economist and lead author of the RAND study, in a statement. “But our research shows that these decisions may not result in the best financial outcome for the parent.”

“It is certainly a mistake, and it is all too common,” says Kimberly Foss, the president and founder of Empyrion Wealth Management and author of “Wealthy by Design.” “I tell my clients who are approaching or in retirement that their first responsibility is to themselves.”

The issue — which James C. Kelly, a wealth strategist at PNC Wealth Management in Philadelphia says he’s seeing “more and more” — is a major problem for two reasons: “Not only are parents failing to teach their children financial independence and debt management, but by pilfering their own retirement coffers, they are making themselves a liability that their children will someday need to take on,” says Kelly.

It comes at a time when most parents already have far too little saved for retirement. The median retirement savings in America is just $70,000, according to the TransAmerica Center for Retirement Studies. And while those most likely to have adult children are faring slightly better — Gen Xers have $71,000 and boomers $157,000 — that’s still far from enough to retire for most people. In many cases, even $1 million won’t be enough to retire comfortably.

What’s more, helping your adult kids financially can send them the wrong message. “What advisers and counselors will call ‘enabling’ is what the enablers will simply refer to as ‘helping,’” says certified financial planner Mitchell C. Hockenbury of 1440 Financial Partners. While parents “feel this will relieve the [financial] tension the child is suffering through” instead it “may have lasting consequences of not teaching the children how to properly manage their finances,” he adds.

Of course, it can be hard to totally cut off your adult kids. So here’s what experts advise:

Give them nonfinancial support instead. You can give to your kids in ways that aren’t financial. Some examples: Instead of paying their rent, have them come live at home with you until they land a job. Instead of repaying their student loans, help them refinance to more manageable payments.

Help them make a budget. “Sometimes a better gift than money is the chance to have one-on-one help with setting up a spending plan, or debt reduction plan,” says Hockenbury. You could do this yourself if you feel qualified, or you can hire a financial planner for a few hours.

Give in the right instances. It’s OK to help kids when they’re “clearly victimized by circumstances beyond their control” like health emergencies or natural disasters, says Foss. And, she adds that she’s “not necessarily opposed to small helps we can provide to our children as they enter and adjust to adulthood—for example, keeping them on your cellphone plan for a limited period of time, or helping to pay off a vehicle. Even assistance with making the down payment on a first home can be OK, as long as it doesn’t come with expectations of ongoing help with the mortgage or future home purchases.” But remember that any assistance should be “both specific and clearly limited in scope and duration” and “above all, they should not become an ongoing part of the adult child’s lifestyle expectations,” Foss adds.

Look at how responsible your child is with money. “Is this a one-off source of assistance that will get the adult child over a hump? For instance, providing the down payment on a house that the kid can afford the mortgage, taxes, insurance, maintenance [on],” says Hockenbury. That may be an OK thing to do for your kids as long as you’re financially secure. But if you’re consistently giving money to a child who has trouble with money anyway — “for instance, taking over a credit card debt freeing the adult child to charge more to that card or another…that would be the bad method,” he adds. In that case, you’re not teaching your child appropriate money-management lessons.

Remember that by putting yourself first, you are actually doing them a favor. “The very best gifts you can give to your children are, first, self-reliance, and second, the security of knowing that they will not have to provide for you in your advanced age. The best way to do both of these things is to create clear separation between what is their responsibility and what is yours, and to clearly communicate expectations about these boundaries,” says Foss.