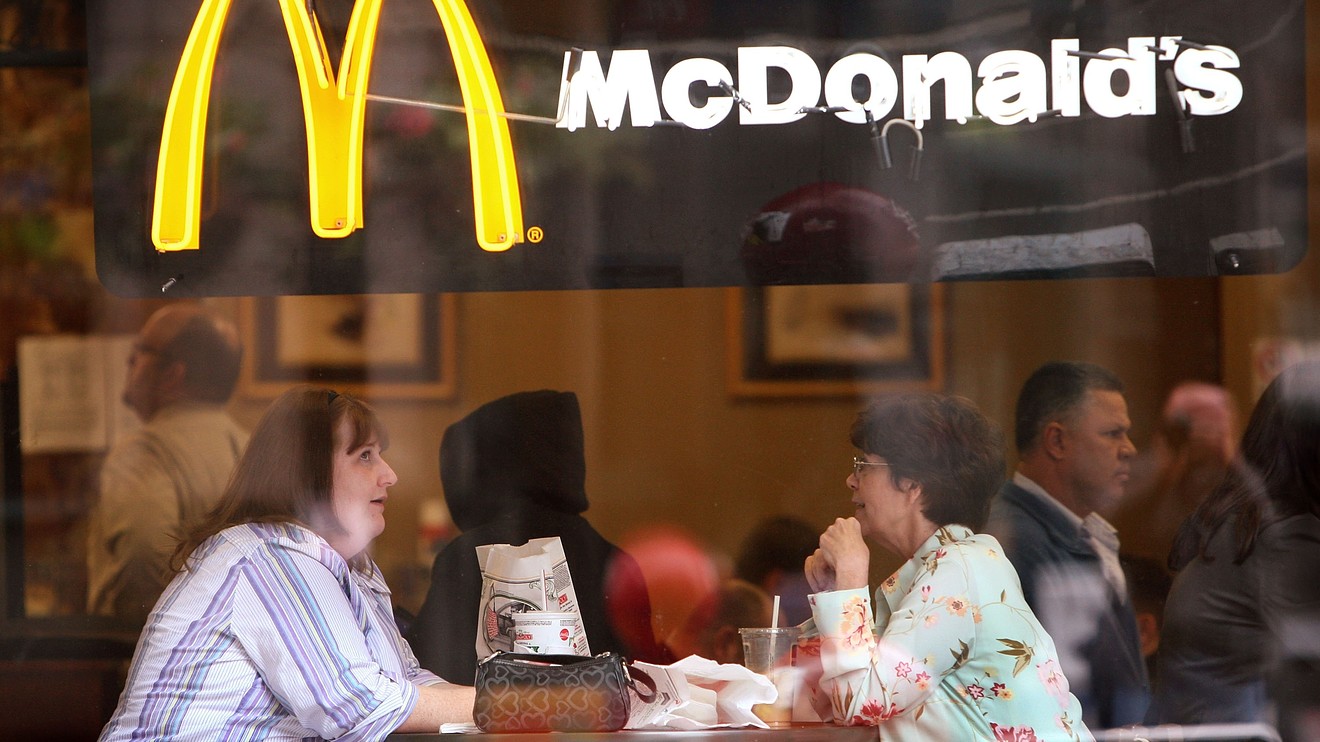 KeyBanc Capital Markets analysts expect McDonald’s Corp. to enter the chicken sandwich war with a new version of its own offering in the coming year.

The new entrant would be one of the ways that McDonald’s MCD, -0.21%  is enhancing its business to tackle a quick-service landscape where the market share battle encompasses price, menu, convenience and other factors.

Analysts noted an uptick in McDonald’s breakfast business, saying “breakfast and chicken are the new battlegrounds.”

“[T]he improvement may only be short-lived with Wendy’s set to enter the fray,” analysts said.

McDonald’s reported third-quarter earnings that missed expectations, and 4.8% U.S. same-restaurant sales growth, below the 5.1% FactSet consensus. Global same-store sales rose 5.9%, ahead of the 5.4% FactSet consensus. The report sent shares tumbling 5% in Tuesday trading, though the stock is rebounding, up 0.5% on Wednesday.

“We believe McDonald’s is testing new versions of its chicken sandwich and we expect a rollout in 2020 of a version that will better compete on quality and ideally win on speed, value and convenience.”

Chief Executive Stephen Easterbrook acknowledged the heightened competition in the quick-service space, particularly at breakfast where Wendy’s Co. WEN, -0.98% is the latest to announce a push into the morning meal.

“[H]aving another entrance in next year will just ensure that market share fight remains as competitive as ever,” said Easterbrook.

See: Wendy’s will account for at least 10% of sales

In addition to chicken sandwiches and breakfast, KeyBanc analysts highlight the quality improvements that McDonald’s has made, with things like cage-free eggs.

KeyBanc rates McDonald’s stock overweight but cut its price target to $225 from $235.

Investments in food, as well as “Experience of the Future” initiatives like self-service kiosks and acquisitions like Dynamic Yield, which brings machine learning to the drive-thru are starting to add up.

Chief Financial Officer Kevin Ozan, speaking on the call, said full-year expenses are expected to rise 1% to 2%. “I’d say we believe these investments are really important to help set us up well for long-term growth,” he said, according to a FactSet transcript.

Don’t miss: Chipotle’s CEO explains how his company achieved a surprising comeback that has sent its stock rocketing

“We believe McDonald’s is making the right strategic decisions to invest in technology, research and development and back-of-the-house efficiencies to position the brand for long-term gains,” analysts led by Dennis Geiger wrote in a note titled “Comps aren’t free.”

MKM Partners analysts, which also cut its price target to $240 from $250, thinks the results were better than the stock decline would indicate. But investors may be divided as they consider the pros and cons.

“We view the company as well positioned to benefit from its image upgrades and the integration of digital and other initiatives that are matching the changing consumer demands, but two-year stacks that decelerated from trend and incremental spending pressured the P&L,” analyst Brett Levy wrote.

“Uncertainty related to the competitive landscape may arise and create challenges across the value menu, from traditional newness (or other areas like plant-based), as well as on the upcoming breakfast front, which each may take time to shake out.”