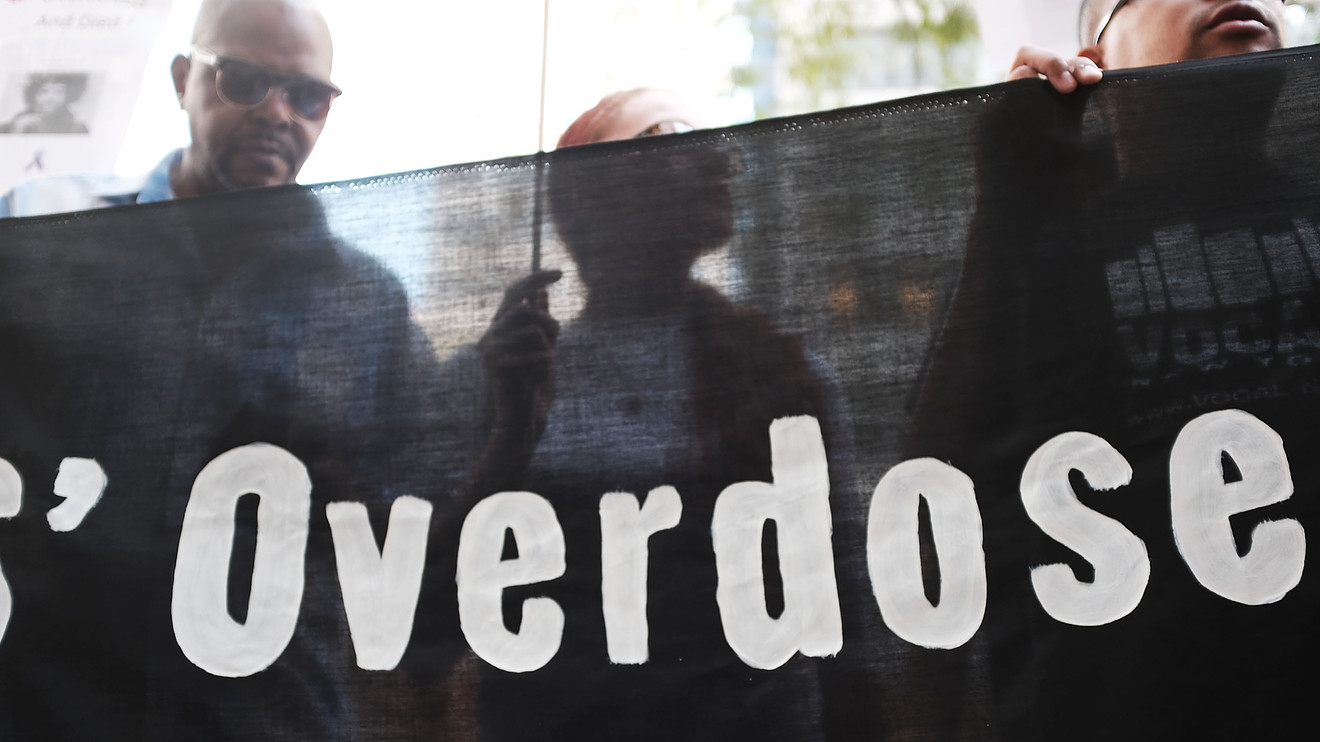 A three-year supply of Suboxone, a drug combatting opioid dependency, to two Ohio counties is one part of a $260-million settlement that drug distributors and a drugmaker reached this week to avert charges that companies enabled the opioid crisis.

A 10-year national supply of the drug is just one part of a potential $48-billion pact to end the multitude of cases against the drug maker, Teva, drug distributors and other corporations.

But considering government estimates that 130 people die daily from opioid-related overdoses and 10.3 million people misused prescription painkillers last year, how much of a difference can a steady supply of the medication make to stop the crisis?

“It’s one piece of the puzzle, but it’s a welcome addition to the puzzle,” said Dr. Paul Earley, president of the American Society of Addiction Medicine, a medical society representing around 6,000 doctors, clinicians and other industry professionals. Many people fighting opioid addictions are homeless or “terribly financially strapped” and “having more access to medication that’s properly prescribed is a good thing,” he noted.

People with insurance can pay between $100 and $300 every month for Suboxone, “a good, life-saving drug,” according to Dr. Lantie Jorandby, the chief medical officer of Lakeview Health, a Jacksonville, Fla.-based addiction treatment center.

Some opioid-addiction fighting drugs cost far more, Jorandby added. Insured patients can pay upwards of $1,000 a month for Vivitrol, the brand term for Naltrexone, another medicine to fight opioid and alcohol dependence, and patients without coverage can pay up to $1,500, she said.

Like Earley, Jorandby said more medicine isn’t a cure-all, adding that adequate medical access, insurance coverage and effective treatment methods all have to be addressed if any court settlements are going to thwart the country’s opioid epidemic.

On Monday, Teva TEVA, -2.60%  was poised to go to trial in Ohio federal court with the distributors AmerisourceBergen ABC, -0.55% Cardinal Health CAH, -1.50% and McKesson MCK, -0.31%   and the pharmacy-chain Walgreens WBA, -1.57%. All but Walgreens reached a last-minute proposed settlement, thereby postponing that trial.

The companies are not admitting liability in the settlement. The distributors are paying $215 million to two counties and Teva is paying $20 million in cash and supplying $25 million worth of its brand name Suboxone in the deal.

The distributors said they “strongly dispute” the allegations in the now-settled trial but said a deal was an “important stepping stone” working out a broader deal to address the epidemic. A Walgreens spokesperson told MarketWatch it never marketed, prescribed or made opioids.

Before a settlement was reached, the Ohio case was to be the first federal test case of more than 2,000 lawsuits from states, counties and cities.

This summer, an Oklahoma state judge ruled Johnson & Johnson contributed to the opioid crisis and subsidiaries and ordered a $572-million payment. He later scaled the judgment down to $465 million, admitting a calculation error. Johnson & Johnson JNJ, +0.77%   is appealing the case, saying it followed all laws.

‘Ohio will wait and see’

Also this week, Attorneys General from North Carolina, Pennsylvania, Tennessee and Texas said they reached a “proposed settlement framework” with Teva, AmerisourceBergen Cardinal Health, McKesson and Johnson & Johnson to settle all the cases against them.

The $48-billion proposal would include a $22-billion cash payment, as well as the supply and distribution of generic Suboxone — supplies and services valued at a total $26 billion.

“Teva is agreeing to provide 100% of the national demand for product over 10 years,” North Carolina Attorney General Josh Stein told reporters, valuing that at a $23-billion cost. “If demand is greater, then their contribution will be greater,” he added. Teva would also pay $250 million in the deal.

Teva’s statement said it would donate the medicine “in quantities of up to the amount needed to meet the majority of the currently estimated U.S. patient need over the next 10 years.”

It said it was “pleased to positively contribute to solving the nationwide opioid epidemic,” adding, “Teva has consistently committed to complying with all laws and regulations regarding its manufacture and sale of opioids. Neither settlement includes an admission of liability.”

But the $48-billion proposal is not a done deal. The four Attorneys General acknowledged they needed to persuade other states, counties and cities to agree. That’s not a given. For example, Ohio Attorney Dave Yost said in a statement, “This isn’t a framework, it’s a pile of lumber that’s been dropped on the construction site. Ohio will wait and see what the detailed plan looks like.”

Purdue Pharma, the maker of OxyContin, reached a tentative settlement in September with approximately half of the more than 2,000 state and local government cases, but the company is in bankruptcy proceedings.

From court rooms to treatment

“We’re going to burn the midnight oil to create this settlement document and put it into practice,” Stein, the North Carolina Attorney General, said Monday. But real-life application of any legal deal might not be so simple. Many treatment roadblocks are about what patients can afford, not any party’s legal liability.

“Overall, the access to buprenorphine is insufficient to curb the tide of this epidemic,” said Earley, referring to Suboxone’s generic name. “Anything that will help access to the medication is the right thing to do.”

Patient demand is strong, but there’s an “inadequate number of prescribers,” he said.

There are 480,000 primary-care physicians alone in the country, according to the Kaiser Family Foundation, a non-profit organization focused on public health and health policy. There’s also “inadequate access to prescribers,” Earley noted. He said that happens because many patients lack the money or the awareness about the services out there, especially in rural areas.

Even if patients find treatment, Gary Mendell, founder and CEO of Shatterproof, a Norwalk, Conn.-based nonprofit, said too many addiction-recovery services think people can beat their addictions by going cold turkey from all sorts medication like methadone of Suboxone.

“It’s extremely important and life-saving that this money gets used based on science, not based on outdated belief” about getting sober by abstaining, said Mendell, whose non-profit organization fights to destigmatize addiction and promote evidence-based treatment.

If doctors and treatment centers are ready, willing and able to prescribe Suboxone and other opioid-fighting medication, insurance companies might not be willing to foot the bill.

Jorandby said health insurers tell Lakeview patients on a weekly basis that they have to leave because the companies will not pay for the services. That means doctors have to fight for coverage and continuing treatment, she said, adding, “We are going to the mat every day.”

Laws over the years, including the Affordable Care Act of 2010, required insurers to cover substance abuse in the same way they cover medical and surgical benefits.

But Jorandby said many health insurers “still stigmatize” substance abuse patients “by not giving the full range of services.” She said there’s still “a pervasive attitude addiction is a weakness, a moral failing. It’s just kind of baked into the insurance company model.”