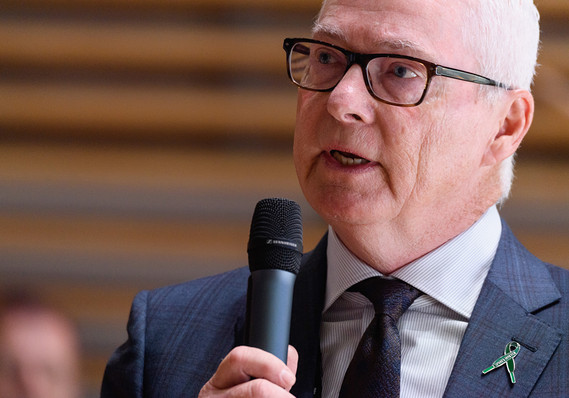 The chief executive of Dick’s Sporting Goods is testing the waters for a possible third-party presidential bid, according to a report in Politico.

The report describes how various messages about Dick’s DKS, -0.38%   CEO Ed Stack, a longtime Republican donor, were presented to a focus group in southern Wisconsin this week, along with possible three-way matchups against Donald Trump and Joe Biden or Elizabeth Warren.

Citing a source who took part in the testing, Politico said the group went through themes involving Stack and focused on his example of “showing leadership” by halting the sale of assault-style rifles at all Dick’s stores in the wake of the Parkland, Fla., high school massacre.

Politico also cited what it called a source familiar with Stack’s thinking, who said, “Mr. Stack enjoys running Dick’s Sporting Goods and has no plans to run for any elected office.”

As the report notes, Stack has taken on a higher media profile in recent weeks, releasing a new book titled “It’s How We Play the Game,” and criticizing Senate Majority Leader Mitch McConnell over lack of headway on gun reform.