Home
Stocks
This is how Netflix plans to battle Apple TV+, Disney+ launches in November
Prev Article Next Article 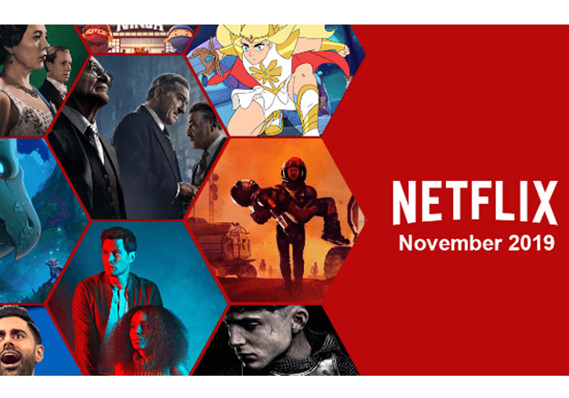 Netflix Inc. is mobilizing ahead of the launch of two big new competitors in November with an armory of 59 new offerings next month, including the arrival of 43 original programs.

The company NFLX, +1.00%  said the line-up changes will include “a lot of Christmas titles” added throughout the month, for both a U.S. and international audience, as well as the exit of at least 72 shows and movies (see below).

“What’s coming to Netflix to counter their launches?” Netflix said in a statement previewing its November line up. “You’ll be seeing a lot of Christmas titles added to Netflix throughout November as Netflix gears up for the holiday season.”

Worries about competition has weighed on Netflix’s stock, relative to its competitors and the broader stock market in recent months. The stock has shed 10.5% over the past three months, while Disney shares have slipped 7.5%, Apple’s stock has run up 16.1% and the Dow Jones Industrial Average DJIA, +0.21%  has eased 1.3%.

On Monday, Netflix said it was planning to raise another $2 billion in debt to fund the production of new content. The “junk”-rated debt will be denominated in U.S. dollars and euros. Read more about Netflix’s debt issuance.

Here’s the list of shows and movies that are coming, and the days they are scheduled to debut (N: Netflix originals):

N “Holiday in the Wild”

• “Spitfire: The Plane that Saved the World”

N “The Man Without Gravity”

N “She-Ra and the Princesses of Power” (Season 4)

N “The Knight Before Christmas”

• “The Lion in Your Living Room”

• “The Lord of the Rings: The Return of the King”

• “The Lord of the Rings: The Two Towers”

• “Mickey’s Magical Christmas: Snowed in at the House of Mouse”

• “Mickey’s Once Upon a Christmas”

• “Mickey’s Twice Upon a Christmas”

• “Amazing Hotels: Life Beyond the Lobby”

• “Secrets of the SAS: In Their Own Words”

• “The Dark Charisma of Adolf Hitler: Leading Millions into the Abyss”

• “Keeping Up with the Joneses”

• “The Beginning and End of the Universe”