Home
Stocks
The Ratings Game: Under Armour’s new CEO will have to bring back the excitement the brand has lost
Prev Article Next Article 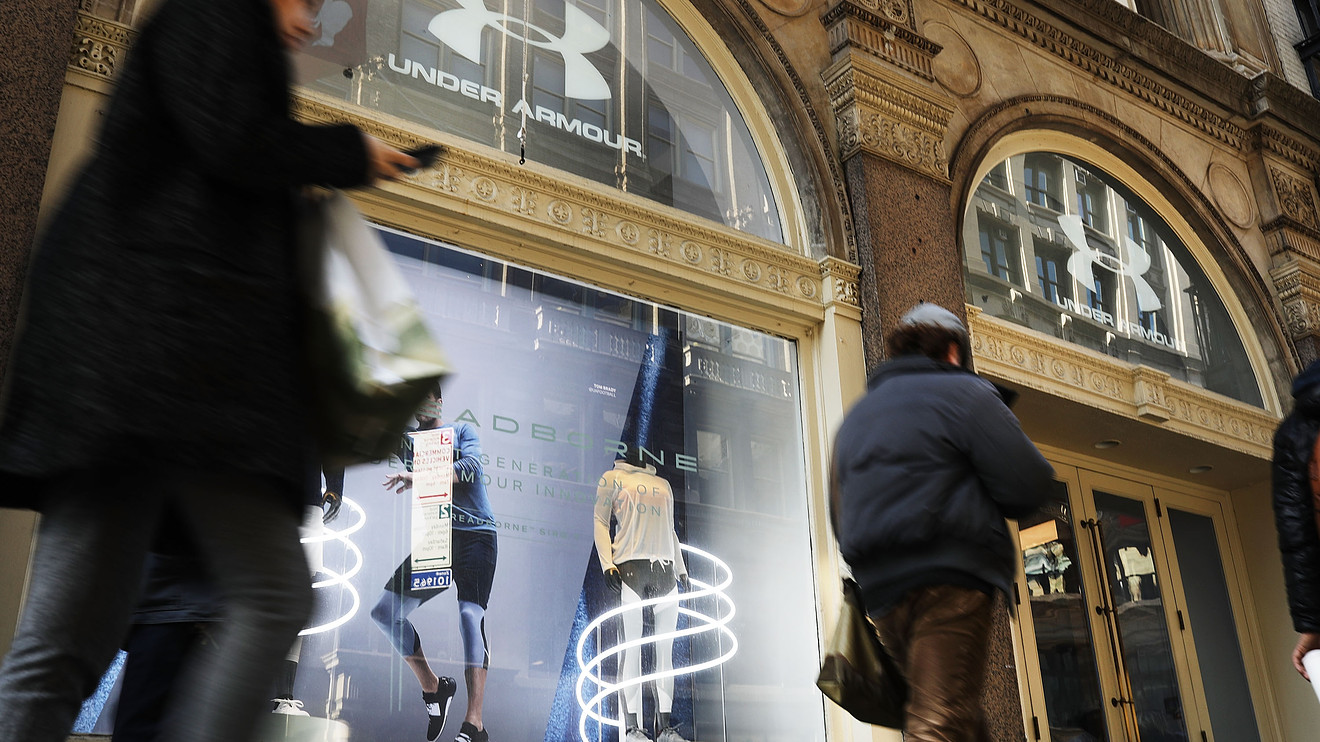 Under Armour Inc.’s new chief executive, Patrik Frisk, will have a big job when he takes the helm on Jan. 1: reignite consumer excitement for the struggling brand.

Under Armour UA, +5.78% UAA, +5.51%   stock rose 3.7% in Tuesday trading after word that Frisk, the company’s chief operating officer, would succeed Kevin Plank, who also founded the company in 1996. Plank will become executive chairman and brand chief and continue to lead the board, focused on team culture and “product elevation.”

Frisk joined the company in 2017 after serving as CEO of footwear company The Aldo Group.

“The most important aspect to the story is recreating brand heat in the North American market,” wrote analysts from investment firm Wedbush led by Christopher Svezia. “The brand should continue to face headwinds as competitive dynamics continue to intensify.”

Nike Inc. NKE, +0.46%   stock is up nearly 30% for the year so far, with the company beating earnings and sales expectations in its most recent report. Under Armour also faces competition from Adidas AG ADS, -0.43%   , Lululemon Athletica Inc. LULU, +0.16%   and a host of other brands in the athletic space.

“More near-term, there is some investor concern as to whether Under Armour can attain the implied fourth quarter outlook of mid-teens revenue growth,” Wedbush said.

Wedbush rates Under Armour stock neutral with a $23 price target.

“We think that Under Armour’s initial success at its turnaround are in large part driven by a renewed focus on operational discipline driven by COO Frisk,” KeyBanc said.

Analysts met with management in September, and walked away feeling that operational improvement coupled with “a rigorous product development roadmap” would benefit the company long-term.

KeyBanc rates Under Armour stock overweight with a $30 price target.

See: Opinion: Three company earnings reports that are better than you thought — and three that are worse

But other analysts see red flags from consumers. Recent data from investment bank Stifel shows that Under Armour’s brand perception has sharply improved year-over-year, but shoppers are still spending less on the company’s merchandise compared with the average for the category.

Though Stifel analysts say they still “see equity in the Under Armour brand,” they think these numbers are “potentially suggesting appetite for new innovation.”

Adidas AG exceeded category spend in both shoes ($111 on average) and clothing ($121 on average). And Nike’s six-month average shoe spend is $106, while clothing average is $107.

Don’t miss: How the trade war could sideline plans for Super Bowl Sunday

“Re-establishing merchandise presentations and getting product placement at new partners remains elusive, as new product is not compelling enough to push out competitors such as Nike, Adidas, Puma, and others,” wrote Susquehanna Financial Group analysts led by Sam Poser in a note published Friday.

Susquehanna says Under Armour’s shoe business is stumbling, with the exception of the Project Rock merchandise, which is tied to its partnership with Hollywood superstar Dwayne Johnson. Under Armour is expanding distribution to retailers like DSW, a Designer Brands Inc. DBI, +3.11%   retailer, and Kohl’s KSS, +1.95%  , but analysts aren’t sure whether it will give the needed jolt.

“Further, Under Armour reportedly has some pretty big asks of those moderate retailers in order for them to get the footwear.”

Susquehanna rates Under Armour stock negative with a $14 price target.

“The bottom line, despite operational improvements, the Under Armour brand image continues to lose its luster in our view,” Susquehnna said. “The obsessive focus on performance products limits the consumer base, as most sneakers and sports apparel are worn for comfort and style not for the actual intended use.”

Under Armour is scheduled to report third-quarter earnings on Nov. 4.