Home
Stocks
Project Syndicate: Locking China out of the dollar system could backfire on America
Prev Article Next Article 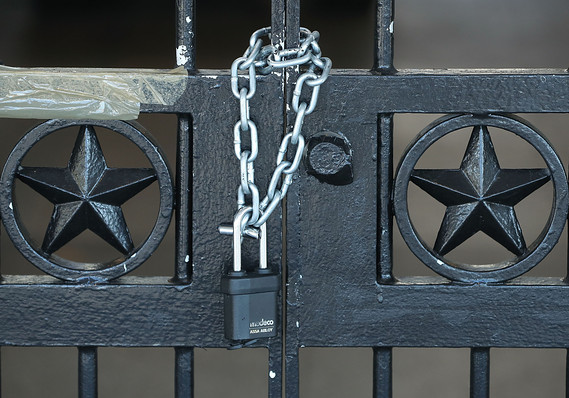 LONDON (Project Syndicate) — The recently announced “phase one” agreement between the United States and China has been touted as an important step toward a comprehensive deal that ends the trade war that has raged for over a year.

But if you think that President Donald Trump is ready to abandon his antagonistic China policy, think again. In fact, the Trump administration is already moving to launch another, closely related war with China, this time over financial flows.

Also read: Things aren’t looking great for China’s economy and it may only be getting worse

In a highly integrated world economy, trade and finance are two sides of the same coin. Cross-border trade transactions depend on a well-functioning international payments system and a robust network of financial institutions that are willing and able to issue credit. This financial infrastructure has been built around the U.S. dollar BUXX, -0.06% DXY, +0.00%  — the most liquid and exchangeable international currency.

The dollar’s position as the leading global reserve currency has long afforded the U.S. what Valéry Giscard d’Estaing, then France’s finance minister, dubbed an “exorbitant privilege”: America can print money at negligible cost and use it to purchase goods and services globally. But, with the opening up of global capital markets, the U.S. has also gained exorbitant leverage over the rest of the world.

Today, some 80% of global trade is invoiced and settled in dollars, and most international transactions are ultimately cleared through the U.S. financial system. About 16 million payment orders transit daily through the Euro-American Society for Worldwide Interbank Financial Telecommunication (SWIFT) network.

Thus, U.S. restrictions on capital flows have more far-reaching effects than any trade tariff. And yet imposing them requires only invoking the 1977 International Emergency Economic Powers Act (IEEPA), which allows the U.S. president to declare a national emergency and deploy a range of economic tools to respond to unusual or extraordinary threats.

The IEEPA has formed the legal basis for many sanctions programs, with presidents using it largely to block transactions and freeze assets. For example, in the 1980s, President Ronald Reagan issued an executive order under the IEEPA blocking all payments to Panama after a coup brought Manuel Noriega to power. (Funds intended for Panama were diverted to an escrow account established at the Federal Reserve Bank of New York.)

Trump — who has proved more than willing to cry “emergency” when it suits him — has cited the IEEPA many times, including to justify tariffs on imports from Mexico and to assert his authority to demand that U.S. companies “immediately start looking for an alternative to China.”

Hoping to drive Venezuelan President Nicolás Maduro from office, he used the IEEPA to freeze the assets of state-owned oil company PDVSA.

Trump has also forbidden U.S. investors from purchasing any debt owned by Venezuela’s government or trading in shares of any entity in which it holds a controlling stake. Meanwhile, Trump has given Juan Guaidó, the U.S.-backed interim president, access to Venezuelan government assets held at the Fed since his predecessor, Barack Obama, froze them in 2015.

Contrary to popular belief, Trump has not imposed more sanctions than his forebears.

But he has devised particularly creative ways — often taking advantage of America’s disproportionate financial leverage — to ensure that his administration’s measures impose maximum damage, regardless of the effects on third parties.

Likewise, Russia faces not only standard asset freezes and transaction blocks, but also limits on access to the U.S. banking system and exclusion from procurement contracts.

China, which is already struggling with declining exports, sluggish investment, weak consumption, and a growth slowdown, apparently is next. The Trump administration is reportedly considering restrictions on U.S. portfolio flows into China, including a ban on U.S. pension funds from investing in Chinese capital markets, delisting Chinese firms from U.S. stock exchanges, and limiting their access to stock indexes managed by U.S. firms.

How such policies would be implemented remains unclear; it would be no easy feat. But lacking a well-defined strategy has never stopped Trump before, especially when it comes to using economic levers to advance geopolitical objectives.

This approach may work in the short term, but it is sure to catch up to the U.S.

Trump’s repeated weaponization of the dollar undermines trust among holders of dollar-backed and U.S.-verified assets. How many foreign companies will be willing to list on a U.S. stock exchange knowing that they may be delisted at will? And how many non-U.S. residents will keep their assets in U.S. banks if any geopolitical skirmish can result in a freeze?

As mistrust of the U.S. mounts, the drive for international monetary reform, which China has been advocating for the last decade, will gain momentum. This could mean expanding the international role of other currencies, such as the euro EURUSD, -0.0090%   or, if China has its way, the renminbi (also known as the yuan USDCNH, +0.0665%  .)

It could also lead to the creation of an alternate monetary system, centered on the needs of developing countries, especially oil and commodities exporters.

By broadening the nexus between economic interest and national security, Trump is encouraging the decoupling of the world’s two largest economies and the emergence of a bipolar world order led by rival hegemons.

Beyond fragmenting the trade and financial system that has underpinned the global economy for decades, the stage would be set for a devastating conflict.

Paola Subacchi, professor of international economics at the University of London’s Queen Mary Global Policy Institute, is the author of “The People’s Money: How China is Building a Global Currency.”

This article was published with permission of Project Syndicate — Locking China Out of the Dollar System.