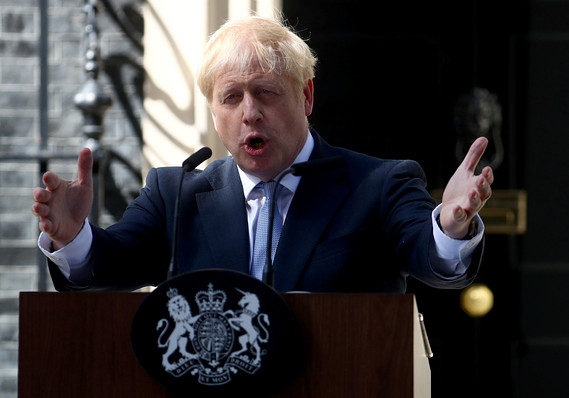 The British pound traded lower Tuesday ahead of pivotal votes on the fate of the Brexit withdrawal bill negotiated by Prime Minister Boris Johnson.

Johnson told Parliament that if lawmakers reject his 3-day timetable for Brexit bill he will pull it and seek an election. While Johnson controls whether the bill is pulled, he doesn’t control when an election is held.

The bill faced two votes in Parliament on Tuesday, with lawmakers first being asked to approve it in principle, followed by a vote on the government’s schedule for debate and possible amendments.

Outside of Brexit news, in London equity markets, Just Eat JE, +24.19%  shares jumped 24% to 732 pence after getting, and turning down, a 4.9 billion pound cash takeover bid from investor Prosus. Related: Just Eat investors ordered a higher bid. Now they have a £4.9 billion offer

M&G shares MNG, -7.04%   traded 7% lower on its second day of trading after being split off from Prudential PRU, +2.75%   . Morgan Stanley initiated coverage at equal weight with a 245 pence price target, arguing its retail asset management continued to experience outflows in the third quarter.