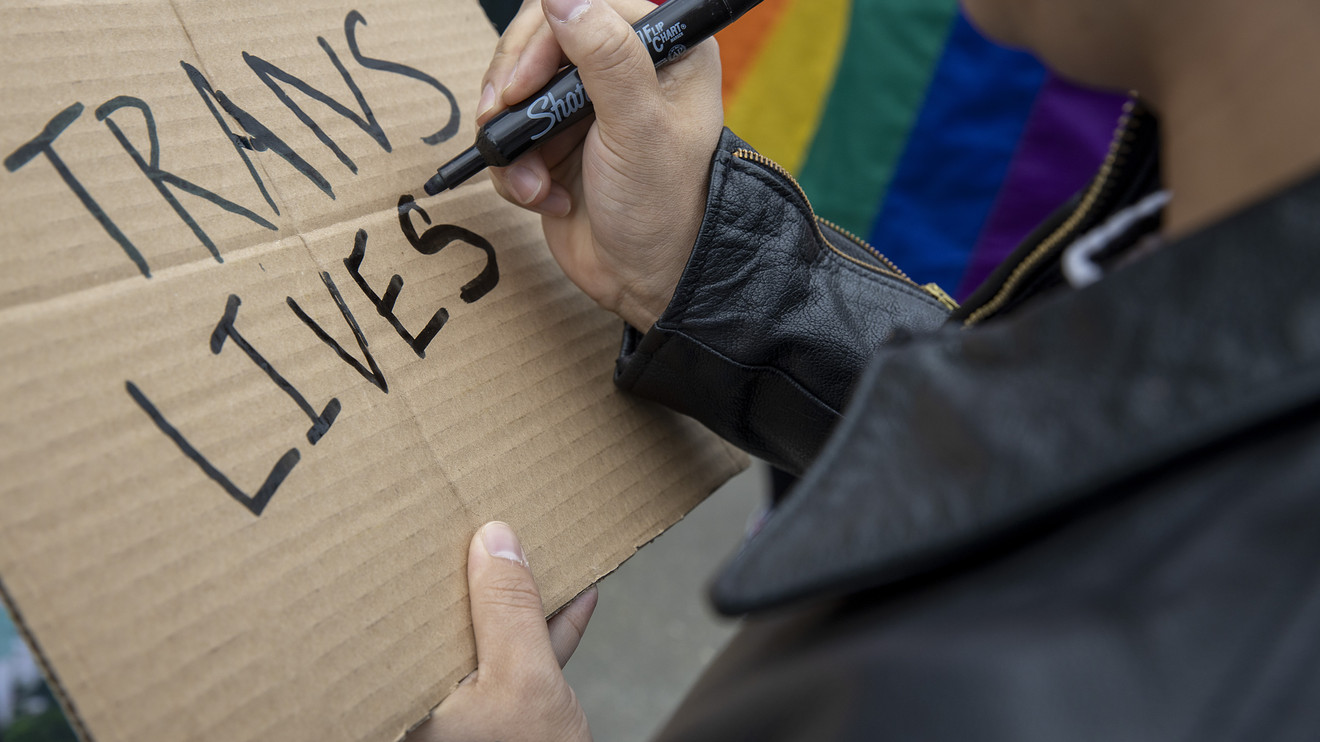 About one in five LGBTQ people in America (21.6%) lives in poverty, compared to an estimated 15.7% poverty rate among their cisgender straight counterparts, according to new research from the Williams Institute, a UCLA Law think tank that researches sexual orientation, gender identity and public policy, and campaigns against discrimination faced by LGBTQ people. (“Cisgender” refers to people whose gender identity matches their birth-assigned sex.)

Earlier this month, the Supreme Court heard arguments on whether the civil rights laws barring workplace discrimination based on gender also apply to gender identity and sexual orientation. The issue pertains to whether Title VII of the federal Civil Rights Act of 1964, which prohibits sex discrimination, also protects LGBTQ people from discrimination at work. Title VII does not explicitly mention LGBTQ people, but federal appeals courts in Chicago and New York recently ruled that gay and lesbian employees are entitled to protection from discrimination.

“Being LGBT increases the risk of poverty overall, and for bisexual and transgender people, in particular,” the study’s authors wrote. But not everyone in the LGBTQ community experiences the same hardships, found the study, which analyzed data from the government’s Centers for Disease Control and Prevention-funded Behavioral Risk Factor Surveillance System survey. The survey in question was conducted from 2014 to 2017 in 35 states.

For starters, transgender people’s poverty rate (29.4%) towers over other groups, as does the poverty rate of bisexual cisgender women (also 29.4%). Bisexual cisgender men are also more likely (19.5%) to live in poverty than other groups, according to the study. To put that in context: Both lesbian and straight cisgender women (17.9% and 17.8%, respectively) are more likely to live in poverty than gay and straight cisgender men (12.1% and 13.4%, respectively).

“Once factors such as race, age, location, education, disability, language marital status, employment, health, and children are taken into account, we find that LGBT people are still more likely to experience poverty than their cisgender straight counterparts,” the report concluded. (It defined poverty as a family with an annual income below the federal poverty line (an income of $12,490 for one person). The national poverty rate was 11.8% in 2018.

The study’s co-author Bianca D.M. Wilson, a researcher at the Williams Institute, noted that age, ethnicity and sexual orientation and gender identity, are “all social statuses and characteristics that are known to be independently related to poverty rates.” On the flip side, some groups of LGBTQ people fair better, Wilson added. Gay men, for instance, tend to have fewer children, higher educational attainment and residences in urban areas.

Fifty years after the riot at the Stonewall Inn in New York helped to kick start the modern-day LGBTQ rights movement, LGBTQ Americans continue to face significant challenges, but they have also made great strides. They have successfully campaigned for marriage equality, culminating in the landmark 2015 Supreme Court decision that made marriage a right for any American regardless of their sexual orientation or gender identity. LGBTQ representation in film and media has grown leaps and bounds.

But there are many challenges faced by LGBTQ people beyond the glare of the Hollywood spotlight. “This report also identifies a range of contributors to elevated rates of poverty among LGBT people, including lower educational attainment, unemployment, poor health, and disability,” the authors of the latest study wrote. “Addressing these differences, as well as ensuring access to employment through legal protections, may serve to reduce poverty among LGBT adults.”