Home
Stocks
What the latest Brexit setback means for markets in a crunch week for the U.K.
Prev Article Next Article 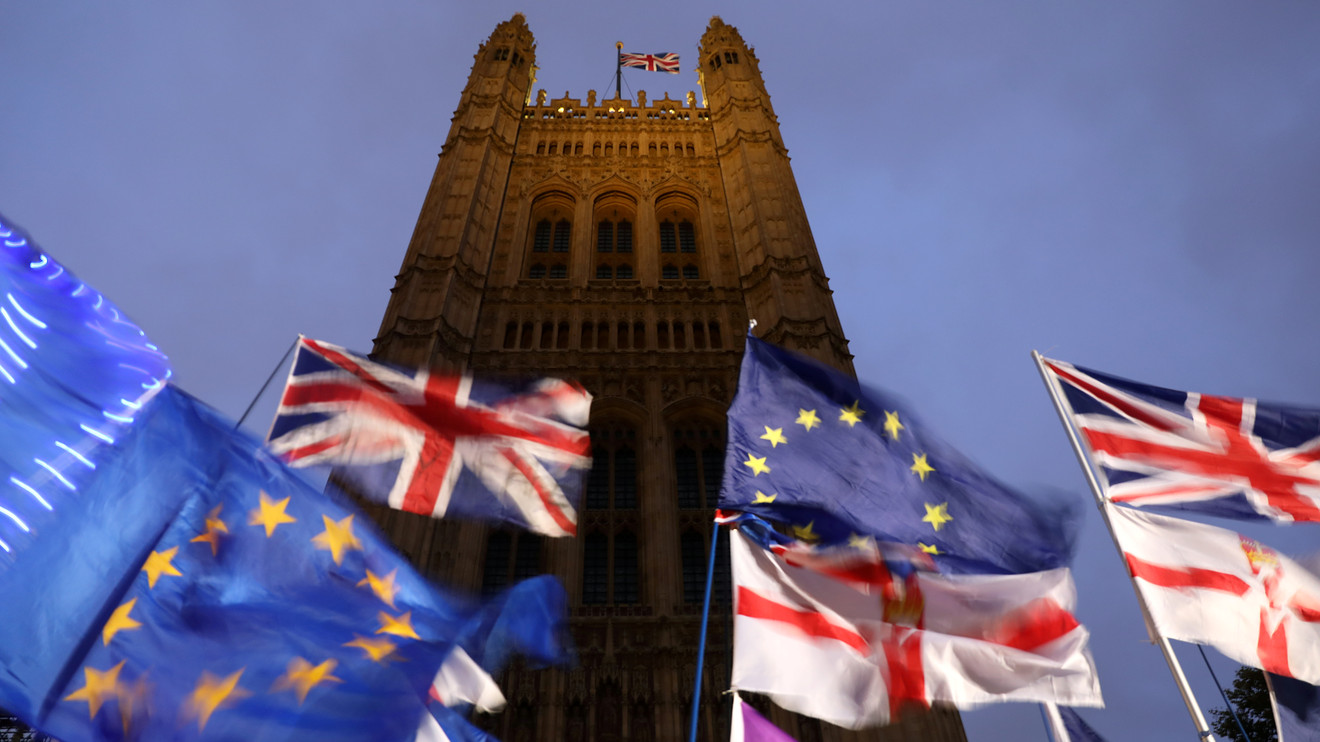 Britain’s divorce from the European Union was once again in disarray on Monday after the House of Commons speaker John Bercow refused to allow politicians to hold a second vote on Prime Minister Boris Johnson’s Brexit deal.

That means that plans for the U.K. to leave the EU in 10 days will be on a knife edge as Johnson’s only remaining option is to try to push through the legislation needed for ratification.

But that will be a high-risk maneuver because opponents will try to wreck the legislation with amendments aimed at destroying Johnson’s deal in what will be a politically charged week fraught with twists and turns.

“Sterling has been sold off from levels above 1.30 against the U.S. dollar as Johnson’s plan to get Brexit done meets yet more obstacles,” said Chris Towner, a director at independent financial risk adviser JCRA. “This frustration will weigh on sterling but only to the extent that we have to wait for the timing of the inevitable vote. Sterling still looks like a compressed spring waiting for good news to lurch to another level higher.”

Bercow told parliament: “In summary, today’s motion is in substance the same as Saturday’s motion and the House [of Commons] has decided the matter. My ruling is therefore that the motion will not be debated today as it would be repetitive and disorderly to do so.”

The speaker, who is supposed to be an impartial adjudicator, was immediately accused of bias by Bernard Jenkin, a Conservative Party lawmaker.

The controversial Bercow, who is being replaced at the end of the month, was accused recently of tarnishing the role of speaker with his bias by fellow Tory politician Shailesh Vara, who said he “at times behaved like a playground bully,” a charge Bercow denies.

Despite the setback, Johnson said ministers were confident they had the numbers to push a deal through parliament.

Rupert Thompson, head of research at investment firm Henderson Rowe, said: “We have not made any major adjustment to our portfolios in light of the continuing uncertainties and retain a somewhat cautious stance on UK equities.

“A deal would very much just mark the end of the beginning rather than the beginning of the end. The lack of clarity over the UK’s future trading relationships will surely remain a significant drag on UK growth for a long time yet, albeit less than before.”

Over the weekend, Johnson was forced to send a letter to the EU requesting a delay to Brexit, but he sent another one effectively saying he does not mean it.

In a note, the PM explained that the government was just complying with the law by sending the letter. He followed up with a photocopy of the text he was compelled to send under the law, known as the Benn Act. Crucially Johnson refused to sign the text. He then sent another letter spelling out that he did not actually want an extension.

“I have made clear since becoming Prime Minister and made clear to parliament again today [Saturday], my view, and the Government’s position, (is) that a further extension would damage the interests of the U.K. and our EU partners, and the relationship between us,” he wrote in that letter.

The developments promised more uncertainty in a yearslong battle over Britain’s future and its ties with the EU. Opponents of Brexit fear, among other things, that departure from the trading block will hurt trade and the overall economy. Those favoring separation say Britain after Brexit will be more independent and not bound by the rules and regulations of the EU.

Investors in the U.S. have mostly shrugged off the developments in the U.K. as the U.S. trade war with China and its dampening effects on the economy have taken most of the attention.

On Saturday Johnson was forced to postpone a key vote in Parliament that was aimed at getting his Brexit agreement approved.

Politicians had gathered Saturday morning for a historic meeting in the House of Commons—the first time they had assembled on a Saturday since Argentina invaded the Falkland Islands. It marked only the fourth Saturday they have met in 80 years.

Johnson’s plans were frustrated after opponents delayed the legislation in a move to derail Brexit, and the prime minister sent lawmakers home without voting on the deal.

Oliver Letwin, a former Conservative minister, tabled an amendment to delay agreeing on any deal until all the legislation needed to implement it has been passed through Parliament.

That amendment was carried by 322 votes to 306, which meant the politicians would have withheld approval of the prime minister’s deal until the legislation to enact it had been passed.

The motivation was to remove any possibility of Britain crashing out of the EU without a deal.

Saturday was a day of high drama as thousands of people marched through central London calling for another “People’s Vote” to check that the U.K. is happy to leave the EU under the new withdrawal agreement.

Jacob Rees-Mogg, the leader of the House of Commons, and his 12-year-old son Peter Theodore Alphege, had to be escorted home by police as pro-EU protesters hurled abuse at them shouting “shame on you,” “traitor” and “scumbag.”