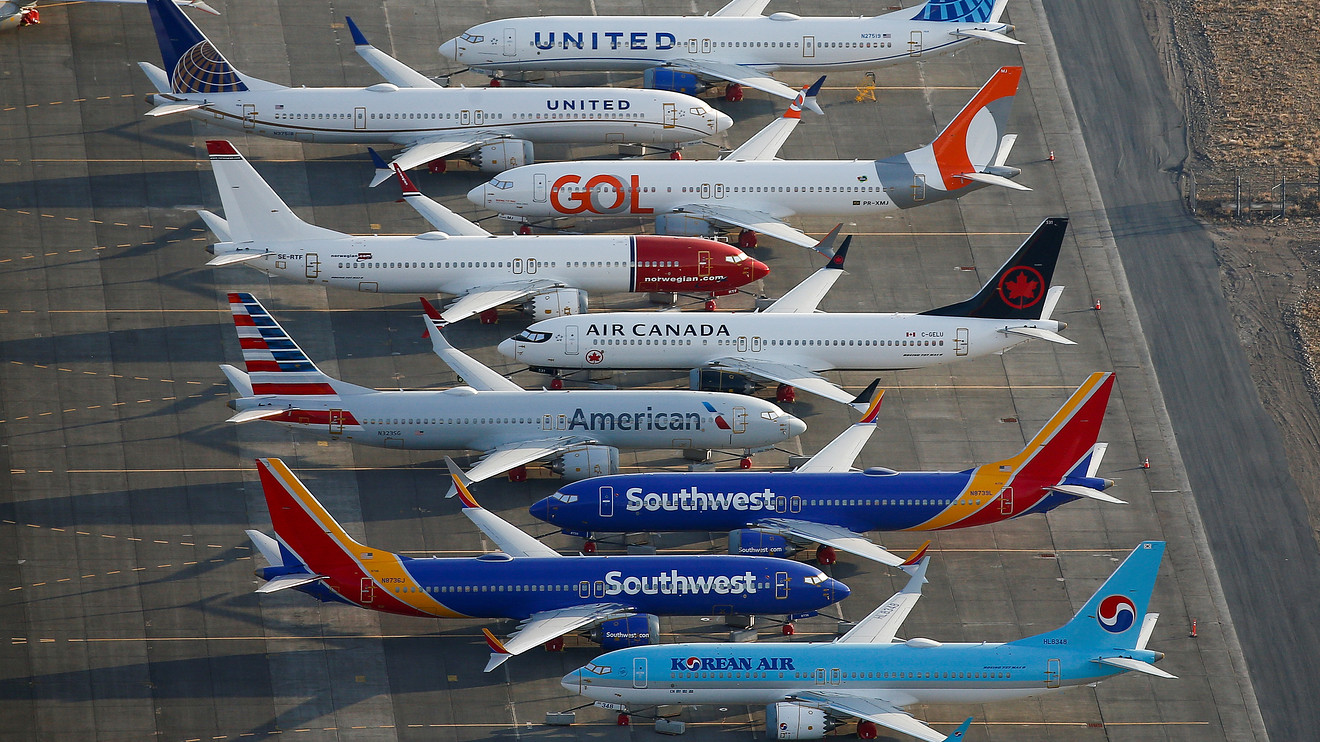 Boeing Co. stock sank Monday on the heels of downgrades from major investment banks and the continued fallout from news the company allegedly knew of problems with its 737 Max before the plane got approval to fly.

Boeing BA, -3.58%  shares veered to their lowest in more than three months, falling for a third straight session. The stock was down 14% this month and down 25% from its record closing high of $440.62 on March 1.

In a note titled “Boeing, The Downward Spiral,” analysts at Credit Suisse downgraded the stock to their equivalent of hold, from buy, and cut their price target on Boeing to $323 from $416.

The analysts, led by Robert Spingam, had kept the buy rating through the 737 Max issues in hopes that the plane family, grounded since March, was approaching its return to service, they said in a note.

“However, we can no longer defend the shares in light of the latest discoveries, discoveries which significantly increase the risk profile for investors,” the analysts wrote in the note.

News last week emerged that the company may have known about problems with the anti-stall system linked to the two deadly crashes involving the 737 Max before the plane’s certification, and aviation authorities have accused Boeing of improperly reporting documents about the Max shortcomings.

That means that the path to a return to the skies is “obstructed” as the revelation “may shatter the fragile trust between regulators and (Boeing),” Credit Suisse said.

They also increase the political risk to a return to service, may further undermine public confidence in the aircraft, and damage the brand beyond the 737 Max. If a return to service is pushed back, Boeing could be “forced to furlough or fire a portion of its Max workforce, they said.

“This could result in lost labor force productivity when/if the MAX does return to service. We have seen the consequences of such events in shipbuilding: it can be ugly,” Credit Suisse said. “We also note that much of the Max workforce is unionized, and any harm could become a residual factor in future union negotiations.”

Analysts at UBS, led by Miles Walton, took a similar action on Monday, cutting their share ratings to neutral from buy and their price target to $375 from $470.

The internal messages unearthed by news reports and information provided to lawmakers and aviation regulators reinforce “the perception of and heightens the potential of incomplete disclosure, which inherently puts more money/trust & time at stake,” said the analysts in a note.

Analysts at B. of A. Merrill Lynch kept the equivalent of hold on the stock but cut their price target to $370 from $400.

“In our view, there is increased uncertainty related to the 737 Max’s (return-to-service) timeline, Boeing’s culture, brand, and corporate governance,” the analysts, led by Ronald Epstein, said in a note Friday. “We now expect Boeing to trade at 25% discount to the S&P 500 valuation (vs. prior 15% discount).”

Boeing shares held on to a 2.6% gain for the year, which compares with a 15% advance for the Dow Jones Industrial Average. DJIA, +0.06%  Boeing is a Dow component.