Home
Stocks
The Margin: ‘We’re in a tornado!’ These terrifying videos show a twister tearing through Dallas overnight
Prev Article Next Article

A powerful tornado touched down in Dallas on Sunday night, leaving tens of thousands without power as it cut a 17-mile swath of destruction.

The violent twister first struck by Love Airfield Airport and began moving east at 9 p.m. Three people were hospitalized, and almost 140,000 customers lost electricity as of 4 a.m. Monday, with the worst damage being reported in northwest Dallas and Richardson. As the storm system moved north, one person died in Arkansas after a tree fell on a home. 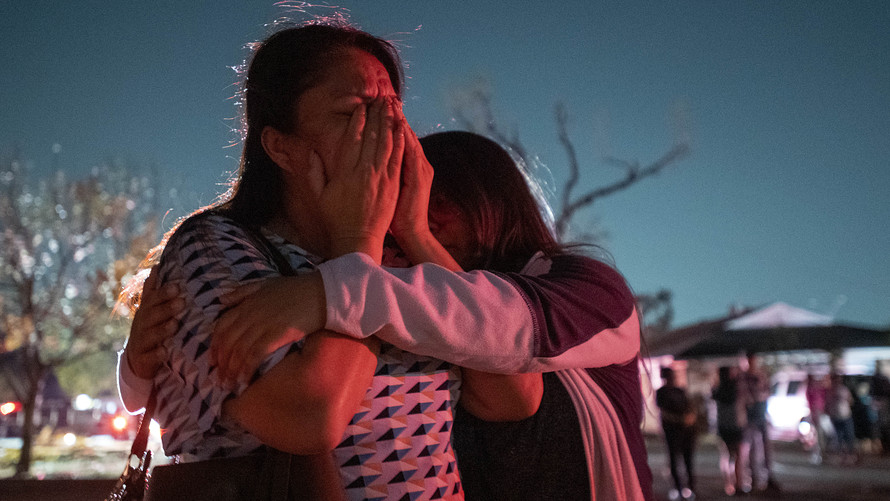 Maribel Morales, a member of Primera Iglesia Dallas, is consoled by fellow church member Ashley Villalobos as she surveys severe damage after a tornado tore through north Dallas.

Witnesses and meteorologists shared terrifying images of the storm on Twitter throughout Sunday night. Here are some of the most powerful videos and photographs of the tornado and its aftermath.

Whoa… Insane view of Dallas tornado, that moved through moments ago. pic.twitter.com/Uzmzy2JGBA

We are sending prayers.

We are also sending the Texas Division of Emergency Management to provide assistance. @TDEM

Brother of a friend caught this picture of the Dallas #tornado. Taken at 66 and Lake Ray Hubbard in Rockwall. Absolutely insane shot. #txwx pic.twitter.com/oTQ22VgbuY

Tornado 1 Crossing 635 in N dallas earlier directly in front of me… @cbs11jeffrey pic.twitter.com/9f0mbdCxDl

This is Iglesias Emanuela church. Completely destroyed. Many members are going inside to salvage, despite it being unsafe. Other members out here just sobbing. pic.twitter.com/tLq8w8jkKT

VIDEO: this is what many neighborhoods look like in NW Dallas off of Walnut Hill. @CBSDFW #DallasTornado #dfwwx #TXWX #Tornado pic.twitter.com/8mQ15VtHBl 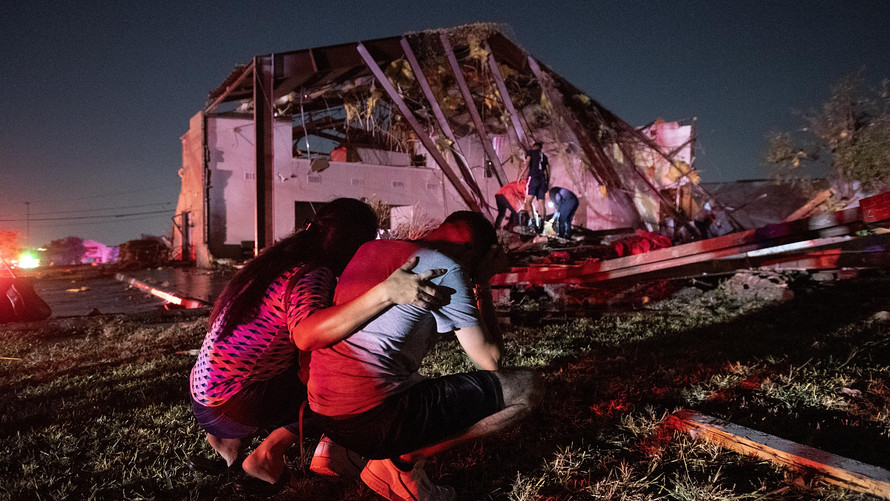 Henry Ramirez, a member of Primera Iglesia Dallas, is consoled by his mother Maribel Morales as they survey severe damage after a tornado tore through Dallas.