Home
Stocks
Next Avenue: The boomer generation is becoming one of haves and have-nots
Prev Article Next Article 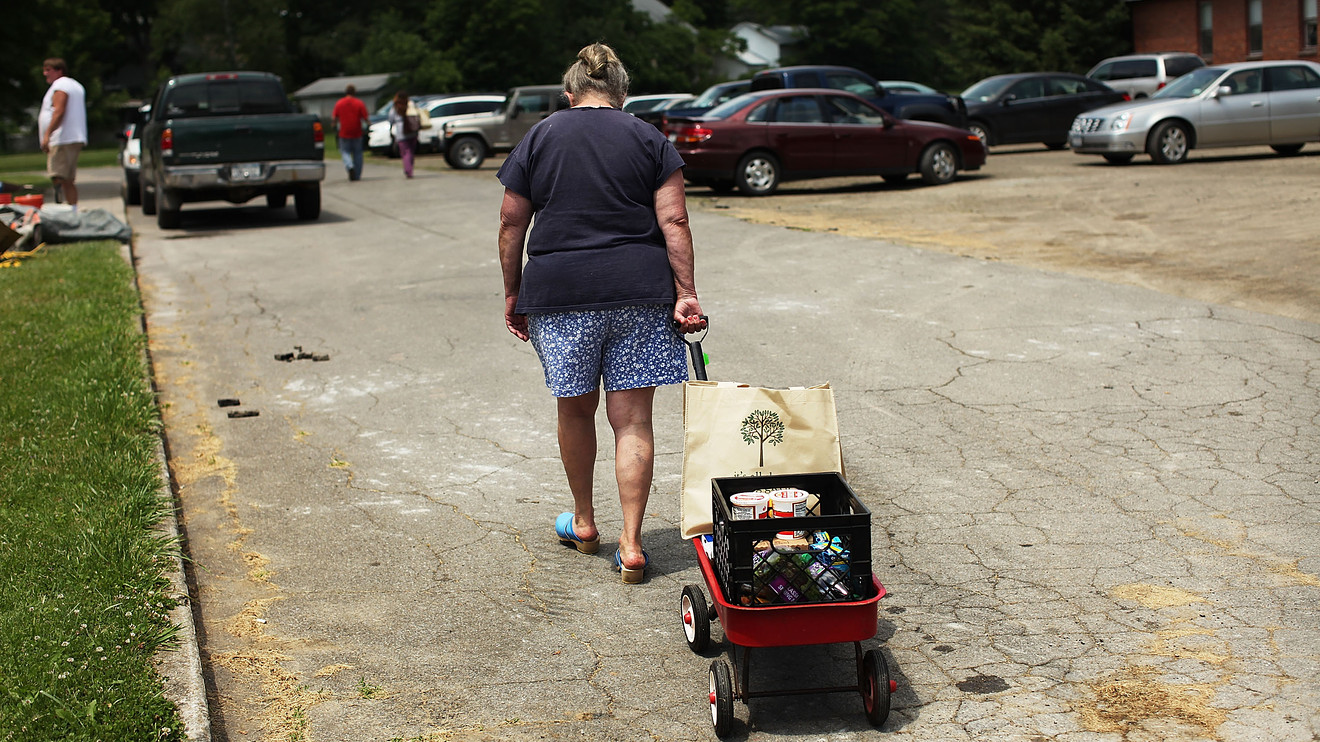 In her piercing new book “Unbound: How Inequality Constricts Our Economy and What We Can Do About It,” economist Heather Boushey writes: “The trend toward greater economic inequality continues its seemingly inexorable march.” Four recent studies reveal that wealth inequality among boomers specifically has been growing, turning this massive generation into one of haves and have nots.

Wealth disparities continue as we age. The GAO reviewed the Federal Reserve’s Survey of Consumer Finances data for households with people 55 or older and said that although disparities in income decreased as older Americans aged from their 50s into their 70s, “disparities in wealth persisted.” The continued wealth disparities among older Americans, the GAO noted, “may be due to significant differences in the median value of retirement accounts and home equity between higher- and lower-earning households.”

And, the St. Louis Fed noted, the generational wealth gap has also widened.

Older families also have more wealth than families that age did in the past, while younger families have less wealth than comparable ones did, according to the St. Louis Fed.

In a NIRS webinar, the report’s co-author Nari Rhee, director of the Retirement Security Program at UC Berkeley Center for Labor Research and Education, said: “Financial asset inequality has been exacerbated in part due to regressive tax incentives for retirement savings and unequal access to employer-provided retirement plans.”

And, Rhee said, “When we looked at Gen X and millennials’ financial asset inequality, we found it was growing across those generations, too.”

Housing inequality is a significant problem among boomers and may well get worse. “The growing number of boomers overall who are financially vulnerable and the vulnerabilities of older age, I think, make this a large concern,” said Jennifer Molinsky, lead author of the Harvard report.

Harvard’s Joint Center for Housing Studies points to the disparity between wealthier, older homeowners and renters as well as the difficulty of low-income homeowners to afford home improvements that could help them age in place.

Related: Millions of senior citizens can’t afford food — and they’re not all living in poverty

“The wealth gaps are wide even for older renters and owners with similar incomes,” the authors noted. Among households age 65+ in the lower-middle income quartile, the median net wealth of homeowners is over 14 times higher than for renters.

And, the report said, older renters are particularly vulnerable when they have an urgent need, such as hiring in-home assistance. Only a quarter of renters 65 and older have at least $5,000 in cash savings; by contrast, two-thirds of owners that age do. The median annual cost of a home health aide working 14 hours a week: $16,000, according to the Genworth Cost of Care Study.

From 2016 to 2017, the Report also found, the number of households age 65 and over who pay more than 30% of income for housing — so-called “cost-burdened households” – grew by more than 200,000 to a new high: roughly 10 million. And about 5 million of the 65+ households were “severely burdened,” meaning they spent over half their incomes for housing.

The likelihood of being cost-burdened rises with age, the researchers said.

“A record number [of households of retirement age] are cost-burdened and will have few affordable housing options as they age,” the report said. And, it added, “the circumstances of today’s 50- to 64-year-old households suggest that these disparities will persist.” Two reasons: Slow recoveries from the Great Depression have produced higher debt levels and lower homeownership rates than their predecessors at similar ages.

Renters age 65 and older are far more likely to be cost-burdened than owners (54% vs. 26%). And 72% of 65+ renters earning less than $15,000 were cost-burdened in 2017. But the actual number of cost-burdened homeowners is much higher than for renters — 6.3 million vs. 3.6 million — due to the high homeownership rates of people in this age group.

But, Molinsky said, “homeowners who have mortgages they’re carrying into their 80s and beyond are almost as likely to be cost-burdened as renters.”

Older adults with housing-cost burdens sometimes need to cut back on the essentials for their health and well-being because they’re pinched. The Harvard report said severely cost-burdened households spend 50% less on average per month on health care than those living in housing they can afford.

A shortage of subsidized housing and accessible housing only makes matters worse for low-income boomers. “There aren’t many suitable options for people with middle incomes,” said Molinsky. “A lot of high-end active retirement and continuing care retirement communities are more costly than people realize.”

The share of income-eligible older adults receiving federal rental subsidies fell from 35.6% in 2013 to 33.5% in 2015, the report said. And unassisted adults age 65 and over earning less than $15,000 a year were more likely than higher-income people that age to report difficulties with walking and self-care; they’re more likely to rate their health as fair or poor, too.

“Middle-income older adults have few resources available to help cover the costs of accessibility improvements to their homes,” the report noted.

What could be done?

What kinds of things could help reduce, or at least address, the growing wealth inequality of boomers? In Boushey’s book, she wrote: “To put the American dream within reach of most Americans and reverse rising inequalities of income and wealth, the century-old progressive policy agenda for which our grandparents and great-grandparents fought must be updated for the 21st century.”

Four suggestions on how to do it from the authors of the four recent boomer inequality reports:

1. The president and Congress could strengthen Social Security. This is a recommendation from the NIRS report which said that increased Social Security revenues could help provide more generous benefits for lifetime lower-income earners.

2. States could create retirement plans for residents who aren’t offered retirement plans from their employers. Such auto-IRAs are favored by NIRS, though the Trump administration has taken steps to slow them down.

3. Washington could create a federal tax credit for people to renovate their homes to age in place. Legislation to do it has been sitting in Congress for years, Molinsky said.

4. Federal and state governments could examine rental subsidies and housing options for older Americans, said Molinsky. Only 4.7 million very low-income households age 62 and over meet the income threshold for subsidized housing assistance and just a third of them received the assistance. That shortfall, the Harvard researchers predict, will increase over the next two decades, as the population of very low-income adult households grows.

“There’s a need for state and local governments to think about creating more housing options for older people allowing them to live in communities where they are,” said Molinsky. Also, she said, “some states and counties offer programs to modify homes for people with disabilities who are older. We could extend those to help people age in place, so they don’t fall.”

The Harvard report concluded: “The time for more comprehensive, innovative policies — in the design, financing, construction, and regulation of housing, in urban planning and design, and in the provision of community services — is now. The quality of life and well-being of a third of U.S. households depend on it.”

Richard Eisenberg is the Senior Web Editor of the Money & Security and Work & Purpose channels of Next Avenue and Managing Editor for the site. He is the author of “How to Avoid a Mid-Life Financial Crisis” and has been a personal finance editor at Money, Yahoo, Good Housekeeping, and CBS Moneywatch. Follow him on Twitter.