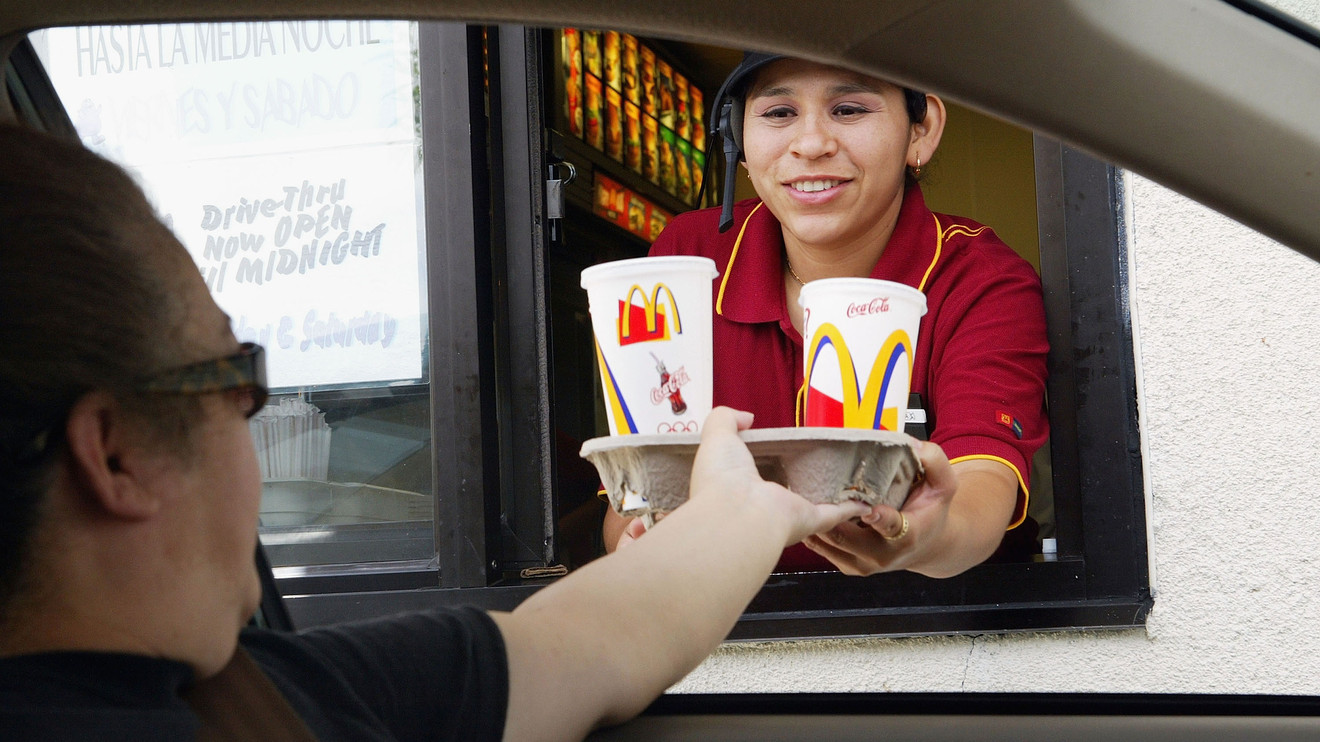 McDonald’s Corp. is scheduled to report third-quarter earnings on Tuesday before the opening bell and analysts say delivery, a buy-one-get-one promotion and menu additions gave same-store sales a bump, though the competition fought back with successful launches of their own.

SunTrust Robinson Humphrey forecasts same-restaurant sales growth of 5.5% “driven by balanced promotions in the quarter including a continuation of ‘Worldwide Favorites’ in July, a ‘Buy 1 Get 1 for $1’ promotion (which should boost check versus the ‘$2 for $5,’ which ran last Q3 and the new ‘Spicy BBQ Glazed Tenders & Chicken Sandwich’ in September.”

The FactSet consensus is for 5.4% same-store sales growth.

SunTrust analysts previously determined that McDonald’s MCD, +0.47%   buy-one-get-one deal was actually more expensive than the ‘2 for $5,’ which is good for McDonald’s but probably leaves a bad taste in customers’ mouths.

See: McDonald’s buy-one-get-one promotion wasn’t such a great deal after all, analysts say

SunTrust also thinks expanded delivery through DoorDash, continued launch of the “Experience of the Future” enhanced restaurants and improvements at drive-thru gave results a bump.

The Experience of the Future effort includes digital improvements to in-store operations.

Besides the buy-one-get-one deal, Stifel analysts think same-restaurant sales also benefited from the shift of menu items that were previously on the $1 $2 $3 value menu to the full-priced lineup.

“Digital menu boards with suggestive selling technology have been implemented in at least 60% of U.S. store drive-thru lanes and are expected to provide material same-restaurant sales lift,” analysts said. “The key challenge for McDonald’s continues to be addressing underlying traffic trends while balancing check impact on franchisees’ economics.”

McDonald’s stock has an average overweight rating, according to 31 analysts polled by FactSet. The average price target is $233.85.

Here’s what to watch for in McDonald’s earnings:

Estimize, which crowdsources estimates from sell-side and buy-side analysts, hedge-fund managers, executives, academics and others, expects per-share earnings of $2.24.

McDonald’s has beaten the FactSet sales forecast 11 out of 12 of the past quarters.

Stock price: McDonald’s stock has slipped nearly 2% over the last three months, but has rallied more than 18% for the year to date.

-Not all analysts are bullish on same-restaurant sales. “McDonald’s sentiment has shifted less bullish recently given concerns around: decelerating U.S. comps and elevated tech spending as a modest 2020 earnings pressure,” wrote UBS analysts in a note.

Don’t miss: Wendy’s says breakfast will account for at least 10% of sales

-McDonald’s menu relevance. MKM Partners said in an August note initiating coverage of McDonald’s stock that the company must focus on keeping its menu fresh. In addition to the Impossible Whopper and the new chicken items, there’s Chipotle Mexican Grill Inc.’s CMG, +0.77%   carne asada and other menu launches and Wendy’s new breakfast menu, which will have a $20 million push behind it.

“Being the biggest and most recognizable player can help stave off some of the competition, but scale alone is not likely enough, which has been part of the rationale for the ongoing menu upgrades, store investments and technological initiatives,” MKM wrote.