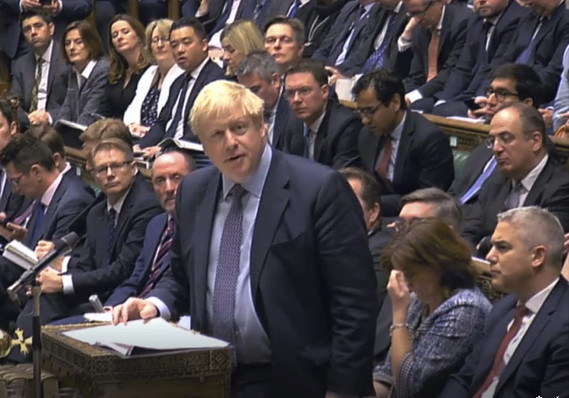 Prime Minister Boris Johnson lost yet another vote in the Parliament, after an amendment forcing a Brexit delay was passed by 322 to 306 on Saturday.

But tellingly, the stage is now set for the U.K. to approve the Brexit pact negotiated by Johnson with the European Union.

Former Conservative party member of parliament, Oliver Letwin, who authored the amendment requiring the delay, told Parliament after its passage that he was prepared to vote in favor of Johnson’s pact eventually.

So too will other MPs who, like Letwin, were forced out of the Conservative Party by Johnson, as will a handful of Labour party MPs.

As Johnson pointed out on Saturday, the vote for delay was a close one. And for many who have been a thorn in Johnson’s side, the goal was simply to prevent a no-deal Brexit in the meantime, not a departure from the European Union altogether.

Now a key question is when. There will be a vote of some kind on Monday, the Leader of the House of Commons, Jacob Rees-Mogg, announced, but it’s not clear on what.

But for the larger, more substantive question of whether — that is almost assuredly put to bed.