Home
Stocks
Outside the Box: A married couple should do this to get the most from Social Security
Prev Article Next Article 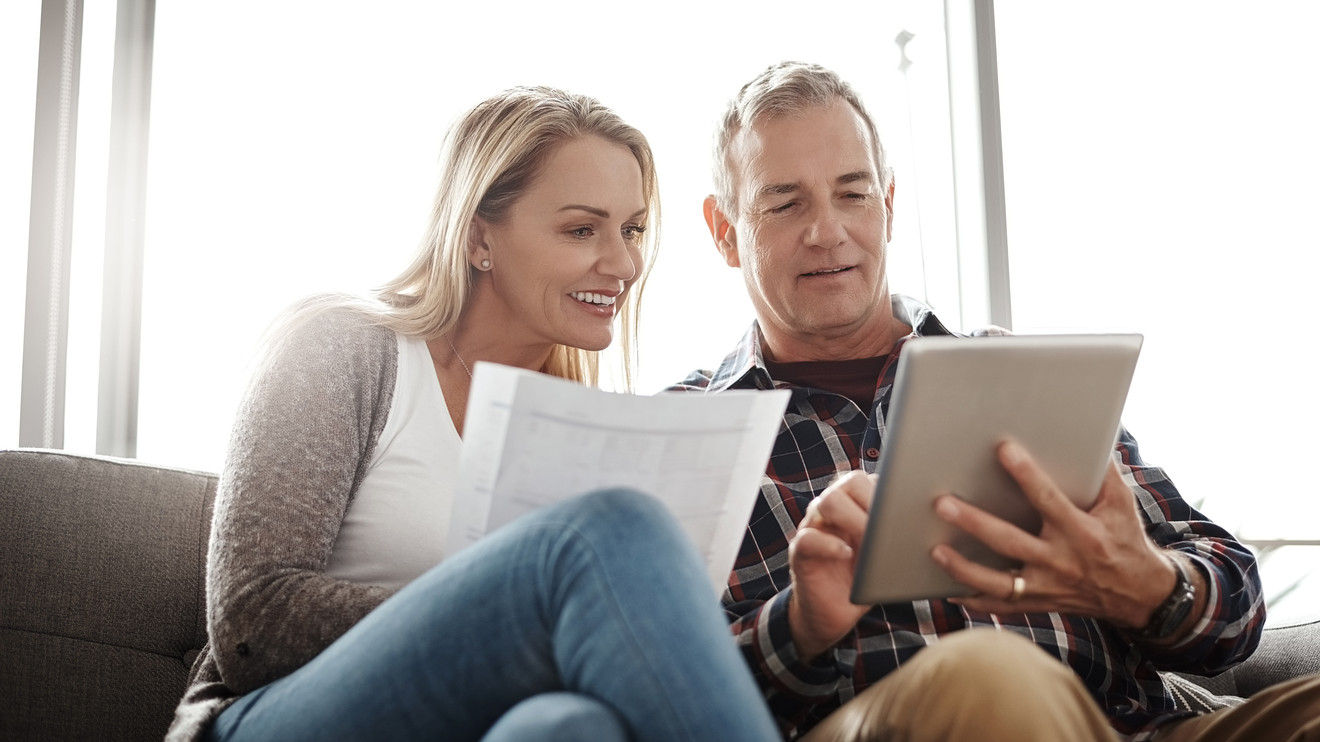 Typically, Americans claim too early, but an adviser will recommend that you postpone claiming as long as possible. Between your full retirement age (FRA) and age 70, your benefit will grow 8% for every year you wait. That is an unbeatable rate of return. However, your personal situation may preclude delaying until age 70.

Consider this: post-retirement living could be a third of your life. You want to coordinate your and your spouse’s benefit to maximize income. As part of that, assess your overall health and the life expectancy. Don’t enter retirement without a realistic grasp on your income and expenses.

Do you know your estimated Social Security benefit? The Social Security website is a great resource. Log in to SSA.gov and click “My Social Security.” Create an account to see your benefit. It also has calculators that can help you with your decision. The object is to claim as much Social Security as possible, mitigate taxation and maintain your lifestyle.

Let’s look at a couple whom we will refer to as John and Mary. For simplicity I have not included growth in the illustrations. Both are employed, earning a salary of $90,000 each. John is 66 years old, and Mary is 62. Born in 1953, John is now at his full retirement age. Mary has achieved the age for early filing. They are eligible for the “Restricted Application” strategy for select married claimants born before Jan. 2, 1954.

If you are married and your spouse is receiving benefits, you can restrict your application for just a spousal benefit. In doing so, you allow your own benefit to grow and collect the 8% a year premium. At age 70, you can switch to the higher benefit.

Since John was born before 1954, he can file a restricted application for spousal benefits. Mary would have to file first to trigger John’s benefit, causing a significant reduction in her benefits. Mary’s FRA benefit is $2,600 a month; filing early, she would be reduced to $1,885. John would collect a spousal benefit in the amount of $1,300 a month. Because John is at FRA, his benefit is 50% of Mary’s benefit at her FRA. Combined, they would receive $3,185 monthly.

At age 70, John files for his full benefit, which has now grown to $3,432. Mary’s benefit remains the same, but they are now collecting a combined $5,317. Even more powerful, upon John’s death, Mary is now collecting John’s larger benefit.

If each had collected at their respective FRA, John would have begun collecting $2,600. Mary’s FRA is 66 and 6 months, so she would begin collecting her $2,600 4 1/2 years later. So while the combined benefit in 2024 is not that much different, the ability to maintain cash flow and lock in the growth for a surviving spouse is very attractive.

The window to file a restricted application is closing; as of Jan. 1, 2024 the protected class of those born before 1954 will all have reached age 70. If you or your spouse fall in this age range, take a hard look at your combined benefits before filing.

Anyone reaching FRA after Jan. 1, 2020 will fall under the deemed filing rule, meaning, upon filing, you will be deemed to file for the highest benefit available. In simple terms, if you are the first to file, you will receive your benefit. If your spouse has filed, you will receive your own benefit and if your spouse is the higher earner (potentially a bump up to equal the spousal benefit), you will no longer be able to restrict your application to just a spousal benefit.

For couples born on or after Jan. 2, 1954, consider timing your benefits to collect the lower earner’s benefit first to provide for some cash flow and then waiting as long as possible to claim the higher earner’s benefit. In addition to increasing cash flow in later retirement years, this also protects the highest benefit upon the death of a spouse.

If a spouse has no earning record, he or she can still claim a benefit of up to 50% of the earner’s record with two cautions: the earning spouse must have claimed, and if the both partners are below Full Retirement Age, both benefits will be reduced.

Widow’s benefits haven’t been impacted by the 2015 Act and can begin as early as age 60 based upon the deceased spouse’s record only. Those claiming at 60 will receive only 71.5% of the spouse’s full benefit.

If you don’t need the cash flow, it is best to wait until 62. At that age, you may claim on either your own record or that of your deceased spouse. You may then switch to the higher benefit at a later date. The deceased spouse’s benefit won’t grow beyond FRA and should be claimed by then. If you are delaying your own benefit, it can grow to age 70.

When the 2019 Social Security and Medicare Trustees Reports were published, the key takeaway was that the trust fund will be depleted in 2035. We currently have more people claiming than paying in. Regardless, as long as we have a base of workers paying in, we will have some benefits to pay out. Actuarial models show that benefits will need to be reduced after 2035. Significant changes need to be made to the current system. If history is our guide, current retirees should have their benefit protected. For those anticipating retirement, without legislation, consider filing for benefits before the trust fund is depleted.

Read: Politicians are being unrealistic about what it will take to save Social Security

If you want to maximize your Social Security benefit, but still retire when you want, you should develop a distribution plan. The proper alignment of your assets, income and potential taxation is key to your strategy. With many levers to pull, you can plan your cash flow efficiently.

I’ve talked to several people who have chosen to claim early. In each case, they were considering other risks. One was concerned about the ambiguity surrounding future funding of Social Security; she wanted to collect now, so that she would be grandfathered into any changes. Another had health concerns and felt it was to his benefit to start collecting sooner. Still a third saw no reason to deprive himself, as he was ready to retire with a little extra cash flow while he was young enough to enjoy it.

Two things they all had in common: they had enough accumulated assets so a reduction in benefits wasn’t a problem, and they had created a distribution plan.

Victoria Rogers is an investment advisor and the technology manager for Schneider Downs Wealth Management Advisors based in Pittsburgh. Follow her on Twitter @varogers12.