The U.S. and China may be nearing a tentative, partial trade agreement but the IMF’s new leader has warned the trade truce won’t be enough to boost global growth.

Another ongoing dispute may also be nearing a resolution, with the U.K. and EU agreeing a Brexit deal, though British MPs still have to approve it.

But the U.S. has confirmed tariffs on $7.5 billion worth of European goods will take effect on Friday, proving that geopolitical tensions are here to stay.

Hedge fund billionaire Ray Dalio, in our call of the day, says the global economy is in a “great sag” and the world has parallels to the 1930s.

“This is the best we are going to get, this moment. The cycle is not going to continue forever,” he said at the International Monetary Fund’s annual meetings in Washington.

The founder of the world’s largest hedge fund, Bridgewater Associates, said he didn’t see a market or economic crash on the horizon but a “great sag.”

He added that there was little central banks could do in terms of monetary policy to stop the downturn as they had less room to maneuver.

“Europe is at the limitation of that, Japan is (too) and the U.S. doesn’t have much to go on for that.”

He pointed out that the world’s widening wealth gap and a rising power — China — challenging an incumbent power, the U.S., had similarities to the 1930s.

Dalio said more policy coordination was needed but feared that could prove tricky in a world characterized by rising geopolitical tensions and polarization.

The pound GBPUSD, -0.1241%   has nudged higher against the dollar after the U.K. and EU agreed a Brexit deal.

China’s economy grew by 6% in the third quarter, its slowest growth since the beginning of 1992. Growth cooled in all sectors despite some recovery in industrial production and retail sales at the end of the quarter.

Federal Reserve Vice Chair Richard Clarida will deliver a speech at the CFA Institute conference in Boston, the last major speech before the next Fed interest rate decision.

As one trade conflict seems to be cooling, another is set to heat up as the U.S. confirmed that tariffs on $7.5 billion worth of European goods, such as cheese and whiskey, will take effect on Friday. 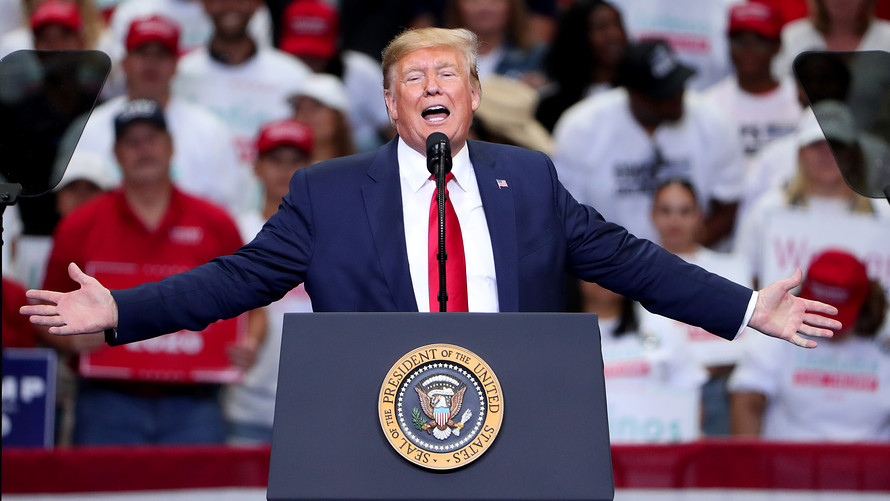 A 7-year-old made $22 million this year from reviewing toys on YouTube.

Halloween costumes will create 20,000 tonnes of plastic waste in the U.K. this year, an investigation has found.