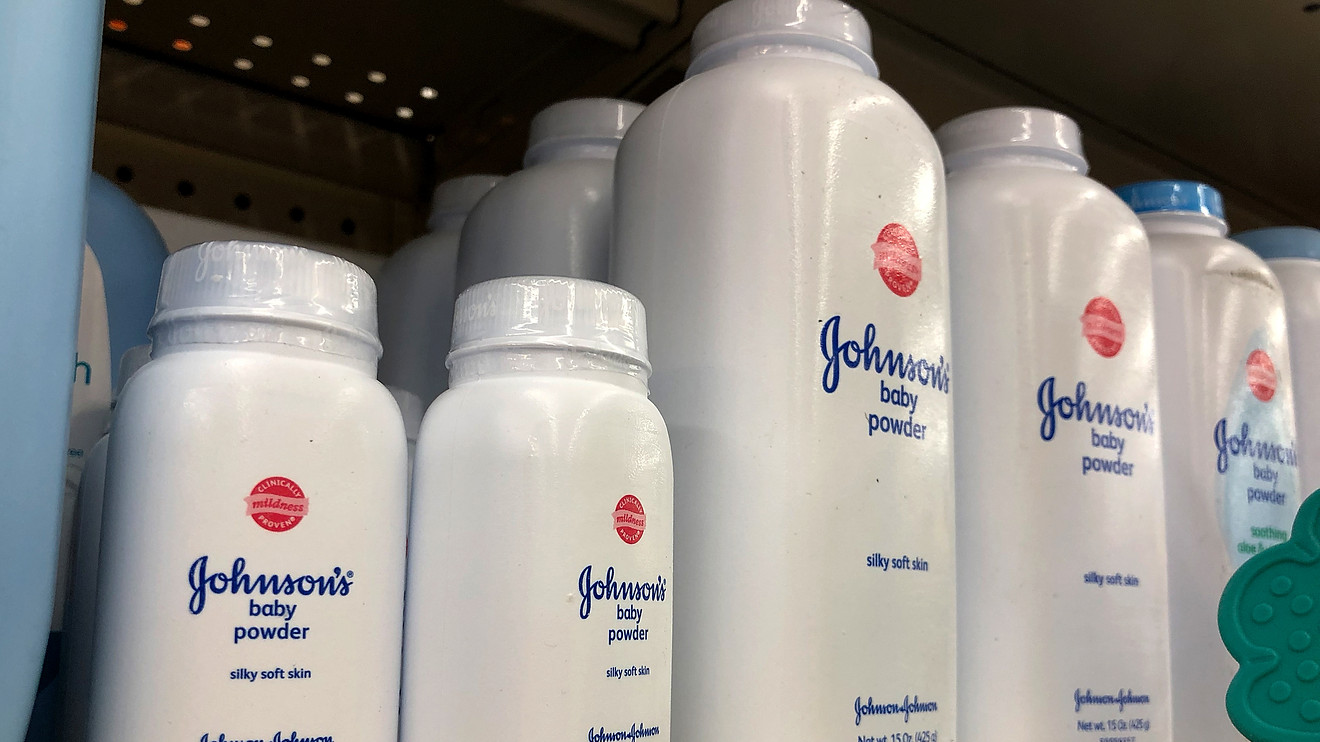 Shares of Johnson & Johnson suffered another blow Friday related to product safety, as the consumer-products giant’s recall of some baby powder — after tests revealed traces of asbestos — comes despite the company’s repeated assurances of its safety.

The stock JNJ, -5.49%  sank 5.6% in active afternoon trading, which puts it on track to suffering the biggest one-day drop in 10 months. Volume topped 17 million shares, more than double the full-day average of about 7.1 million shares.

The selloff was enough to make the stock the biggest loser in both the SPDR Health Care Select Sector exchange-traded fund XLV, -0.37%  and the Dow Jones Industrial Average DJIA, -0.67%  . The price decline of $7.68 was shaving about 52 points off the Dow’s price, which was down 167 points.

J&J said it was recalling a “single lot” of its Johnson’s Baby Powder, “out of an abundance of caution,” after a U.S. Food and Drug Administration test found “sub-trace levels” of chrysotile asbestos. The company said the contamination, which was no greater than 0.00002%, was found in samples from a single bottle purchased from an unnamed online retailer.

“In parallel, [Johnson & Johnson Consumer Inc.] (JJCI) has immediately initiated a rigorous, thorough investigation into this matter, and is working with the FDA to determine the integrity of the tested sample, and the validity of the test results,” JJCI said in a statement.

The J&J unit emphasized that “at this early stage” of the investigation, JJCI can’t confirm whether the tested product was authentic or counterfeit, or whether the sample was taken from a sealed bottle or if cross-contamination from another product caused a false-positive reading.

The company’s implied skepticism of the FDA’s findings comes as J&J is facing more than 14,000 lawsuits alleging its baby powder and talc products cause cancer, while the company vigorously denies such claims.

Last year, a St. Louis jury ruled that the company had to pay $4.7 billion to 22 women and their families who said the baby powder gave them ovarian cancer.

J&J continues to deny the claims. On Friday, the company said in a statement:

“JJCI has a rigorous testing standard in place to ensure its cosmetic talc is safe and years of testing, including the FDA’s own testing on prior occasions–and as recently as last month–found no asbestos. Thousands of tests over the past 40 years repeatedly confirm that our consumer talc products do not contain asbestos.”

The recall is the latest setback for J&J regrading product safety, as the company was ordered earlier this month by a Philadelphia jury to pay $8 billion to a Maryland man who said using the company’s antipsychotic Risperdal as a child caused enlarged breasts. The company is also facing multiple claims regarding its role in fueling the opioid crisis.