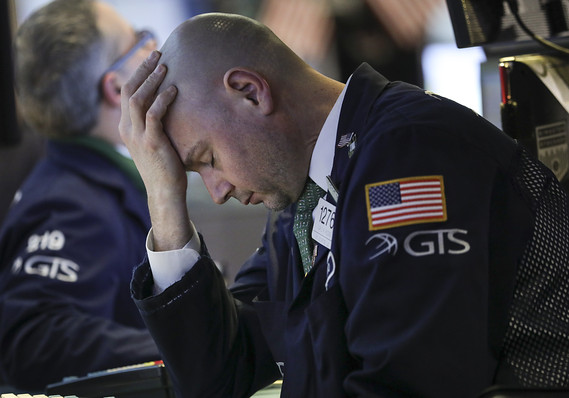 The trade fight with China is causing more headaches for a slowing U.S. economy.

The numbers: The U.S. grew more slowly in September and is likely to remain soft in the months ahead, according to an index that measures the nation’s economic health.

The leading economic index slipped 0.1% in September and fell for the second month in a row, the privately run Conference Board said Friday.

What happened: The index fell mostly because of weakness among American manufacturers, whose sales have suffered from sluggish exports and disruptions in their supply chains caused by the U.S. trade war with China.

The narrowing spread between short-term and long-term U.S. interest rates — often a precursor to recession — was another negative.

The LEI is a weighted gauge of 10 indicators designed to signal business-cycle peaks and valleys.

Read: Home builders haven’t been this optimistic since early 2018 and here’s why

Big picture: The U.S.-China trade war has hurt the world’s two largest economies, with the damage radiating out to other countries around the world. The impasse over the U.K.’s exit from the European Union has added to the problems.

The damage has been enough to push the U.S. and China to resume negotiations, but it’s still unclear if there’s enough consensus for the two countries to strike a deal. The spat is likely to remain a drag on the global economy until there’s a sharp de-escalation in tensions.

What they are saying?: “The LEI reflects uncertainty in the outlook and falling business expectations, brought on by the downturn in the industrial sector and trade disputes,” said Ataman Ozyildirim, director of business cycles research at the board. “ Looking ahead, the LEI is consistent with an economy that is still growing, albeit more slowly, through the end of the year and into 2020.”