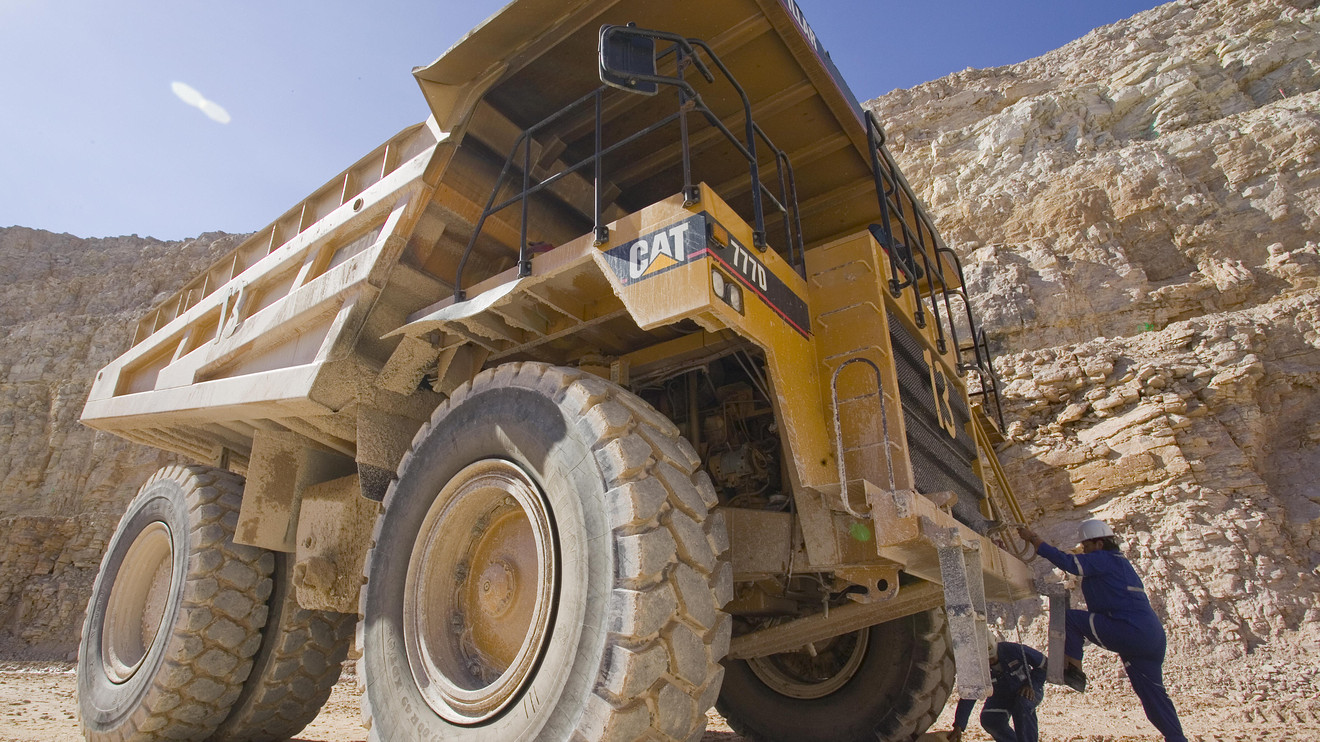 Caterpillar Inc. is scheduled to report third-quarter earnings on Wednesday, and expectations are subdued as trade tensions with China persist and global economies show signs of slowing.

The Deerfield, Ill.-based maker of bulldozers, excavators and other equipment for the construction and mining industries said in July it expects its full-year profit to come in at the low end of its range, and forecast modest sales growth, citing lower sales in China and higher tariff and labor costs.

Caterpillar CAT, -0.08%  is heavily exposed to China, which is undergoing a period of slowing growth. The Chinese economy grew 6% in the third quarter to land right on the central government’s full-year baseline target for gross domestic product, as business activity continues to deteriorate in the world’s No. 2 economy, as The Wall Street Journal reported.

The first batch of earnings from major industrial companies this week reflected the weakening macroeconomic conditions and continued fallout from tariffs, with economic data already showing signs of a manufacturing slowdown.

Caterpillar’s machine sales in Asia fell 8% in the second quarter due to competitive pricing pressure. But revenue in the U.S. and Canada grew 11%, buoyed by strong demand for mining and construction equipment.

As always, Caterpillar’s earnings will be viewed as a broader barometer of the state of the world economy given its roster of international clients in the industrial sector.

See also: The global center of trade and capital is rapidly shifting to Asia

Morgan Stanley downgraded the stock to equal weight from overweight on Friday, where analyst Courtney Yakavonis had rated the stock since March of 2019. The analyst cut her stock price target to $145 from $150 and said she sees growing risks to the company’s core construction and energy and transportation segments.

“Resources segment and share repurchases continue to support EPS, but are unable to fully offset these headwinds,” the analyst wrote in a note to clients. She said she expects negative EPS growth in 2020.

Here’s what to expect from Caterpillar earnings:

Profit: Caterpillar is expected to post per-share earnings of $2.91, according to analysts polled by FactSet, up from $2.86 a year ago.

Estimize, which crowdsources earnings estimates from buy and sell-side analysts, academics, investors and others, is expecting earnings of $2.86 a share.

Analysts on FactSet have an average overweight rating on the stock, although of the 21 estimates that are public, there are 13 hold ratings and one sell. The average stock price target is $139.78, just above the stock’s current price of $131.

Analyst comments: Morgan Stanley’s Yakavonis is expecting the U.S. construction equipment market will peak in 2019 and the energy and transportation markets will fail to re-accelerate in 2020.

“Our [North America] construction equipment replacement cycle analysis suggests that replacement will revert to a headwind in 2020 while elevated dealer inventory levels have also materially increased the risk of a dealer inventory de-stock,” Yakavonis wrote in a note to clients. “We are also concerned about pricing heading into 2020, and think that margins could still be under pressure next year even if input costs fall.”

Yakavonis is expecting a “mild earnings recession” for Caterpillar in 2020 and trimmed her sales and EPS estimates to 4% and 2% below consensus. The analyst is expecting energy and transportation to be hit by recent downward revisions of oil and gas capex forecasts. Morgan Stanley’s oil services team recently updated those forecasts and are now expecting North American upstream spending to fall 7% in 2020.

BMO analysts are also expecting the second half to continue to disappoint.

“Most companies are expecting profoundly lower demand in the back half of calendar 2019, followed by a recovery as we enter 2020,” they wrote in recent commentary. “However, we expect short-cycle businesses to continue to pull back, and as these negative trends look set to feed into later-cycle areas, capital-expenditure-related companies (e.g., Caterpillar and Terex) will likely feel the effects. And possibly more inventory destocking across a number of areas could further exacerbate already declining volume.”

In September, Citigroup forecast softer demand for Caterpillar products and lowered its 2020 earnings forecasts. Analyst Timothy Thiem said he came away from a meeting with Caterpillar dealers more cautious on the stock, as MarketWatch sister publication Barron’s reported.

“Softer domestic upstream energy spend and a stronger [U.S. dollar] result in a reduction to our out-year top [and] bottom line estimates, putting us closer to current buy-side expectations.”