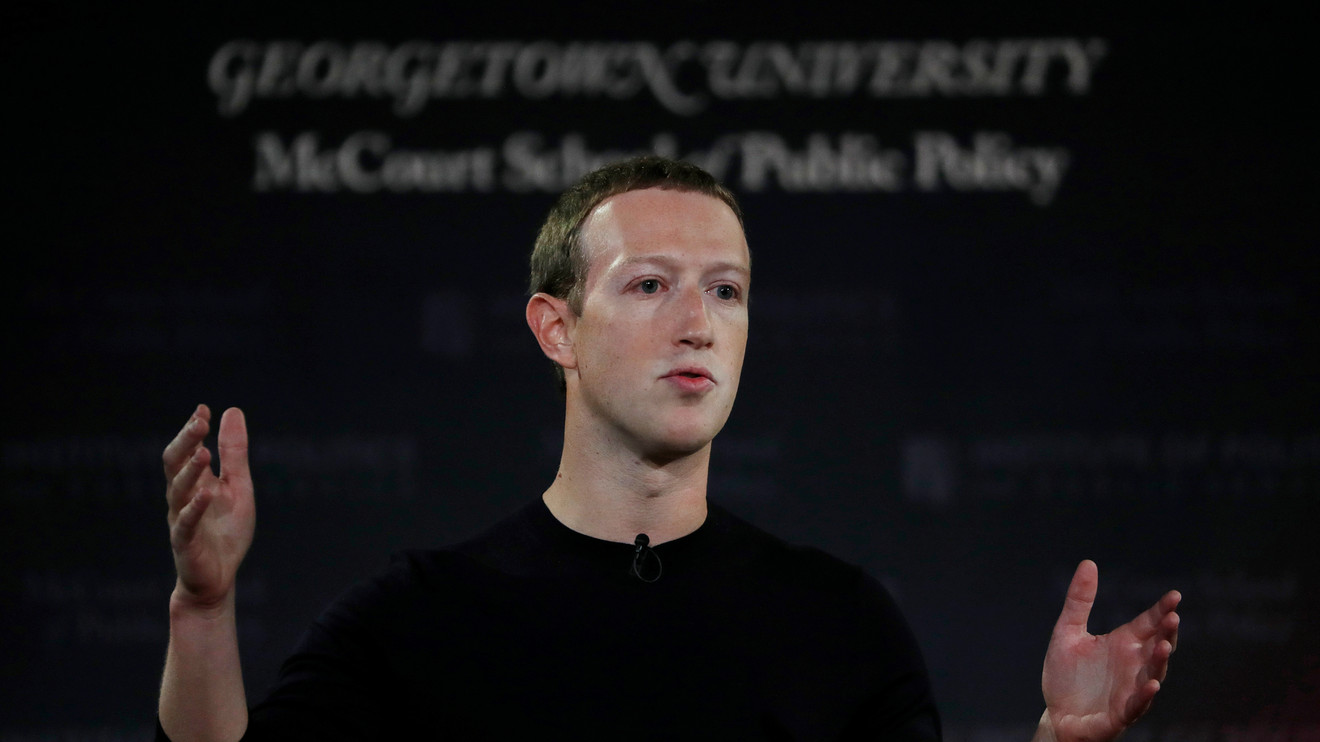 WASHINGTON—Facebook Inc. Chief Executive Officer Mark Zuckerberg asserted his commitment to free speech over more aggressive policing of social-media platforms, in a rare policy speech that could have ramifications for the U.S. presidential campaign and social movements world-wide.

In a speech at Georgetown University, Zuckerberg FB, +0.35%  said he believes it is dangerous for people to focus more on their desired political outcomes than giving a range of voices the opportunity to be heard. He compared the current moment of political polarization to other periods of intense social change, including the civil-rights movement.

“Some people believe that giving more people a voice is driving division rather than bringing people together,” he said, reading from a teleprompter in an auditorium packed with students. “I am here today because I believe we must continue to stand for free expression.”

On Thursday, he said technology companies shouldn’t censor politicians in a democracy. “I don’t think most people want to live in a world where you can only post things that tech companies believe to be 100% true,” he said. “We think people should be able to see for themselves what politicians are saying.”

Doctors urge Americans to get flu shots amid fears over deadly flu strain.