Home
Stocks
Next Avenue: A little culture won’t hurt you…in fact, it might make you happier
Prev Article Next Article 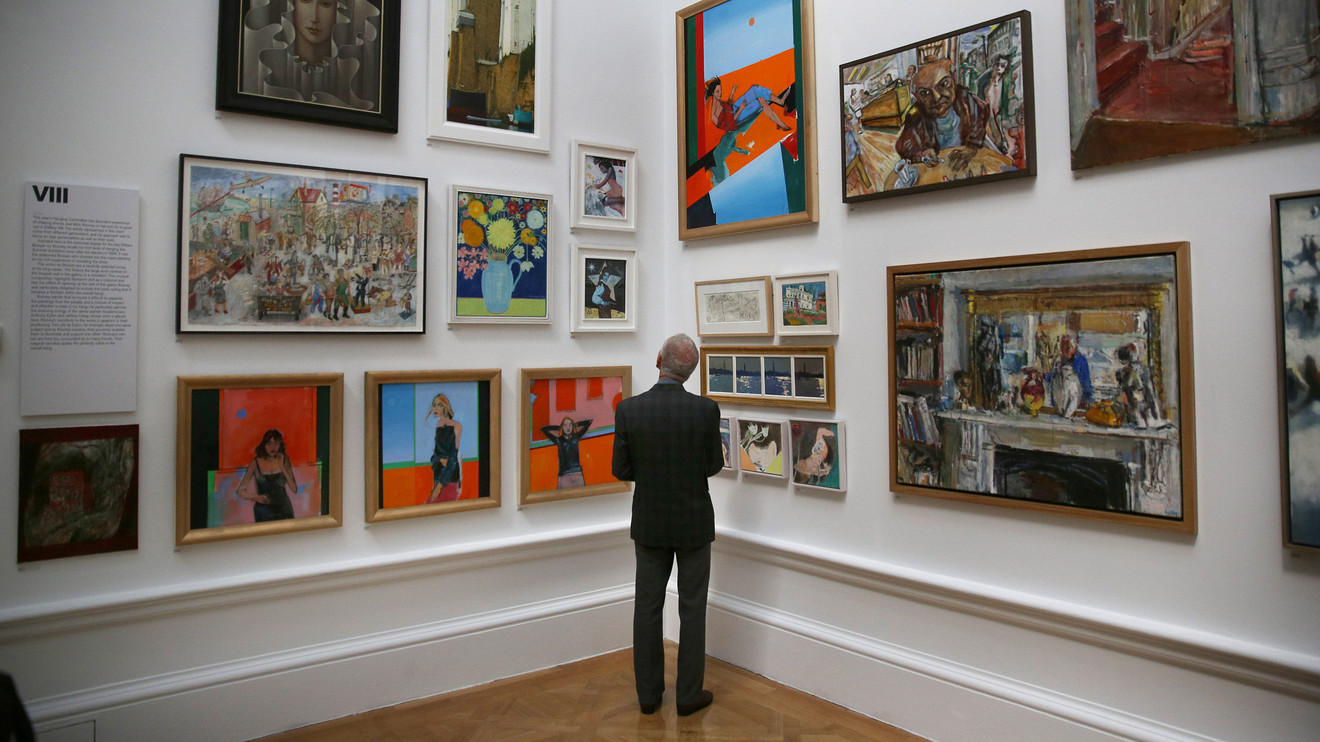 This article is reprinted by permission from NextAvenue.org. It is part of the Vitality Arts Special Report.

Eve Hammond, 76, a retired scientist in the Bay Area, has a steady diet of museum and gallery shows, plays and/or concerts each month. She has also taken craft classes, from jewelry-making and pottery to mosaics, and is a member of a local museum.

“Since my husband died, my only live-in companion is a cat. And while he is wonderful, I enjoy getting out and participating in what this city [San Francisco] has to offer,” says Hammond. “One of my favorites is Pop-Up Magazine, which is multimedia performances and has a sister magazine. I try to never miss a performance, and I’m always amazed by the young people telling their stories. There is so much enthusiasm, idealism and creativity; I leave on an emotional high, which lasts for weeks.”

Research shows that both active and passive cultural engagement (i.e. singing, playing a musical instrument or making a craft vs. visiting a museum or watching a movie) are strong antidotes to depression. A study of the effect of professionally conducted, community-based cultural programs on the physical and mental health of older adults in the U.S. found that those who engaged in active cultural pursuits regularly enjoyed better overall physical health, fewer doctor visits, less medication usage, fewer falls, less loneliness and better morale one year later, versus those who didn’t.

Also see: More research says Facebook can cause depression, this time among millennials

A study of 2,148 people age 50 and older done by University College London, over a 10-year period, found those who do at least one cultural activity every few months have a 32% lower risk of developing depression than those who don’t, while those who engage in at least one cultural pursuit a month have a 48% lower risk. The study, reported in The Journal of British Psychiatry in April 2019, was of people who had no depression when the study began.

The power of cultural engagement

“Cultural engagement involves cognitive stimulation, social interaction and gentle physical activity — three things known to be protective factors in treating depression,” says study author Daisy Fancourt, a senior research fellow in the Department of Behavioural Science and Health at University College. “While growing research over the past decade shows the effects of cultural activities in treatment of depression, this is believed to be the first study on its effects in preventing it.”

Taking account of race, gender, marital status, education level, employment status and wealth didn’t negate the results, the study found. Neither did personality: the study was controlled to make sure cultural engagement wasn’t simply a stand-in for people with more open personality types.

Over the next 10 years, roughly 29% of the people studied experienced depression, determined either by a doctor’s diagnosis or self-description using the Centre for Epidemiologic Studies Depression Scale.

About one in four people 65 and older in England suffer from depression, it’s estimated, and the rate increases with age. Circumstances like the death of a spouse or partner, fewer social interactions, poor health, worsening economic conditions and living alone are linked to depression.

Music for all ages

The Creativity & Aging study, designed by George Washington University to examine over 300 adults age 65+ in three regions (Washington, D.C. area, Brooklyn, N.Y. and San Francisco) in partnership with the Levine School of Music, Elders Share the Arts and Center for Elders and Youth in the Arts, respectively, included activities such as painting, writing, jewelry-making and singing. The Gerontologist published its results from the D.C.-area group of 166 adults, its first phase.

Music has the power to transport, to distract from everyday worries and cares and to put one in a meditative state and transform. The links between music and mental health are well-known. “Music hath charms to soothe the savage breast,” wrote 18th-century English playwright William Congreve (the last word is often misquoted as “beast,” but point taken). Science says our emotional response to music involves brain regions critical to processing positive emotions and rewards. Much music research involves people with dementia in nursing homes, not an experiment designed with a control group, however.

But when it comes to the power of music, age is of little consequence.

A study about group-singing found women suffering from postpartum depression in the first 40 weeks after childbirth who participated in 10 weeks of group singing workshops with their babies experienced a reduction in depression afterward. The study of 134 mothers by Fancourt in partnership with the Royal College of Music’s Centre for Performance Science and the Imperial College Faculty of Medicine in London was also published in the British Journal of Psychiatry.

‘I admire other people’s creativity’

Whether participating or observing, cultural activities offer many benefits, tangible and intangible.

Don’t miss: Massive cuts to Social Security: This is the ‘wall’ Americans should worry about

Layne Zimmerman, 71, is a retired San Francisco business owner who lives alone, and like Hammond, makes it a point to be involved in the arts . She is a member of SF Film, the Jewish Film Institute and City Arts & Lectures, as well as a frequent attendee at Berkeley Rep, the Marsh and Shotgun Theatre.

“I love to read and like storytelling in general; documentaries, foreign films, one-person plays to see stories enacted and author talks where you can ask questions,” she says. “I love the ambience, the energy, the crowd reaction. I don’t feel I’m a particularly creative person, but I admire other people’s creativity. I’m glad to live in such a culturally rich place.”

Sharon McDonnell is a San Francisco-based travel and food/beverage writer who’s whale-watched in the Azores, ridden a camel in Morocco, seen the Northern Lights in Alaska and taken cooking classes from India to Thailand.