Home
Stocks
Market Extra: What a Brexit deal would mean for U.S. stocks and global investors
Prev Article Next Article
This post was originally published on this site 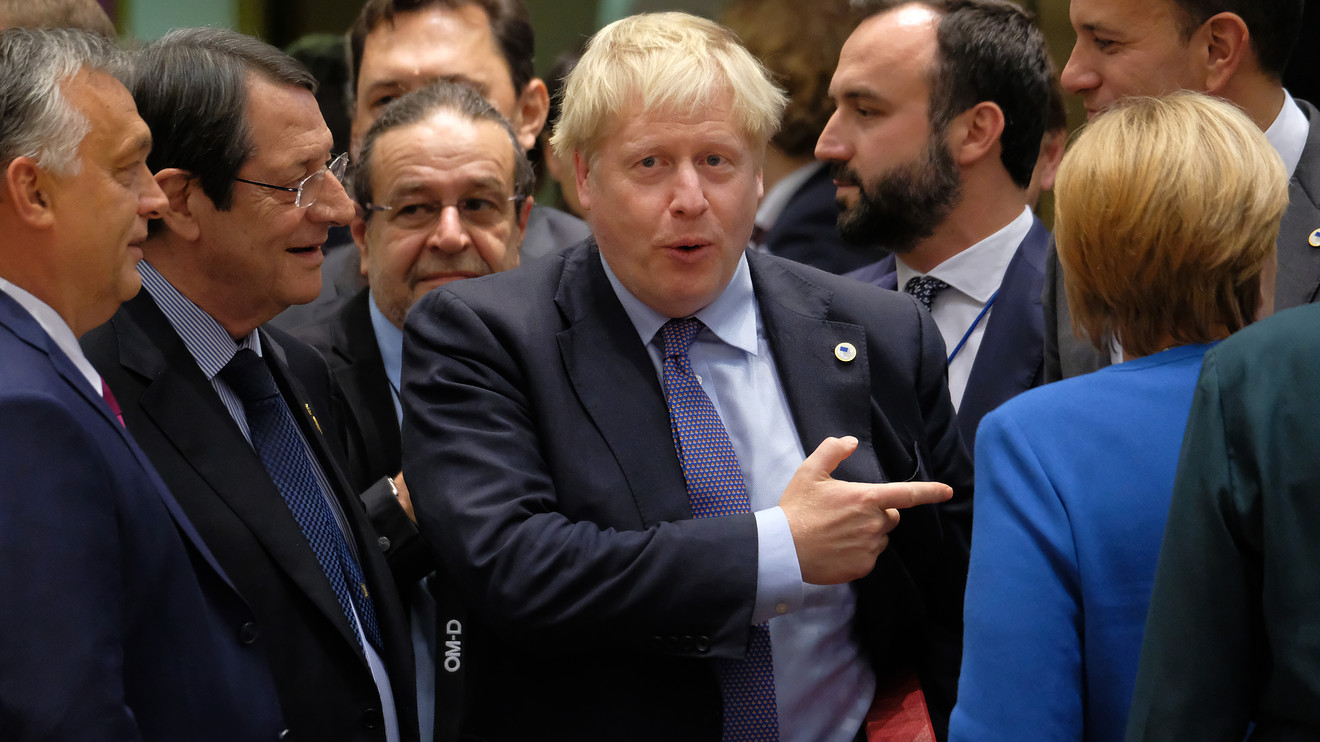 Is that all there is?

A tentative agreement that would put an end to years of acrimonious wrangling and see the U.K. finally leave the European Union after more than three years of acrimonious wrangling gave U.S. stock-index futures a modest pop early Thursday. Wall Street went on to open in positive territory, with the Dow Jones Industrial Average DJIA, +0.10%  hanging on to gain of less than 100 points, while the S&P 500 SPX, +0.33%  rose 0.5%.

European equities were higher, while the British pound GBPUSD, +0.0624%  built on recent, strong gains, only to give them up as concerns emerged over the path to completing the deal.

Granted, the deal faces a tough hurdle in the U.K. Parliament as early as this weekend, but if a deal does get done, should investors outside of Britain get excited? For some economists, an agreement would certainly be a positive, at least at the margins. Brexit, after all, is woven into the fabric of interrelated global worries over strained trade relations and weakening global growth.

As Mohamed El-Erian, chief economic adviser to Allianz, put it on Twitter, the initial move higher by U.S. stock-index futures is “consistent with the view that investors are looking for policy progress to offset weakening global fundamentals, and growing central bank ineffectiveness” to be offset by progress on trade and fiscal policy.

Move up in US #stocks future on the back of the latest #Brexit headlines is consistent with the view that #investors are looking for
Policy progress to offset weakening global fundamentals, and
Growing central bank ineffectiveness to be offset by progress on #trade and fiscal. https://t.co/oTtBHLWAF3

The unexpected outcome of the June 2016 U.K. Brexit referendum certainly shook up financial markets. Losses of more than 3% for all main U.S. indexes that wiped out year-to-date gains for both the S&P 500 and the Dow on those headlines.

The battle over the terms of Brexit contributed to political chaos in the U.K. and a deterioration in relations between London and Brussels. The Brexit vote was followed in November 2016 by Donald Trump’s victory in the U.S. presidential election, rising trade tensions around the world, political upsets in Europe, and mounting fears of slowing global growth and a potential recession.

While Thursday’s action hasn’t been a scratch on the immediate aftermath of the 2016 Brexit vote, analysts say there are reasons for U.S. investors to take an interest in the hot-button topic, even if they lost track of where Brexit stood months ago.

With various relationships around the world going sour, the fact that the U.K. and Europe are setting aside past tensions in an effort to reach an agreement is a hopeful thing for all investors, Nordea Investment’s senior macro strategist, Sebastian Galy, told MarketWatch.

“It’s the form of a light divorce, in a way. It’s a very civil relationship,” he said.

Another plus is that investors don’t have to worry about U.K.-Europe acrimony adding to global issues already out there. “The problem with the U.K. economy slowing is not helpful for U.S. exports,” he said as investors there don’t really need any economic shocks right now.

“What’s happened is there are so many negative narratives going around and they’ve had a significant impact on producers in the U.S. and on consumer households who are affected by these bad stories…it has had an impact on their psyche,” said Galy.

But others contend that a deal, while offering some relief after three years of worries over the potential for a chaotic, ungoverned Brexit, still poses significant economic and political challenges that investors will find difficult to ignore.

The “real disruption” in terms of redirected capital investment and supply chains, along with increased business costs and the loss of business for the City of London, still lies ahead, Lena Komileva, chief economist at G+ Economics, told MarketWatch.

If a deal is completed, the market swill switch from trading the “political risk” of Brexit to trading that economic and financial disruption.

“At a time when global investors are worried about weaker trade flows, business investment and capital flow disruption, Brexit adds more policy uncertainty, which will take another gear off the global growth engine,” she said.