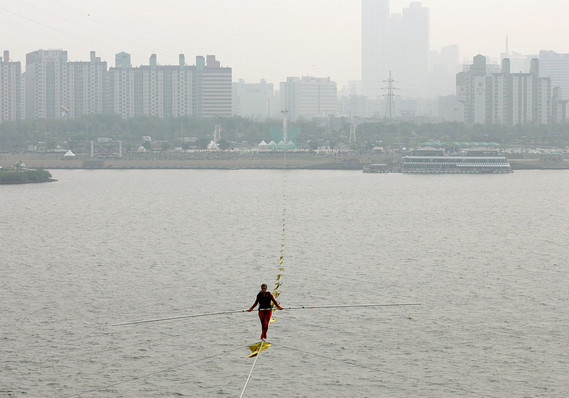 The search for yield among institutional investors has led them to take on riskier and less-liquid securities, the IMF said. In a shock, these investment may need to be unwound, setting off asset fire sales similar to the financial crisis.

All around the world, interest rates have been falling. The amount of government and corporate bonds with negative yields has increased to about $15 trillion.

The problem is that these firms have sold products to their customers with a promise, and in some cases a guarantee, of higher yields.

Institutional investors “have return targets that are much higher than what you can get in the financial market place today,” said Tobias Adrian, director of the IMF’s monetary and capital market department, in an interview with MarketWatch.

For example, the wedge between what German life insurance companies say is their return target and what they can get in the marketplace is a huge 300 basis points or 3 percentage points. It is similar scenario for insurers in South Korea, Taiwan and Japan.

As a result, “these investors are going to riskier and riskier assets, and that’s exactly what we’re seeing, reach for yield everywhere,” Adrian said.

One of the most popular assets for these firms are collateralized loan obligations, or CLOs, an investment structure that was a fairly resilient financial product during the financial crisis.

A CLO involves securitizing corporate loans into a single pool and selling them to investors in tranches.

The IMF is worried that the collateral now going into CLOs is deteriorating, Adrian said.

If downside economic risks were to materialize, these loan instruments might have to be unwound and amplify any downward shock.

“Even relatively small shocks can be amplified due to vulnerabilities,” he said, pointing to the case of sub-prime mortgage loans in the United States.

In their hunt for higher yields, Asian insurance companies – in Japan, South Korea, and Taiwan, have increased their foreign assets to almost $1.5 trillion. Their combined share of the U.S. dollar credit market has risen to 11% from 8% over the past five years.

“If they withdraw, there will be a price adjustment here,” said Fabo Natalucci, a financial counselor in the IMF’s monetary and capital market department.

The capital adequacy of Taiwanese insurers is weaker relative to peers, Adrian said.

The IMF financial stability report published earlier this week said that the U.S. equity market has become overvalued since the spring. Investors seem to think the Federal Reserve will ride to the rescue of the market, the international agency said.

The IMF is not forecasting a global recession but has cut its global growth forecast after trade wars have undermined business confidence around the world.

In the wake of the 2008 financial crisis, governments have focused most of their attention on shoring up the banking sector. As a result of stricter regulation and supervision, resilience of banks has improved, Adrian said.

Now is the time for financial regulators to introduce new tools to mitigate financial stability risks in for non-bank financial firms, or shadow banks, and institutional investors, the IMF said.

“They should tackle risks among institutional investors through strengthened oversight and disclosures,” Adrian said.

U.S. stocks were down Wednesday on a weak retail sales data but remain near record high levels. The Dow Jones Industrial Average DJIA, -0.08%   was down 22 points to 27,001 on Wednesday.