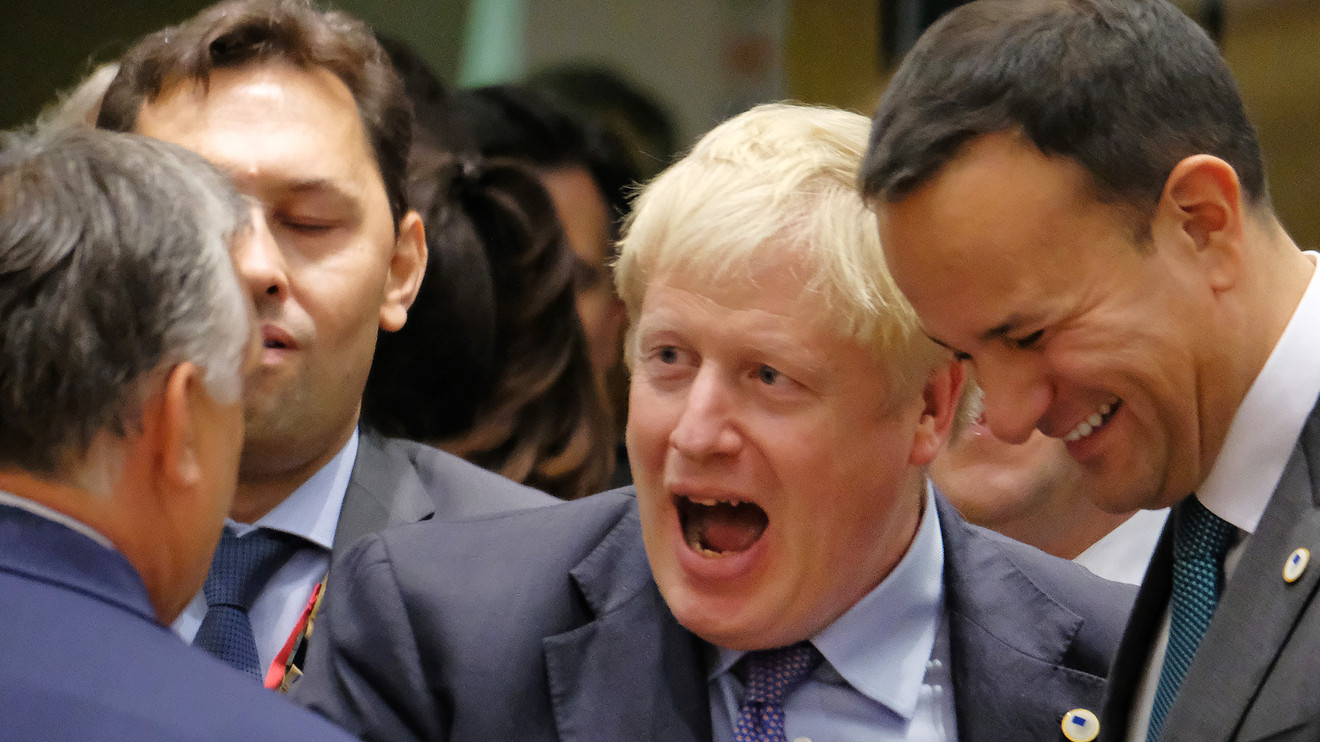 Boris Johnson has signed a deal he said he didn’t need, creating a border he didn’t want, under the authority of a Court he didn’t accept, to be submitted to a Parliament he doesn’t control.

The one “great” thing about the agreement with the European Union that the U.K. prime minister hailed Thursday is that it removes – if slightly – the possibility of a hard Brexit, and the associated foreseeable economic crisis.

But beyond the forex markets’s obvious relief at the possible end of three years of uncertainty — the pound GBPUSD, +0.0780%   jumped almost 1% on the news, before reversing — this is still a deal that will hurt the British economy.

On a scale of 1 to 10 — from no-pain, remain in the EU to maximum damage, no-deal Brexit — the agreement concluded just a few hours before an EU leaders summit in Brussels registers as an 8 or 9. Its economic impact will be worse than the deal negotiated by Johnson’s predecessor Theresa May and rejected three times by the U.K. Parliament earlier this year. That is true both in the short term and in the long term.

In the short term, it leaves the U.K. outside the customs union where it would have stayed under the infamous “backstop” negotiated by the previous government. But more uncertainty is also hanging over the near term economic future. The dearth of investment in the last three years has been the main drag on the U.K. economy, which explains why the country’s GDP is now 1-to-3% lower than it would have been if voters had opted for remain in 2016.

New elections are looming, setting up a border in the Irish sea is rife with practical difficulties, and starting talks with the European Union on a future trade deal will prove challenging after so much goodwill evaporated in the last three months.

The economy will also suffer in the longer term. Reduced trade with the EU and limits on immigration will hit the economy. The UK in a Changing Europe, a think tank, estimates that compared to remaining in the EU, GDP would be lower in ten-year’s time by between 2.3% and 7% – a bigger hit than if the May deal had been approved.

But the political background will count too. Johnson’s government is not seeking to conclude with the EU an agreement on a “future relationship” that would keep both sides closely intertwined. It is just seeking a bare-bones free trade deal, meaning it will pay an economic price for its political choices.

Related: Brexit pact faces steep odds in the U.K. Parliament — and Johnson might not mind failure

Also read: What a Brexit deal would mean for U.S. stocks and global investors