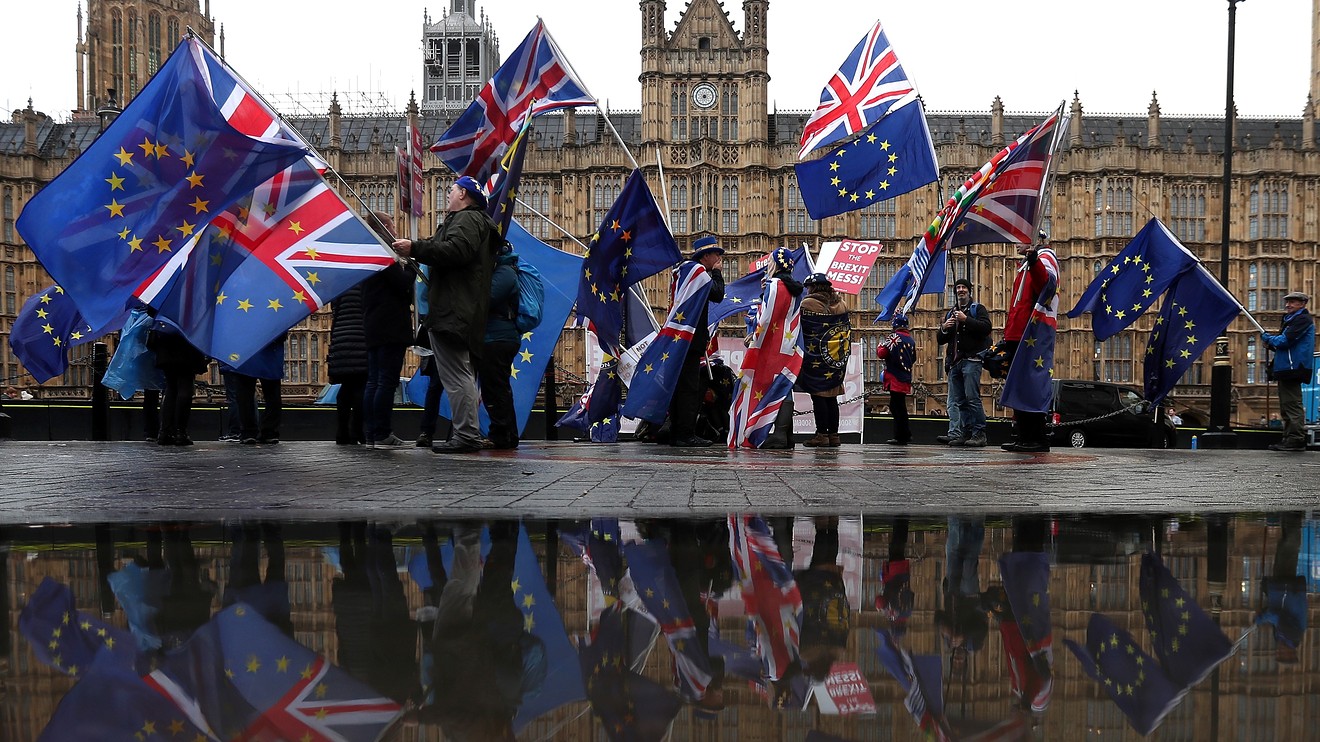 The performance of British firms who rely on the majority of their sales from European markets has deteriorated since the country voted to leave the EU in 2016, according to newly compiled data.

A survey of the biggest 100 firms on the London Stock Exchange that generate more than 50% of sales inside the EU, showed their collective median price performance was down 3.3%, research produced by FactSet for MarketWatch showed.

For companies that generate less than 50% of sales inside the EU the difference was stark—their collective median price performance jumped 47%. FactSet is using the current EU composition, which includes the U.K.

The data underscores the multinational composition of the British index of leading firms, with companies like GlaxoSmithKline GSK, -1.17%  , Unilever ULVR, +0.88%   and Reckitt Benckiser RB, +0.89%  deriving the bulk of their sales outside the U.K.

Also industry-specific analysis of the FTSE 100(TICKER:U.K.:UKX) shows that the consumer, financial, telecommunications and utilities industries are most likely to be vulnerable to Brexit. This is because these industries all have 50% or more revenue exposure to the EU and underperformed the FTSE 100 as a whole.

The data firm also searched for the term “Brexit” in the conference call transcripts of the 67 FTSE 100 companies that conducted midyear earnings conference calls between June 15 and September 14. Of these 67 companies 27 cited the term “Brexit” during the call with the financial and consumer services industries recording the highest number. However FactSet did not detail whether Brexit was cited as a positive or negative impact by these firms.

John Butters, senior earnings analyst at FactSet, said: “Looking at the FTSE 100 overall reveals that companies — regardless of industry — with more revenue exposure to the EU and U.K. have underperformed since the Brexit vote.”

“Both median and average price performance lagged, which may reflect market concerns about a damaging Brexit. This weakness may also reflect differences in economic growth expectations.”

Next year, the U.K. economy is expected to grow slower than the eurozone, not to mention the U.S. and China. “The mixture of Brexit and overall economic uncertainty is making itself felt,” he said.

The research revealed that two-thirds of institutional investors believe the U.K. leaving the European Union without a deal on October 31 will have a negative impact on global markets, with 31% expecting “serious implications”.

If the U.K. secures an agreement before the set deadline, however, 71% of institutional investors expect this to have a positive impact on markets.

Jörg Ambrosius, head of Europe, Middle-East and Africa at State Street, said: “It’s no surprise that Brexit is having a significant impact on global markets, and whilst a confirmed decision is unlikely until the eleventh hour, the vast majority of our clients have factored in the different scenarios to their investments and business models.”