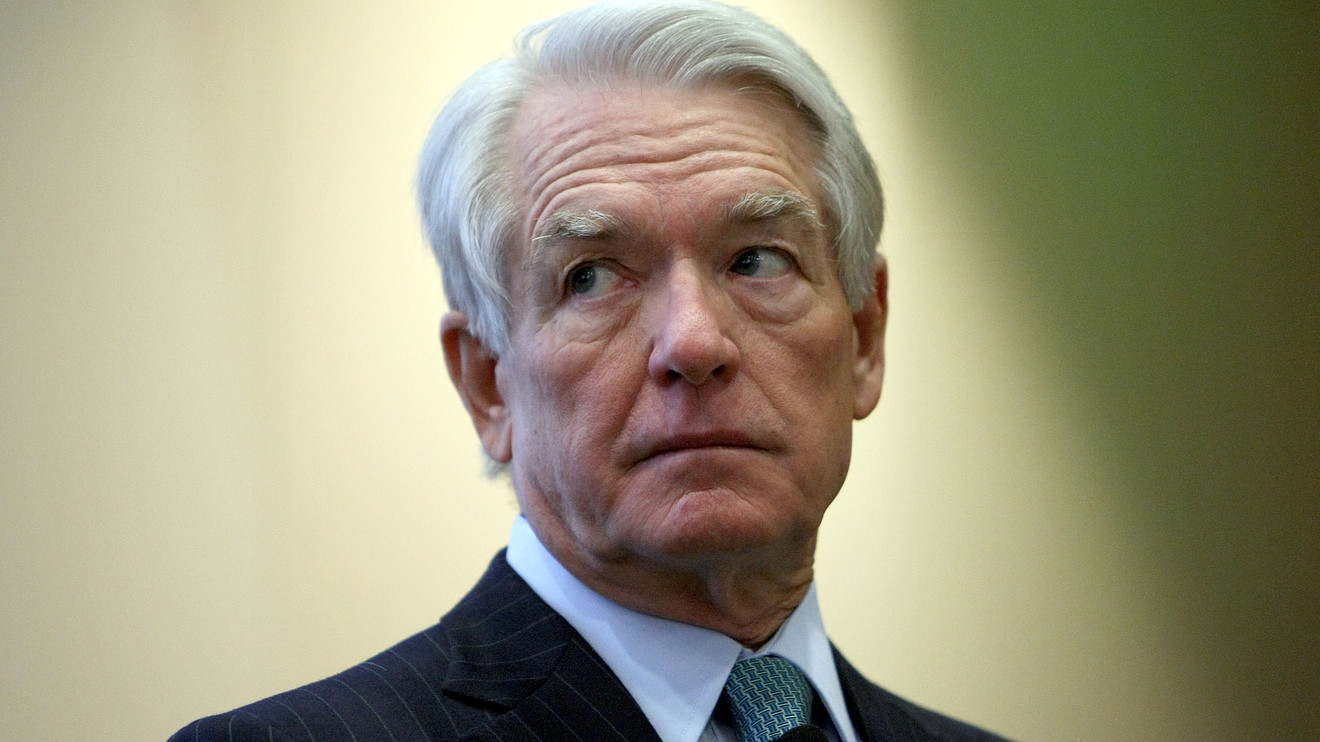 Chuck Schwab, founder and chairman of the Charles Schwab Corp. is taking a victory lap.

As the man who helped launch the discount brokerage revolution after the Securities and Exchange Commission dismantled the system of fixed-price commissions on stock trades way back in 1975, his firms decision to cut commissions to $0 is just “completing the path” he began more than 40 years ago, he said at an event for his new book “Invested” in New York Thursday.

“Wall Street wouldn’t have done this, let me assure you,” Schwab said. “This had to be done by other people not associated with Wall Street.” The insensitivity of large financial services firms to the average investor is a major theme of Schwab’s book, wherein he describes the surprise and glee he felt when he learned that mega-brokerage Merrill Lynch decided to use the 1975 reform as a reason to raise commissions on small trades, opening the door for rivals like his firm to cater to the Average Joe.

In another bid to compete with Robinhood and other online upstarts, Schwab told the Wall Street Journal that his firm would soon allow clients to trade in fractional shares of stocks to help investors who don’t have the capital to buy whole shares.

Schwab has reason to be optimistic. While the announcement has led all four of these publicly traded brokerage stocks to retreat on fees, Schwab’s has performed the best. Since Oct. 1, TD Amertitrade shares have fallen 22.2%, E-Trade shares have lost 10.6% and Interactive Brokers Group Inc.’s stock has lost 14.9%. Charles Schwab shares, meanwhile, have lost just 5.7%, as of Thursday’s close.

The outperformance of Schwab shares reflects its more diversified revenue base. The firm collects just 8% of its revenue from trading fees, while more than half comes from earning returns by investing idle cash left in customer accounts. It also derives revenue from asset management fees and back-office services for institutional investors.

Another source of revenue for Schwab and its rival brokers are payments for order flow. Market makers including Citadel Securities LLC and Virtu Financial Inc. VIRT, +1.75%  pay brokerages to route orders to them so that they can capture spreads on each trade. The practice is controversial because some argue that it encourages brokers to send order to the highest bidder rather than the market maker offering the best price. Canada has banned the practice, while regulators in the United Kingdom have put the practice under review.

In a conversation after his book promostion, Schwab told MarketWatch that the issue is an important one, and that he supported recent efforts by the SEC to force brokerages to disclose more about the practice, while arguing that his firm never lets these payments get in the way of finding the best price.

“Robinhood, they don’t participate, that I know of, in price improvement,” he said. “If you’re a firm like us, we demand price improvement from the market maker and we pass that along to our clients.”

Another concern some observers have with the brokerage price wars is that trading has become too cheap and easy, encouraging investors to make unwise trades. David Bize, an Oklahoma City-based financial planner told MarketWatch that do-it-yourself investors have had low-cost trades for years, which provided ample rope to hang themselves.” No costs would encourage even more trades, which, he said, “most people do poorly, rather than a ‘buy-and-hold’ approach, which would be better for them.”

Schwab disagreed. “With commissions out of the formula, investing is more efficient,” he said. “Commissions get in the way of investment performance and asset allocation and they are an unneeded encumbrance for the investor.”