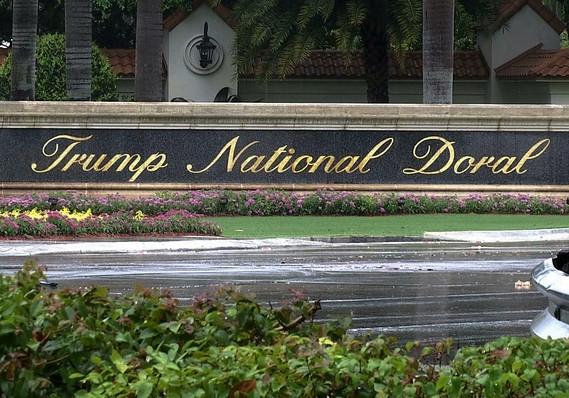 The Trump National Doral has been chosen for the 2020 G7 summit, the White House said Thursday, adding the president will not personally benefit.

Next year’s Group of Seven summit will be held at President Donald Trump’s golf resort in Miami, the White House announced Thursday, as a top official said the president would not profit from the event.

Acting White House Chief of Staff Mick Mulvaney told reporters the summit would be held at the Trump National Doral Miami from June 10 to 12.

House Judiciary Committee Chairman Jerrold Nadler slammed the announcement, calling it “among the most brazen examples yet of the president’s corruption.” The New York Democrat said the selection would be among the matters it continues to investigate. Nader’s committee is one panel participating in an impeachment inquiry into Trump.

Mulvaney said Trump anticipated criticism about the decision. Mulvaney said at a White House briefing that “there’s no issue here on him profiting from this is any way, shape, or form.”

The head of Citizens for Responsibility and Ethics in Washington called the announcement “unbelievable.”

“There is now no question that the American government is being used as a public relations and marketing subsidiary of the Trump Organization,” said Noah Bookbinder, the executive director of CREW, in a statement.

Trump in August floated the idea of hosting the G7 at his resort, and Democrats pushed back at the time, saying it could be a violation of the emoluments clause in the Constitution. The clause forbids presidents from personally profiting from foreign governments.

“The Emoluments Clauses of the Constitution exist to prevent exactly this kind of corruption,” Nadler said in his statement on Thursday.