Home
Stocks
Cannabis Watch: One year on, Canada’s legal cannabis market is down but not out
Prev Article Next Article 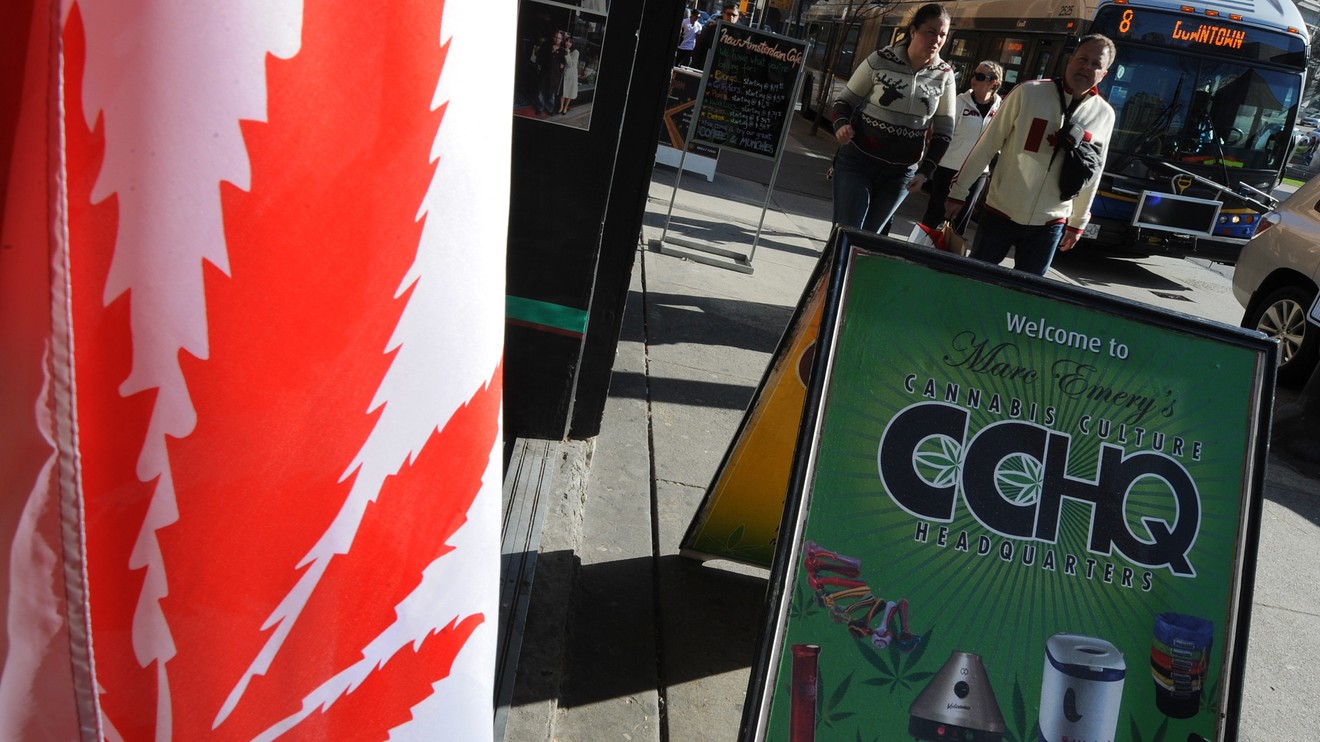 Canadian cannabis companies should be celebrating the first anniversary of legalized marijuana on Thursday, but the party atmosphere has been tainted by a sharp three-month selloff that has seen many companies surrender half their value or more.

Concerns about a lack of profit in the sector have sparked a massive re-rating of risk that appeared to peak last week after a revenue warning from Hexo Corp. HEXO, +13.56% HEXO, +14.46%  that reminded investors that the much-hoped for returns that sent stocks to record levels earlier this year were not materializing.

The Canadian market is still grappling with a severe shortage of retail outlets that has hampered the development of the legal pot market and allowed the black market to remain dominant, according to analysts and investors. Just last week, Statistics Canada released crowdsourced price data for the black and legal markets and found an average legal price in the third quarter of C$10.23 a gram, almost double the black market average price of C$5.59 a gram.

“What the government has done is instituted a lot of red tape, in particular at the retail level, which is making It extremely challenging for licensed producers to roll out product efficiently,” said Greg McLeish, analyst at Mackie Research Capital.

“What the rules and regulations and red tape are doing is to create what I consider to be a new form of prohibition,” McLeish told MarketWatch in a phone interview.

Also: Marijuana stocks, after declines of over 50%, are now only ludicrously overpriced

Jason Wilson, partner in the ETFMG Alternative Harvest ETF MJ, +3.10%, agreed that the lack of a retail footprint is an obstacle.

Wilson estimated there are currently about 500 stores in all of Canada. By comparison, in the U.S., Denver alone has nearly 400 total dispensaries, including medical and recreational.

“It’s hard to get product out and to market it effectively [in Canada],” he said by phone.

The first year of cannabis only allowed for flower and oils to be sold, with the launch of edibles and derivatives expected to start in December. “But even with Cannabis 2.0, nothing will change immediately as a Canopy Growth CGC, +3.02% WEED, +2.65%  or an Aurora ACB, +5.26% ACB, +5.06%  that wants to market a product will have to register with Health Canada and give 60 days notice. Without that opportunity to market a wide selection of products, it will continue to be harder to compete with the black market,” said Wilson.

In some ways, the government is treating the sector as if it were still illicit, said McLeish. Cannabis companies are not allowed to advertise, online customers are obliged to sign in and confirm they are over 19 and medical cannabis is the only medicine in Canada that is taxed, he said.

“Alcohol companies can advertise freely, their sites don’t have age confirmation and they have great distribution, even though marijuana is safer in every way than alcohol. Again, it’s down to government interference, and my concern is that Canada will lose its leading position because of government dithering and red tape,” he said.

The sector has also suffered from corporate governance scandals at companies like CannTrust CTST, -1.89%  , which has had its reputation — and stock price — battered by a scandal involving illegal grow rooms that led to the ouster of its CEO and suspension of licenses.

Deals that were announced with much fanfare last year have fallen through, as happened to retailer MedMen Enterprises MMNFF, -5.51%, which earlier this month terminated a $682 million takeover of PharmaCann LLC. Aleafia Health ALEAF, +9.57% ALEF, +8.75%  ended a wholesale supply agreement with Aphria Inc. APHA, +1.75% APHA, +1.40%  that dated back to September of 2018.

Companies are now facing a possible cash crunch as they have spent heavily to build their operations but are not generating the needed revenue, said McLeish. The analyst said he recently conducted a study of 50 Canadian cannabis companies and found 21 that have six months of cash or less.

Read: Vape sales are falling on fears about the outbreak of vaping-related lung illness

“There were a lot of charlatans out there and some companies started with terrible capital structures,” he said. “The most successful guys are the ones that bring in qualified management from other businesses, such as the CPG space of agriculture, who know how to grow at scale.”

Korey Bauer, portfolio manager at the Cannabis Growth Mutual Fund CANNX, -2.09%, said the sector is going through a “sanitation cycle.”

“Obviously, the bubble has burst but what will happen is that it will get rid of the bad actors and reward the good guys,” he said.

Wilson is optimistic that CannTrust can recover after it said last week it will destroy about C$77 million ($58.6 million) of plants and product as part of an effort to regain regulatory compliance. The stock has tumbled 88% in the last 12 months.

“The view is that legalization is going to happen [at the federal level] in the U.S., it’s going to happen globally at some point and the market will be worth hundreds of billions of dollars,” he said. “It will be a bumpy road. There will be M&A, there will be dilution and some companies may sell assets at a discount. But that is not atypical of a new sector.”