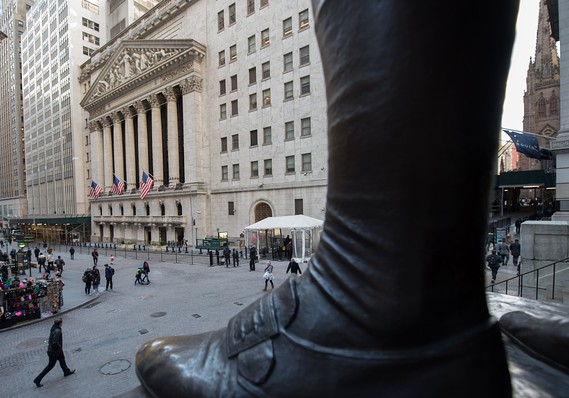 An environment of low interest rates has set off a search for yield and created stretched valuations in risk assets, including the U.S. equity market, according to an International Monetary Fund report released Wednesday.

“Equity markets appear to be overvalued in Japan and the United States,” the IMF said, in its latest Global Financial Stability report. 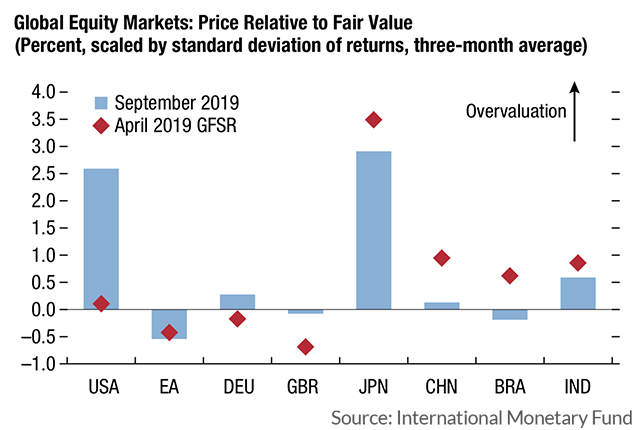 The U.S. stock market just became overvalued since the spring.

When markets have stretched valuations, it raises the possibility of sharp sudden adjustments, the report warned.

The IMF said investors seem to believe that the Federal Reserve and other central banks will respond quickly to sharp tightening in financial conditions, “hence implicitly providing insurance against significant declines in stock prices.”

This sort of safety net was first dubbed the “Greenspan put” after the October 1987 stock-market crash. It is now updated to the notion of a “Powell put”, in an allusion to the function of an actual put option giving the holder the right but not the obligation to sell the underlying asset at a set price, serving as an insurance policy against a market decline. 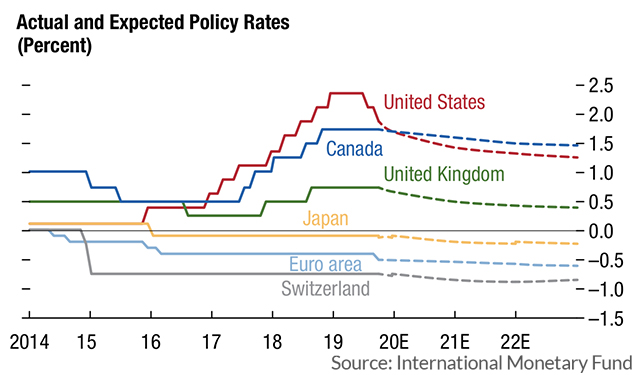 The market expects central banks to remain on an loosening policy path.

Read: A ‘Powell put for the stock market? Don’t even think about it

Despite occasional spikes, implied volatility has been relatively contained on average this year, the IMF said.

The belief in a central bank rescue is allowing investors to ignore tensions over international trade policy and uncertainty about the global economic outlook, according to the IMF.

Since April, U.S. equity prices have increased despite the fact that fundamentals-based valuations have dropped given higher uncertainty about future earnings, the report said.

A separate report released by the international agency on Tuesday portrayed the global economy as getting perilously close to recession territory.

Financial markets seem to think that central bank policy has reached a turning point, and that all efforts over the past few years to move interest rates are now over.

This shift “suggests that a sustained normalization of rates and central bank balance sheets may be more difficult than previously envisioned,” the report said.

Central banks also face a communication challenge “when easing monetary policy to support an economic expansion in an environment of increased downside risks.”

The IMF report also said spreads on high-yield bonds are too compressed relative to fundamentals, along with investment-grade bonds in the euro area and the U.S.

Emerging market bonds appear to be overvalued for more than one-third of issuers included in the JP Morgan Emerging Markets Bond Index Global as of the third quarter, the report said.